West Virginia And Nebraska Have Primaries Tonight, If Those Are Even Real States 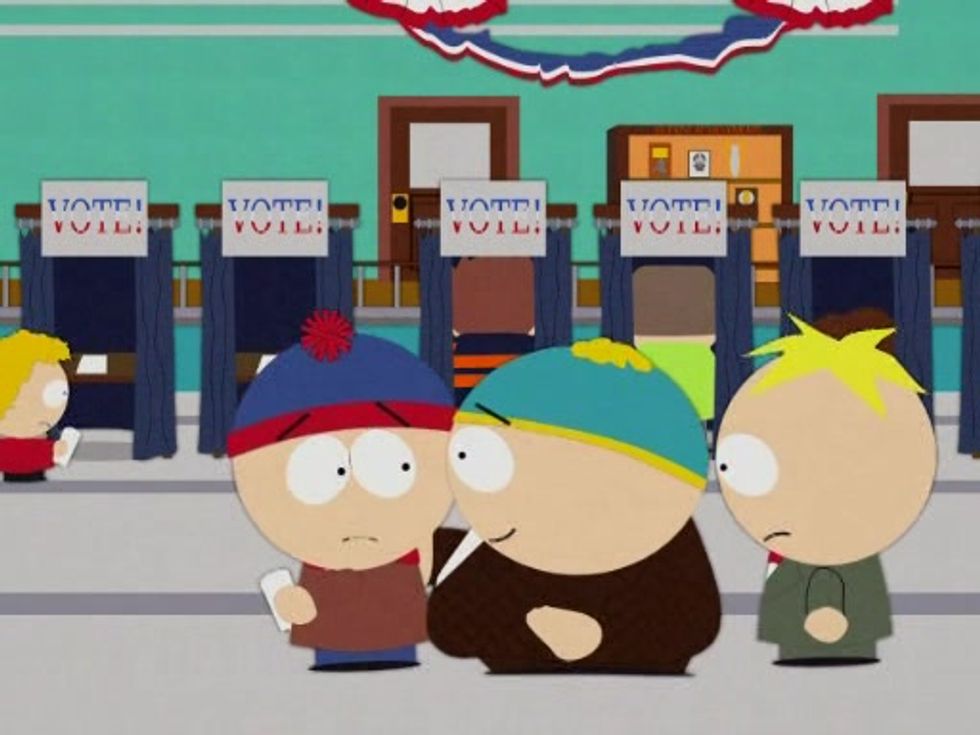 this is how you vote

Oh hey, and YAWN, but it's another Tuesday where there are a couple of widdle bitty primaries happening and ZZZZZZ we don't even know. But maybe tonight will be super-exciting and we'll totally eat the words we just said about YAWN and ZZZZZZ and all the other words we are thinking about "Haven't enough states voted already?" The states doing things tonight are called Nebraska and West Virginia, and here is what we know about them, and what pollsters THINK they know:

Real Clear Politics says Bernie's up by around six points (based on an average of two whole polls) in West Virginia, after Hillary said a dumb-dumb:

Mr. Sanders has proposed legislation that would provide $41 billion to help coal and other fossil fuel workers and their communities, offering support like financial assistance and job training.

Mrs. Clinton has her own $30 billion plan to help coal miners and their communities, including a program to provide funding to local school districts to help make up for lost revenue.

But what people here bring up is a comment she made about coal workers in March, when she said during a televised forum, “We’re going to put a lot of coal miners and coal companies out of business.” She was talking about providing opportunity through clean energy, and she emphasized that coal miners must not be left behind, but the sound bite was a damning one.

THAT'S NOT WHAT IT SAID ON YOUR TELEPROMPTER, AUNT HILLARY.

Anyway, FiveThirtyEight says Bernie might WIN BIG in West Virginny, but they were bonecrushingly wrong last week about the Indiana Primary, so they have tonight to redeem themselves and become our polling nerd boyfriends again. Until then, we are still #OnABreak.

Donald Trump will win in West Virginia, even though he told GOP voters there to "save your vote for the general election," because we guess West Virginia Republicans can't be trusted to remember to vote in two different things.

Um, so there is no Democratic primary in Nebraska tonight, but if you are a Republican reading this, and you live in Nebraska, you may go ahead and hit your polling place before 8 PM (7 PM if you live in the mythological "Mountain Time Zone") and pick corn out of your gnarly butthole with your left hand while you vote for Trump with your right. That's what Nebraska Republicans do, right?

[wonkbar]<a href="http://wonkette.com/601639/ted-cruz-willing-unsuspend-campaign-nebraska-heidi-cruz-slavery"></a>[/wonkbar]OH, you could also go make Ted Cruz very happy and vote for him, so he can entertain the idea of sticking his bad face back in the Republican Primary. He will still lose, but it'll still be funny to watch, we guess.

Nope, scratch that, we never want to talk about Ted Cruz again. Go vote for Trump, or stay home and watch all the Duggar episodes you have DVR'ed. We so don't care.

So that is what is going on! And this is your Open Thread, where you can all watch the results come in and say words to each other in the comments, which are never going to be allowed, so stop asking.