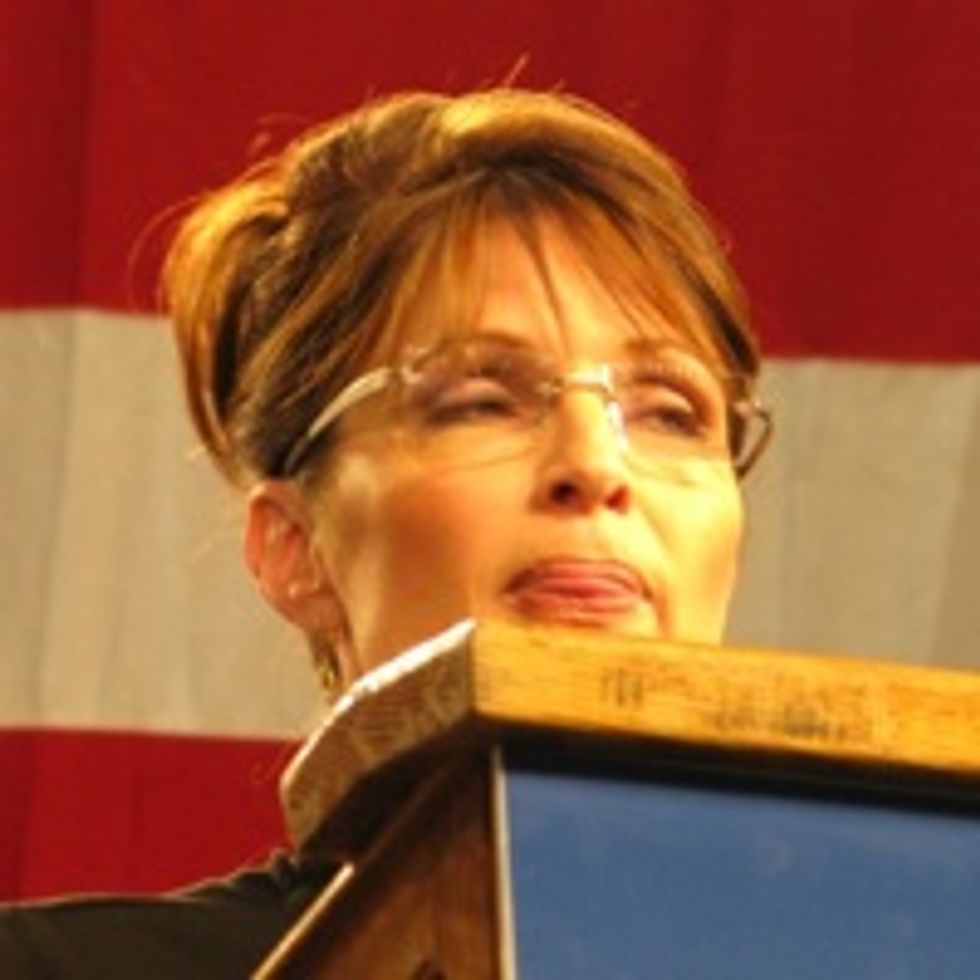 As the snow-meth icing on the Baked Alaska of Sarah Palin's hilarious public self-destruction which is also hilariously destroying the the grisly remainingblood-and-gristle bits of the Republican Party, here is how ABC News describes her exit from the McCain Failure Party, where she was not allowed to speak: "And when McCain and Palin split up in Arizona Wednesday, the personal differences were stark. McCain drove himself home in a Toyota sport utility vehicle. Palin's departure was a grander event. She left with an entourage of 18 family members and friends and a Secret Service detail, heading to the airport in a motorcade stretching more than a dozen vehicles, flanked by a dozen more cops on motorcycles." [ABC News via Steve Silberman]