What A Terrible, Horrible, No Good, Very Bad Week It Was. Your Weekly Top Ten 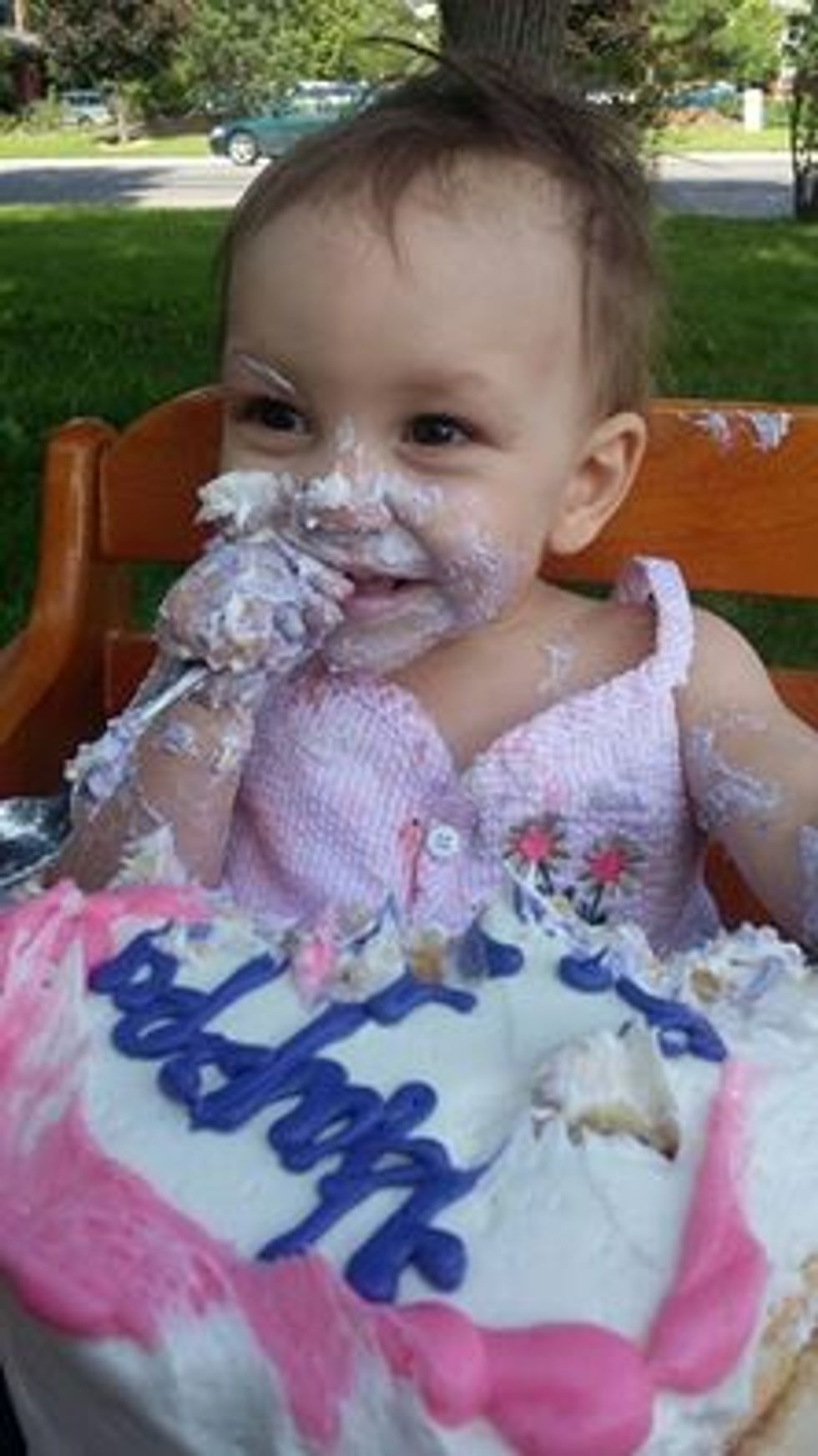 Wonkette baby is one year AND A WEEK old now.

Well, Wonkers, we made it. It is Saturday morning, after a really terrible, very sad week. But we are here, and we have your weekly top ten stories list! Surprise, a lot of them are about the Orlando tragedy. But there are also some about Hillary Clinton being a badass and Donald Trump being a Dummy McBadStupid, so that's nice!

We'll count down all the stories in a sec, but first, if you have ALL THE MANY LOVES for your Wonkette, and you are aware that good dick jokes cost at least eleventy moneys, you should click this linky to toss us $5, $10 or $25, to support the very hard work we do for you every day! Please help! By clicking here! With your moneys!

While you are pulling out your wallet, here's the traditional picture of Wonkette Baby Donna Rose being a scary lion!

1. Far and away, your top story was about that rapist Brock Turner, and his mommy's letter about how she's so sad she can't even hang pictures, because everybody's being so mean to her rapist son.

2. We're pretty sure Ted Cruz loves the Constitution -- or his fake interpretation of it -- more than he loves his wife Heidi.

3. We analyzed an important question this week: Are the Orlando gay club shootings about you, or should you shut the fuck up?

4. Those hilarious Nevada ladies Sharron Angle and Michele Fiore BOTH lost their primaries this week, and now Wonkette is for sad :(

5. This one GOP senator is just saying he hopes Sasha and Malia Obama's dad dies real soon. (Was he saying it in the "with votes" way? No he was not.)

7. After Donald Trump gave his stupid terrorism speech, Hillary gave her own speech and shoved all his dumb words back inside his throat.

8. Another Hillary speech! This time, it was when she woman-carded all over Planned Parenthood, which was so great.

9. Anderson Cooper had to tell that bigot Florida Attorney General Pam Bondi to SIT. HER. ASS. DOWN.

10. And finally, in the #10 slot, our original report on the tragedy in Orlando. Jesus Christ.

So there you go. Those are your top ten most clicked upon stories.

OK, Wonkers, you have one task left and this is it. You need to sign up for the Wonkette newsletter, RIGHT NOW! We are ALL CAPS-ING at you because we are yelling! It's a great newsletter, where we send you secret jokes and promotions and sexxx chats. Do it! NOW! NOW NOW NOW NOW NOW!

While you are doing that (AND SCROLLING BACK UP TO GIVE US $5, $15, or $25 BUCKS IF YOU HAVEN'T ALREADY) let's go to Justin Trudeau's Instagram and see if he posted any nekkid pictures or anything. Just fooling, of course he didn't. Here he is joining the Canada Lady Soccer Team or something, we don't know:

OK byeeeeeeeee, we love you many bunches and stuff and things.