What I Learned From My Beef With These Iran Creeps 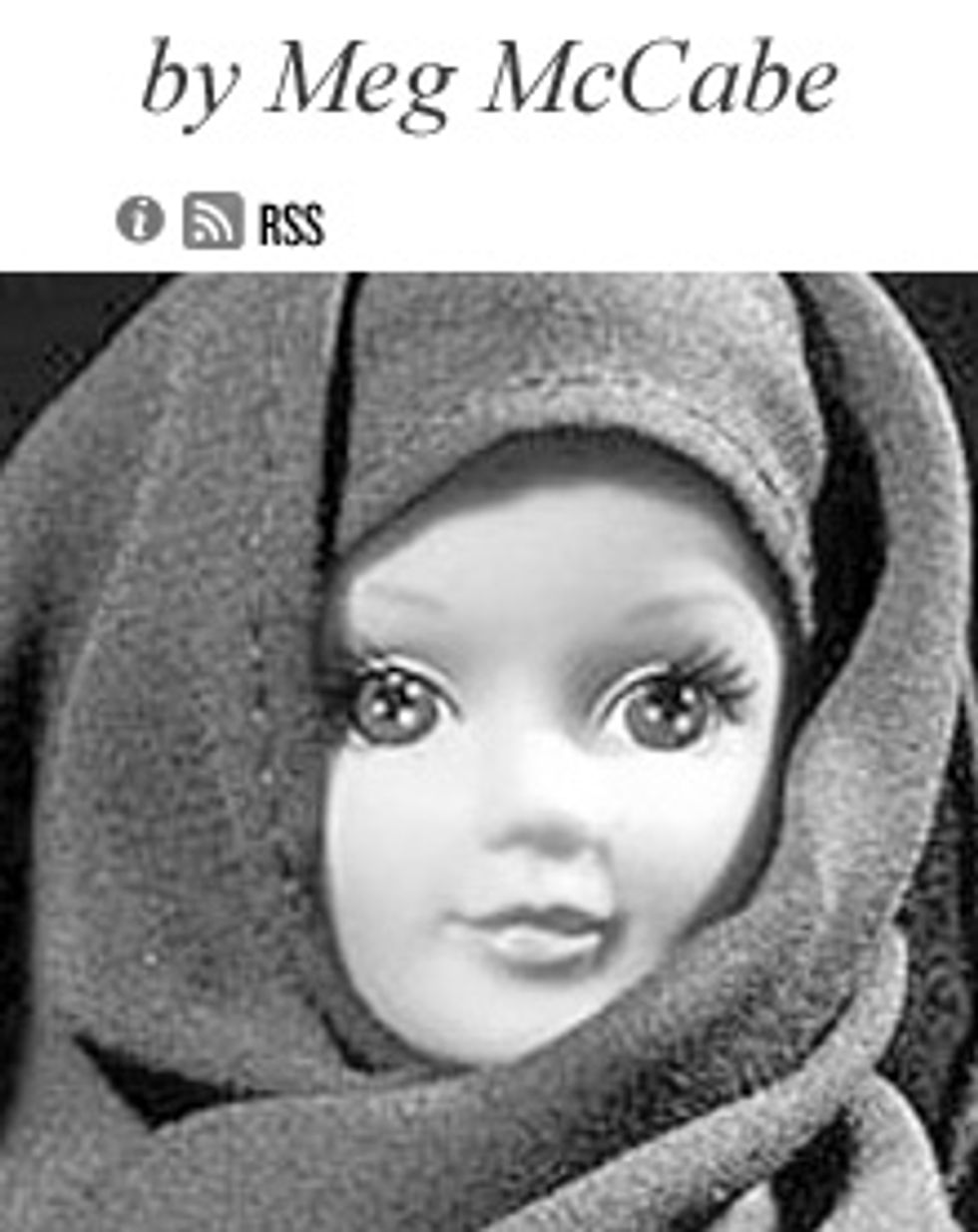 Wonkette recently deployed its own correspondent to Iran. What follows is her report. Names have been changed "because of the definition of anonymity."

Hi ya'll! I'm so honored to be here with all the world-renowned Iranians. As a daughter, and as a Republican woman who is both a fiscal and social Democrat, I feel I am well prepared for my new anonymous position as Wonkette's Anonymous Tehran Youth Correspondent Executive Bureau Chief. In case you haven't been following the news through Twitter or Daily Candy, there was just an election here, in Iran, for President. Now, because of the definition of anonymity, I can't say too too much about how, but I know things about presidential elections. Lots of things. Things that would make you say to me, "Listen, Mawiyah, you should be the first girl to cover a presidential election with a blog." And you would be absolutely right to say that. I should be. And I was. But I don't want to say too much.

Anyway, sunny Tehran. Sunny, sunny Tehran. You would not even believe the things I am seeing. Many Americans won't have a frame of reference for understanding International Situations, so here, I'll put it this way: imagine a great big street filled with people -- let's say Main Street USA, right in downtown Phoenix -- shouting words that even they probably don't understand, and most of them are wearing green. If you were a young beautiful youth correspondent, you would be completely justified in assuming that this is some sort of environmental ... thing. You might have even asked where you could recycle your glass bead necklaces you bought on Murano, out of courtesy for the Iraqis' respect of the desert environment.

Instead, you meet this really cute guy who seems a little stressed out but it's fine, because your college boyfriend was also stressed out all the time and you know how to be Supportive. Except when you tried to be Supportive to Fakhir the other night, he called you dishonorable and now he drunk Twitterberryed you about some new girl named Moussavi who's probably here during ASU's Semester-at-Sea program. Because really, Fakhir. How original.

You know what I was doing when I could have been fucking around in the desert for a Semester-at-Sea? I was working, except you wouldn't understand, Fahkir, would you? You couldn't possibly, because American Politics is a double-standard for women! And as a woman and a daughter, I see that same double-standard here in the Middle East too. Two wrongs don't make a right --a woman has to make her OWN rights.