What If Joni Ernst Were More Like Max Ernst? 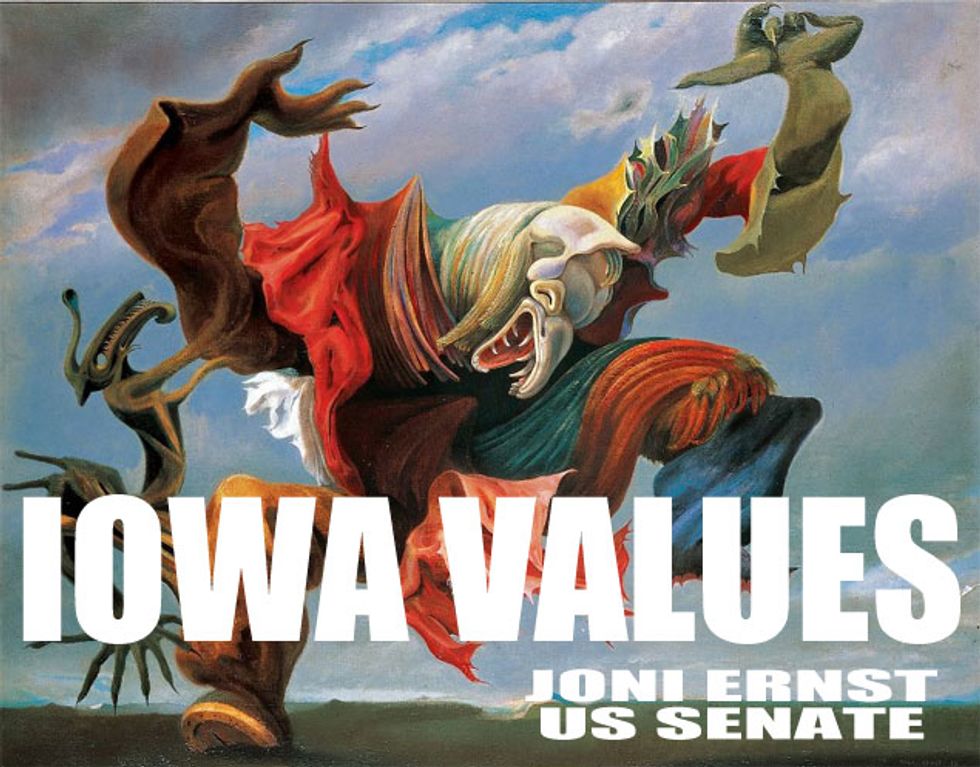 In many ways, yr Wonket has eyes for only one Ernst at the moment: superfab Iowa nutwhacker Joni Ernst. Guys, we are basically popping champagne corks here over her election (we're satirists, remember?). Basically, if there's ever a lull in the next six years, we'll be all, like, WHAT DID JONI DO TODAY? Honestly, we haven't been this excited about an Ernst since that one art history textbook we had in high school featured a Max Ernst painting with tits. Sorry, Max, but you're only the second best Ernst now.

But what if we could combine the top two Ernsts? Wouldn't that be something? After all, as crazy as Joni was during her campaign, we could all tell she was trying to rein it in, to appear more "normal." But what if Joni Ernst were more like Max Ernst? She's obviously dying to burst out of her shell, so maybe a little surrealism would help!

Next time: What if Louie Gohmert were more like Jeff Koons?