What's Up With How 'Teen Vogue' Is So Badass Lately? 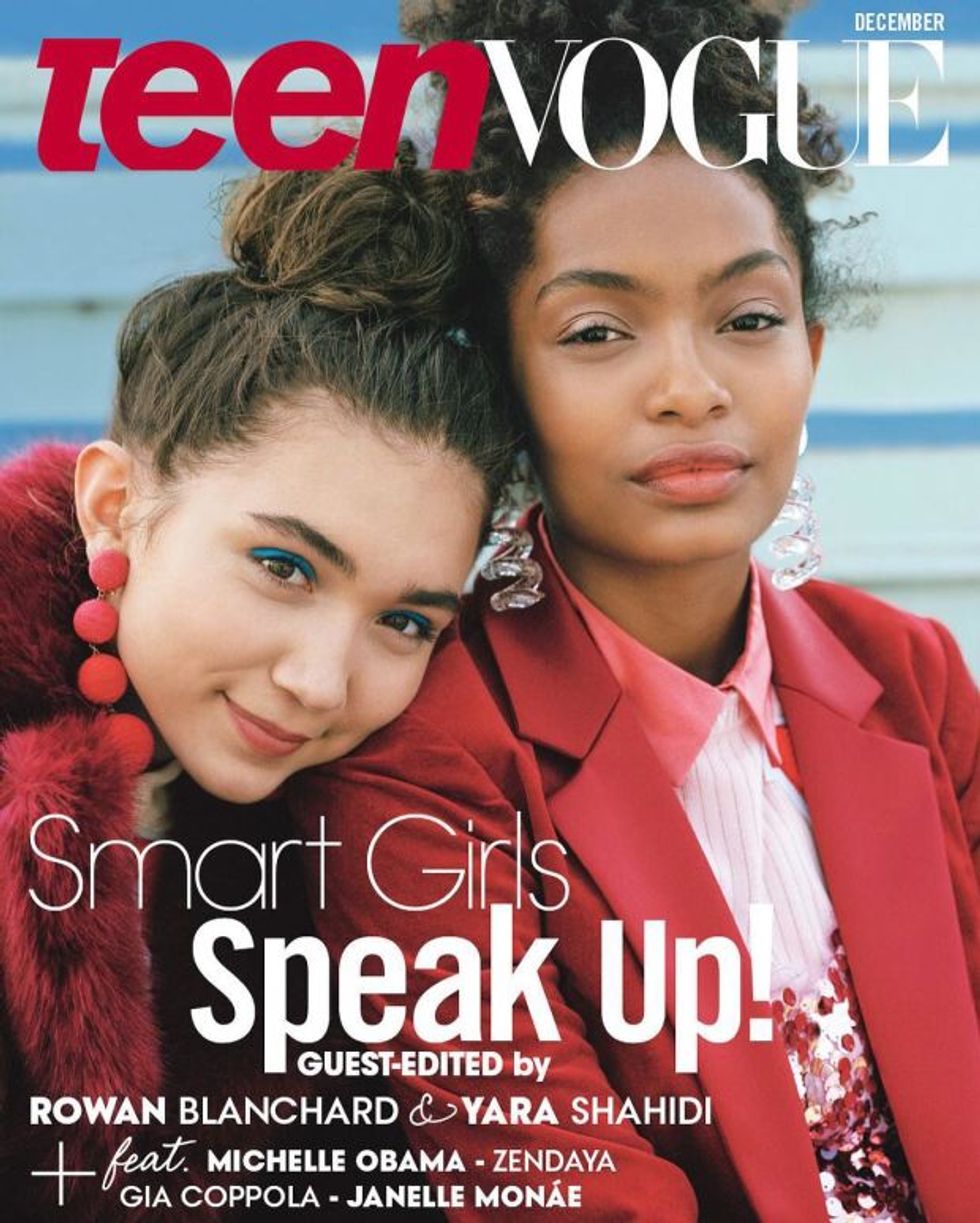 The current cover, which we can totally use because we are being nice and sending them traffic right now.

This is the world we live in right now: Donald Trump is going to be the president of the United States, Prince and David Bowie are dead, and also Teen Vogue is somehow contributing some of the most important journalism commentary on the rise of Donald Trump that exists. Oh, and the Chicago Cubs won the World Series. But yeah, about Teen Vogue, what's up with how it's all of a sudden SO GOOD?

This weekend, if you are on the Facebooks or the Twitters, you probably have seen somebody share this Teen Vogue piece on gaslighting written by editor Lauren Duca. It's a great piece that explains the origin of the term, and applies it to the behavior of Donald J. Trump, whose relationship with the truth is nonexistent as far as we can tell. It's important because the art of psychological manipulation known as "gaslighting" is exactly what the president-elect does to people. It's not just that he's a pathological liar -- he actually uses his lies to abuse people. Go read it! It is in Teen Vogue, for some reason!

Monday morning, contributor Lily Herman published a piece about Trump's insane and terrifying belief that his "smart" brain alone will keep us safe, and that he therefore doesn't need to attend any stinkin' intelligence briefings. It's a smart piece that includes Trump tweets from 2012 and 2014 where, SURPRISE, he criticizes President Obama for not attending intelligence briefings. Of course, Trump was lying when he tweeted those things, and there's no evidence that he actually cares about learning what he needs to know to protect America as president, since he's pretty sure the U.S. intelligence community is fake and in the tank for Hillary. Also, Vladimir Putin hasn't given Trump marching orders to keep America safe, so it's not on his to-do list. That piece, again, is in Teen Vogue.

Hey look, here is a screengrab of the homepage of the website, from today:

Yes, there are still pieces about fashion and items at the H & M store that "KEEP SELLING OUT," but right there in the middle, highlighted all big league, is "This Is What I Learned from DAPL Protestors as a Woman of Color." Teen Vogue is WOKE these days, you guys! And not in the gross sarcastic sense!

Part of that might be because back in May, the magazine hired Elaine Welteroth, a 29-year-old black woman who is the youngest editor ever, and also only the second black editor ever, in the Condé Nast family of publications, which also includes Grown Lady Vogue and also Vanity Fair and also some other magazines. You'll remember, of course, that the longtime editor of Vanity Fair is Graydon Carter, a man who has hated Donald Trump since the very founding of America. Our point is that Condé Nast publications, in general, are probably going to be responsible for A LOT of good journalism over the next few years.

Maybe there's just something in the water over there. Maybe, as The Guardian suggests, it's because the magazine isn't worried about silly things like losing press access to Donald Trump, since they're unlikely to have it in the first place. Whatever it is, our point in this post is that you all should be reading Teen Vogue, at least the politics section, even if you are not a teenaged girl, so update your bookmarks! If you need to take something off your reading list in order to make room for Teen Vogue, we suggest you remove the failing New York Times, because obvious reasons. The Washington Post is a much better paper these days anyway.