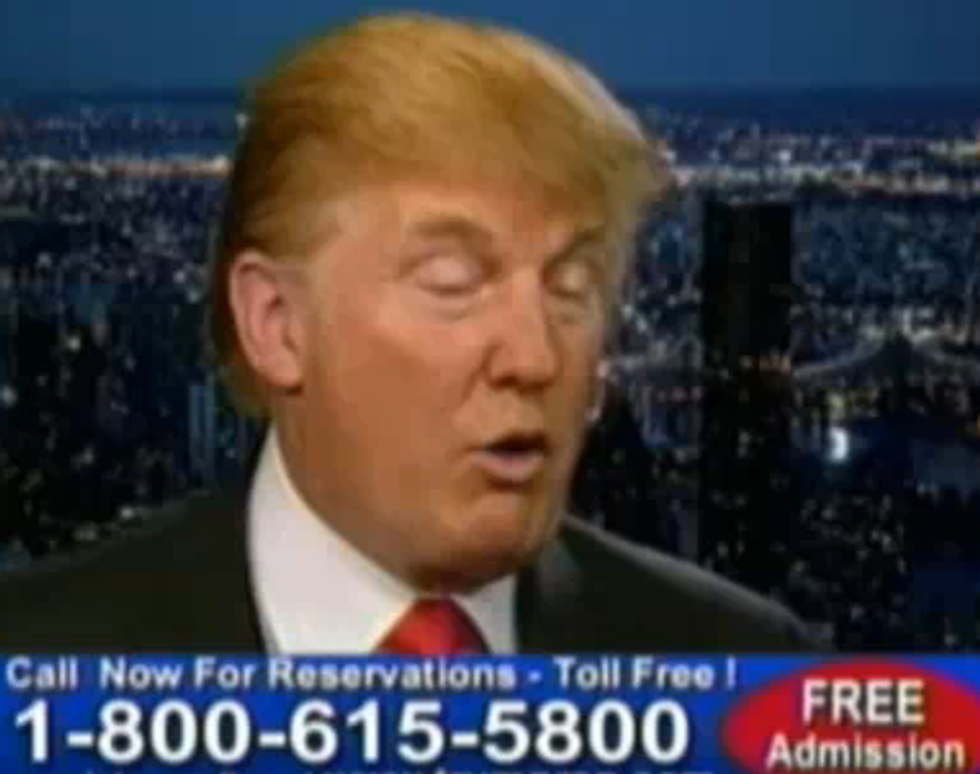 Roger Ebert, commenting on thatVanity Fair article that so upset the Wonkette Community, says this: "Wanton consumption is glorified. Corruption is rewarded. Ordinary people see their real income dropping, their houses sold out from under them, their pensions plundered, their unions legislated against, their health care still under attack .... Yet the most visible plutocrat in America is Donald Trump, a man who has made a fetish of his power." Not just visible, but loved by the struggling white working class somehow duped into supporting the anti-American plunder personified by the evil industrialist exploitative Koch Brothers. Speaking of the Koch Brothers, we noticed on a family vacation last week that Koch Brothers' evil industrialist brands "Brawny" (devastated forests) and "Dixie" (Southern white-power name for devastated forests) sponsor that whole back corner of "Critter Country," behind that Splash Mountain thing. Shouldn't Disney be boycotted for taking money from the anti-family anti-American Koch Brothers?

Oh, ye dumb nation! Trump is being run out of the race, of course. But he's not being run out by the Republican base. They've seen him on teevee! He marries another Czech hooker every couple of years and is wary of "the blacks" and can't even manage to hang onto the MILLIONS AND MILLIONS of dollars his parents gave him, because he was born both rich and stupid, which is why he keeps going bankrupt (which means "defaulting on your bills," which for regular Americans means disaster, but the ultra-rich are not punished for not paying bills, they are in fact rewarded for it).