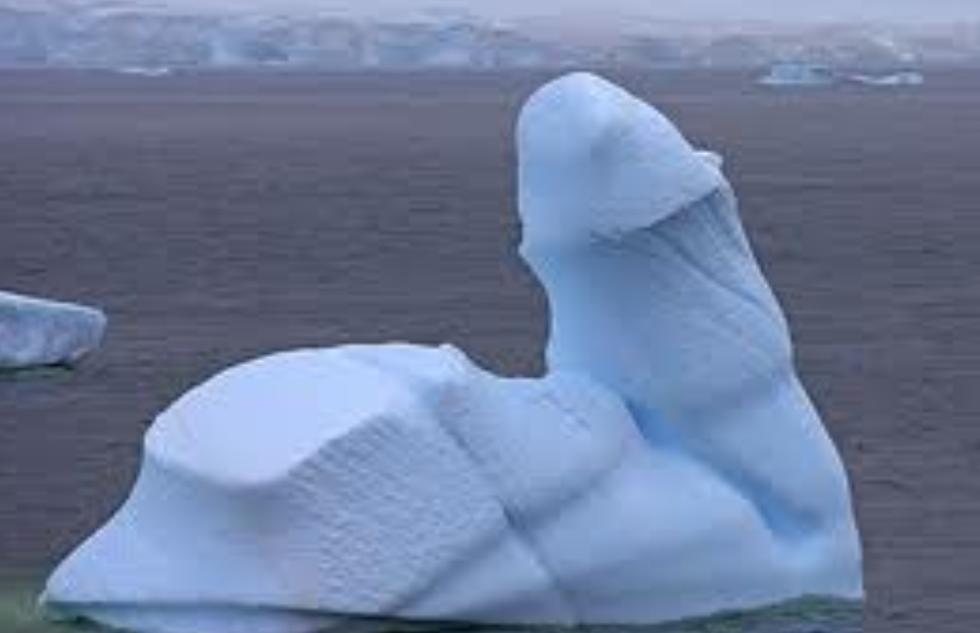 First of all, you know Wonkette believes women. This is not an article about that. Secondly, we know lots of Republican men are gross (and other men too!) and that Florida Man is a particularly terrible example of the species, so we would not be knocked over with a feather to learn that Joshua Cooper, a well-paid GOP consultant from Florida and a close pal of GOP Batboy Governor Rick Scott, did in fact commit this crime against a mannequin:

OF COURSE HE DID THAT CRIME, right? It is Florida Man! He did Ice Penis to a helpless mannequin! See for yourself:

Well, that does look like he is doing Ice Penis, but maybe not. Let's review the evidence:

"It is not at all what it looks like," says Cooper, who spends his spare time as a semiprofessional barbecue chef and insists he was simply throwing away a large slab of ice while cooking in a Memphis competition. Someone took a snapshot at exactly the wrong moment and posted the photo online, Cooper says, making an accidental sexual tableau with the female mannequin.

Pfffffft, "barbecue" and "Memphis," how are those things related to this? OK, actually, they are related. Cooper was clearly at the Memphis In May World Championship Barbecue Cooking Contest, the biggest pork BBQ competition in the world and also the world's largest private party. Yr Wonkette takes a week off work for it every single year. Look, here are a couple pictures:

It is vast and it goes on for days. And each one of those tents is a private BBQ team and you can't get in unless you Know People. That's what we meant when we said "world's largest private party."

Let's go back to Cooper's lame sexcuses for why he did not do Ice Penis:

"That was a photo one of my barbecue teammates took," Cooper tells New Times. "That was our ice luge. It melted, so I was picking it up and throwing it over the fence there. But from the angle he took the picture from, my teammates thought it looked funny and posted it online."

OK, so we are inclined to believe this version of events. As a cook in the pit, Cooper was likely not running around doing Ice Penis to everything he saw. He was very busy making BBQ, and he would have had to be in the zone doing that since his team, The Swinos, were festival winners among LITERALLY ONE MILLION TEAMS that come from all around the world to compete:

As they say in the competitive BBQ cooking world, "You're not going to win first prize if you're too busy doing Ice Penis to cook your meat." So when Josh Cooper left the pit with his melting ice luge to hurl it over the fence (from the picture, we can tell he's at the front of his tent), one of his teammates took a picture. And we are quite sure his teammates are grown-ass men who saw that picture and immediately became 12-year-old boys about it.

The Miami New Times notes that the team slogan for The Swinos is "Getting it moist, and keeping it there." We understand why, to the uninitiated, this naughty slogan might seem to be compelling evidence that this chap Josh Cooper is indeed an Ice Penis Doer. Thing is, half the team names are stupid and sophomoric sex puns about BBQ. Just looking at the list of last year's winners, we see "Pork Me Baby," "Dirk Piggler's Porkographic BBQ," and "Too Sauced To Pork." (Pretty sure we've gotten drunk in that last team's tent.) If yr Wonkette and our friends ever get our shit together and start our own team, the name is already picked out, and we can assure you it is feminist and hilarious and gross.

More excuses from Cooper, about why he did not do Ice Penis:

He says he has three daughters and a young son and clarifies that he does not hump mannequins. [...]

Asked whether he's the sort of person who might joke around with an ice penis in his spare time, he says in a hushed voice: "No, I was just picking up a piece of ice."

WHOA, WHY THE HUSHED VOICE, ALLEGED ICE PENIS-ER? Where we come from, you shout from the top of your lungs that you did not do Ice Penis!

So what do you think, readers? Did Florida GOP Man Josh Cooper do Ice Penis? It's possible! But having spent countless hours of our life at BBQ Fest, our Wonkette ruling is that it's probably just a stupid candid picture that Cooper's dumb friends thought was funny.

Don't say we are never fair to Republicans here at Wonkette.

Of course, if more pictures of Josh Cooper doing ice penis to mannequins surface, that will suggest a pattern, and we will obviously reconsider our position.

This has been a blog post about Ice Penis.

Wonkette salaries and servers are fully paid for by YOU, and we are almost out of credit card! If you love us, click here to fund us.