Which Branch Of Oklahoma's State Government Is Most Eager To Kill People? 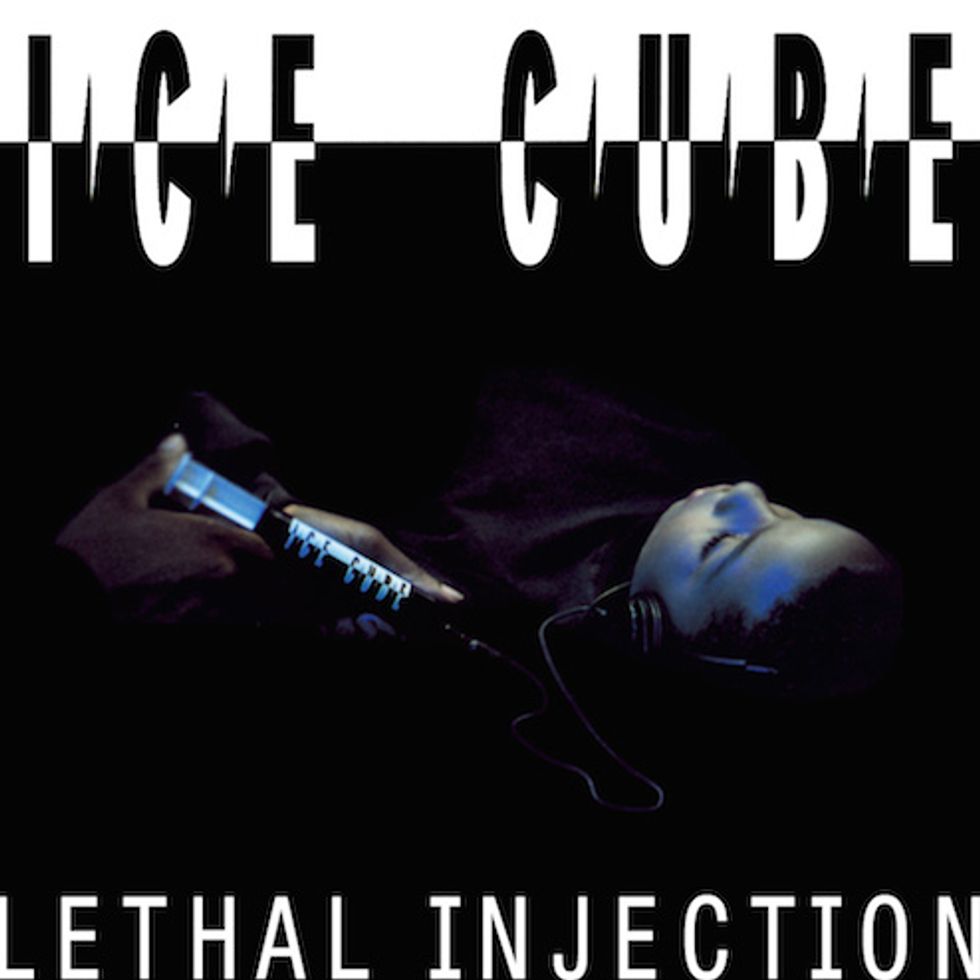 It's been all of three days since we checked in with horrible shell of a human being Oklahoma Governor Mary Fallin and her merry band of state GOPers. A week before that, we saw them kicking the poor in the teeth again and again by banning minimum wages and sick days. You knew that would never fill the yearning maw of hate that is Mary Fallin and the OK GOP though, didn't you? Of course not! Come learn all about just how hard they've been working to ensure they can engage in some sweet sweet state-sanctioned murder, execution-stylee, even though no one is really sure what is in the lethal cocktail they are going to push into someone's vein and whether or not they will die quick or slow or painfully or softly.

Oh, and you can toss some of the blame on the shoulders of the Oklahoma courts too, who finally decided they were totally cool with the death-flavored mystery cocktail.

First, let's chat about that Death's Head Drink. See, there's an Oklahoma law that actually requires that the source of execution drugs be kept secret. Many people have tried to point out, with varying success, that not knowing where things come from and the utter lack of quality control and the fact that most, if not all, US manufacturers won't make the death drugs and that the AMA explicitly tells its members not to participate in executions might all add up to death by lethal injection being cruel and unusual punishment because you don't know what is killing you, where it comes from, and if it will manage to actually kill you or just torture you terribly. Naw mang, says the Oklahoma courts.

The Oklahoma supreme court has dissolved its stay of the executions of two men who challenged the state's secrecy about its source of lethal injection drugs. The court reversed the decision of a district court judge who said the law that keeps the source secret is unconstitutional. [...]

In removing the stay, the court said the inmates had failed to demonstrate "actual injury" and that "the right of access to the courts does not include the right to discover a cause of action" to litigate.

Haha do you know what that means? That means "fuck you." It means that simply speculating the mystery no quality control drug might horribly prolong your death isn't the same thing as ACTUALLY horribly prolonging your death, so suck it. A thoughtful reader will note that once one actually HAS suffered the horrible agonizing death, it is rather difficult to use the courts to rectify that situation.

Well, it sure is handy that the state Supreme Court weighed in, because otherwise Mary Fallin was going to go rogue and exercise her Second Amendment rights or something to make sure these guys got killed but good.

The turnaround heads off a potential constitutional crisis sparked by the state's Republican governor, Mary Fallin, who had tried to override the stay by issuing an executive order to go ahead with the sentences.

A day after the Oklahoma Supreme Court originally issued a stay of execution for the two convicted killers, the governor issued her own order on Tuesday that the state would carry out the sentences next week, but legal experts said she had no power to do so.

Those legal experts are indeed totally right, because generally governors have not been blessed with the power to order people's deaths! We realize that many conservatives are not big fans of the court system, but that whole ordering executions thing is actually pretty solidly in court land. (Yes, yes, drones, Obama, etc. Please fight about that in the comments. Actually, please don't.)

Hey wait, you are probably saying! What about the OK GOP? You promised us terribleness from them as well!

Would yr Wonkette ever let you down? No we would not.

[A] member of the Oklahoma House drafted a resolution on Wednesday seeking the impeachment of state supreme court justices who granted the delay.

Republican state representative Mike Christian told the Associated Press that the five justices engaged in a "willful neglect of duty" when they granted stays of execution. [...] "This is a case of our state's judges inserting their personal biases and political opinions into the equation."

Fucking activist judges waiting a few extra days to kill someone! What the hell do they think they're there for, anyway? Gubmint is made for killing. You pay good tax money to ensure that executions are not thwarted by petty little things like "the law" or "the constitution" or "basic human decency" and the public servants of Oklahoma should know that. Hopefully they've learned their lesson.