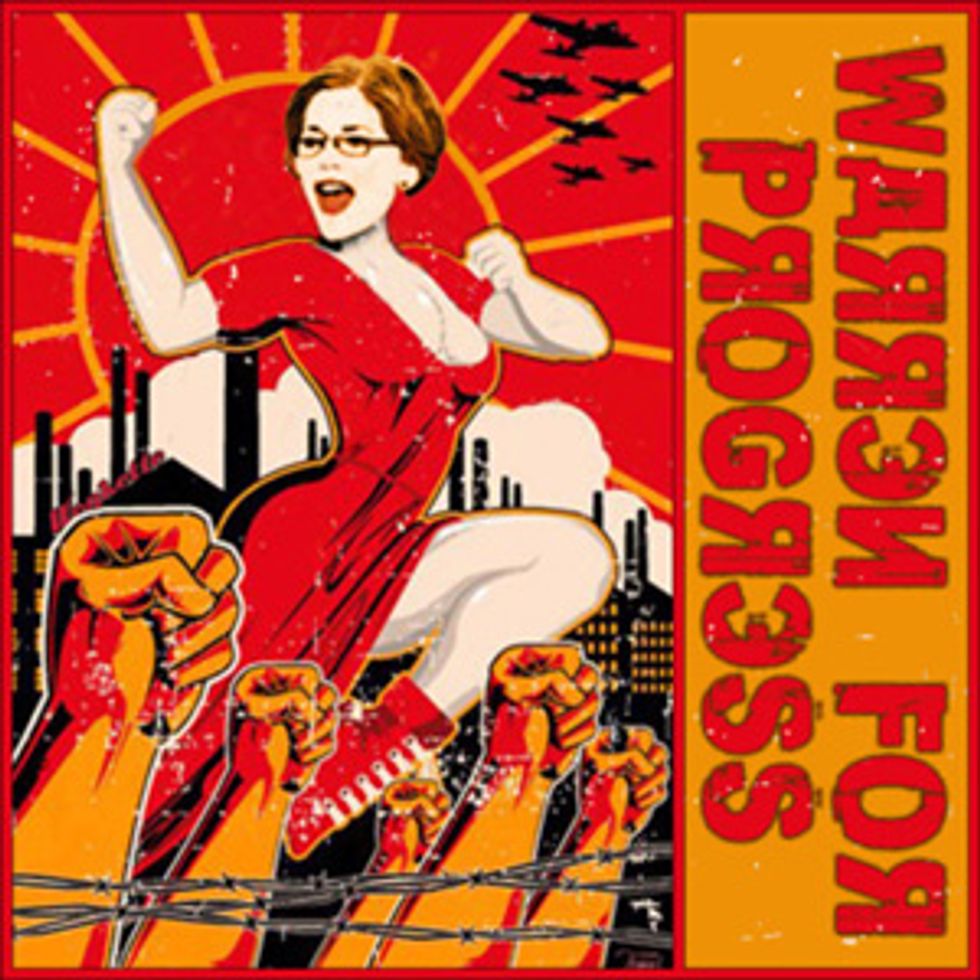 A bunch of anonymous dicks from Wall Street are anonymously warning Politico that if Hillary Clinton picks Elizabeth Warren as her vice presidential nominee, the relationship between Clinton and hedge funds will be "poisoned," and they "will not give her any money," and the American economy will be "bad."

This is, how you say, rich.

“If Clinton picked Warren, her whole base on Wall Street would leave her,” said one top Democratic donor who has helped raise millions for Clinton. “They would literally just say, ‘We have no qualms with you moving left, we understand all the things you’ve had to do because of Bernie Sanders, but if you are going there with Warren, we just can’t trust you, you’ve killed it.’”

Most big donors don’t want Warren on the ticket because she is the most accomplished anti-Wall Street populist in the Democratic Party. But many also think her presence would drive a potential Clinton administration too far to the left, poison relations with the private sector from the start and ultimately be damaging to the economy.

We'll just dispense with the stupid in that last paragraph right quick, because we got shit to do today:

Wonkette Ranks Hillary's VP Picks By Hotness, Because We're Shallow Like That

A) You know who probably doesn't like the conventional wisdom that she is beholden to Wall Street's lovely money? Hillary Clinton. And you know who may not even need that money, because Donald Trump is comically bad at running a presidential campaign? Hillary Clinton. And you know who just got a master class in how much people like you when you raise money $27 at a time? Emails McLiesALot. So she may just tell you all to get farked you farking sons of beeches. Am I saying that would happen? Eh. But if she did tell Wall Street to sit on it, it might even shut up a Bernie Bro or two about lololol no it won't.

B) You know who went out of his way to not put any of you fuckers in jail? Barack Obama. And how did you respond? You whined that he had poisoned your relationship and also wept you were having your heads cut off like the French Revolution, because Barack Obama said "maybe don't give yourself a billion-dollar bonus this year, on account of you should actually be in jail."

C) People who broke the economy should shut their goddamned yappers about Elizabeth Warren being TOO RAD.

Your Wonkette is officially on the VP Warren train. Hillary Clinton doesn't need an attack dog, since she seems to relish the role herself, and she and Warren may not have a close personal relationship (yet!). But if it saddens the tender feelings of your Lloyd Blankfeins and Jamie Dimons and other assorted whiny-ass titty babies, that is what we call YES YES DO IT NOW. Also, because Democrats are so good for our economy, we'll sell even more of theseshirts.