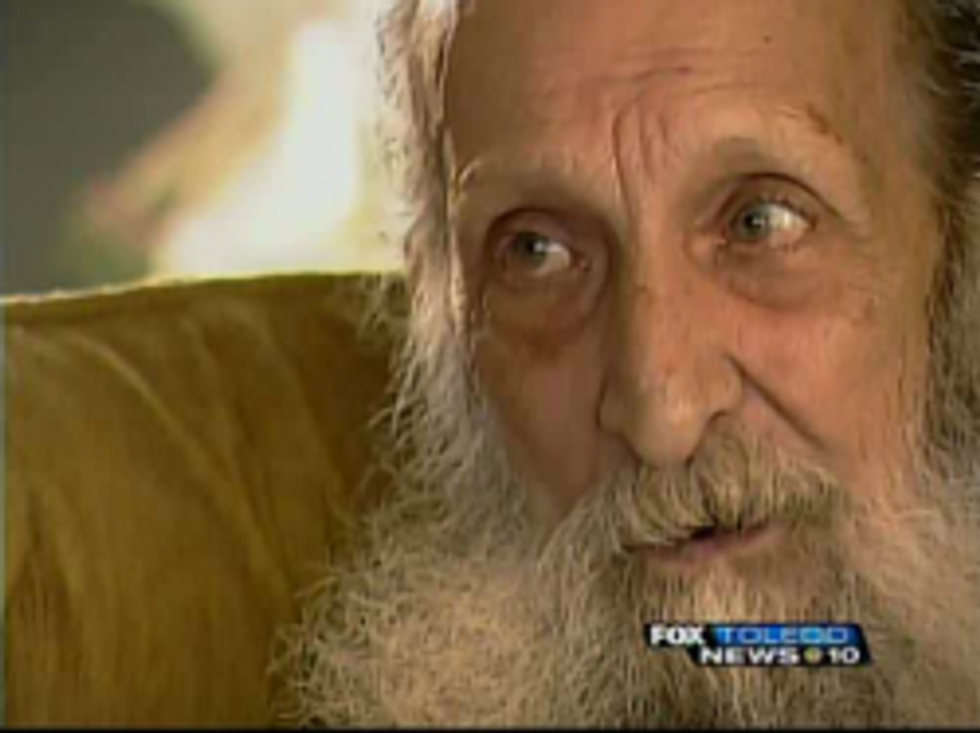 GOOD MORNING. Did you have "March 31" in your Race War Pool? Then you and only you are the winner. (The rest of us will just sob quietly into our Slankets.) Thegood news is that now roving bands of wilding youths seeking out senior citizens to attack in Toledo, Ohio, are racially transcendent. The bad news is everything else. Here is hippie peacenik Mr. Dallas Watts, a frail old man who was drop-kicked and beaten by a gang of six. "Remember Trayvon," he says he told them when they started surrounding them. It was a call to refrain from attacking someone on the basis of his color, but the Very Rotten Children, 11-17, took it instead as an incitement to do just that, and began kicking the shit out of him while yelling "kill the white man."

Look what a fucking hippie the guy is that they chose to beat on:

At his home Monday, Mr. Watts said he has never allowed weapons inside and that when his four children were growing up, they were not allowed to play "cops and robbers, to kill the Indians."

During the Vietnam War, Mr. Watts, who served in the military from 1950 to 1961, refused to let his boys play GI Joes.

There would be no more killing, he said.

But now, Mr. Watts says he plans to buy a gun and obtain a permit to carry it.

Good job, asshole kids. High fives all around! You just mugged an old peacenik and turned him into Charlton Heston. Also? You just lost the moral high ground to the Daily Caller.