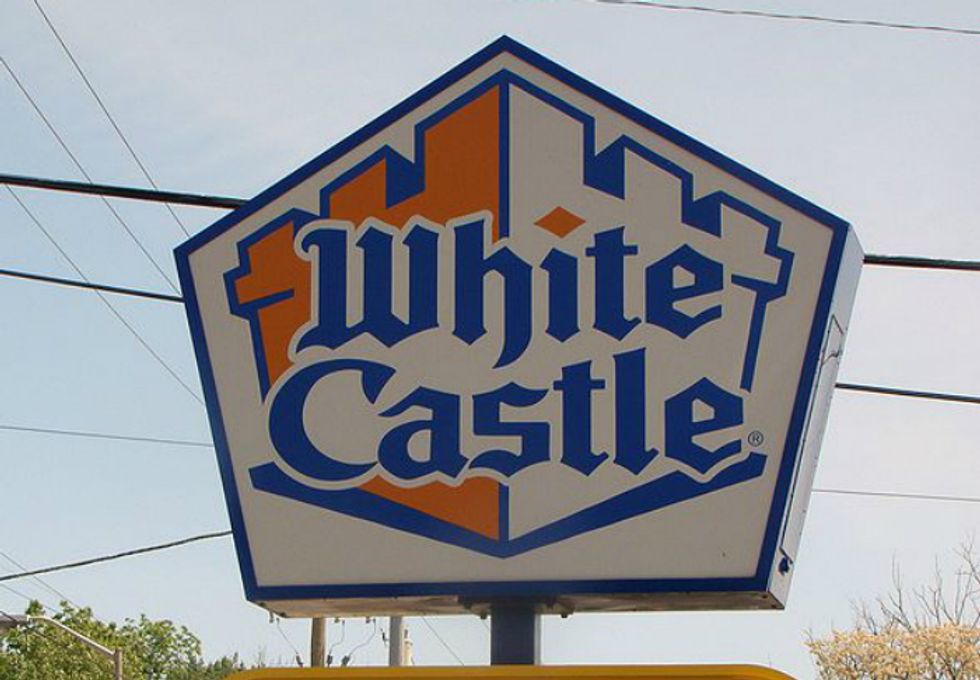 This time, the stupid thing in question is being said by an executive from White Castle, that restaurant your insufferable NY friends (as if you have any other kind of NY friends) talk up incessantly but that you've never actually seen in person in your entire life. White Castle, in the form of company Vice President Jamie Richardson talking to the National Review, has decided it would have to raise prices by quite a lot in order to survive New York's new $15 minimum wage law:

If labor costs rise dramatically, White Castle will have to balance its books by raising prices or changing its business model so that it needs less labor.

"Is there any room to raise prices to cover costs?" Richardson muses. "We think we'd need to increase menu prices by something like 50 percent. It's not something we've done before. It'd be catastrophic."

ONOES -- fifty is a lot of percent! Wow, this new wage law must be a disaster, huh?

Yeah, about that. We can only assume those numbers came from the eminent scholarly research firm of Their Own Butts LLC. As far as we can tell, they got to 50% less through careful quantitative analysis and more by throwing their own poop at a blown-up picture of a needy family and seeing what number the splatter pattern most resembled. Actual studies into the effect of raising fast food wages on menu costs show that prices actually go up by about 4%, at least in the case of McDonald's, and the damage to the industry's business model is negligible at worst.

Now, MAYBE, because White Castle is an outlier in the industry for selling their items so cheaply, their margins are different. Granted, this is probably offset by the fact that one doesn't really buy one slider at White Castle, but 3 to 5000 depending on how many tequila sunrises are coursing through your veins. Still -- for the sake of argument, let us assume the percentage White Castle would have to raise their prices is different from other fast fooderies. And maybe they CAN produce numbers that show 50% isn't a ludicrous apocalyptic fever dream! We can't know since no studies have been calculated specifically towards White Castle. Maybe those numbers exist, and if we ever see them, we will happily eat crow. But until we do, we're going to assume they're purely a scare tactic. But even in that instance, the menu is so cheap anyway that its not like it's breaking the bank.

"But you're wrong about it not being bad in general, because this isn't just theory!" you are shouting, if you are an asshole. "What about Seattle, where the $15 minimum wage is KILLING restaurants?!" To which we can only respond oh man, has it been that long since we pointed out that argument is complete bullshit and Seattle has not, in fact, seen the dawn of restaurantmageddon? In that case, yes, that argument is stupid and wrong -- Seattle's restaurant industry is doing just fine. You dumbass.

So, new plan: sliders can go fuck themselves, as can monstrosity burgers proffered by scantily clad women. Instead, who's up for some coneys at Sonic, where the people in charge are apparently not uberdouches?