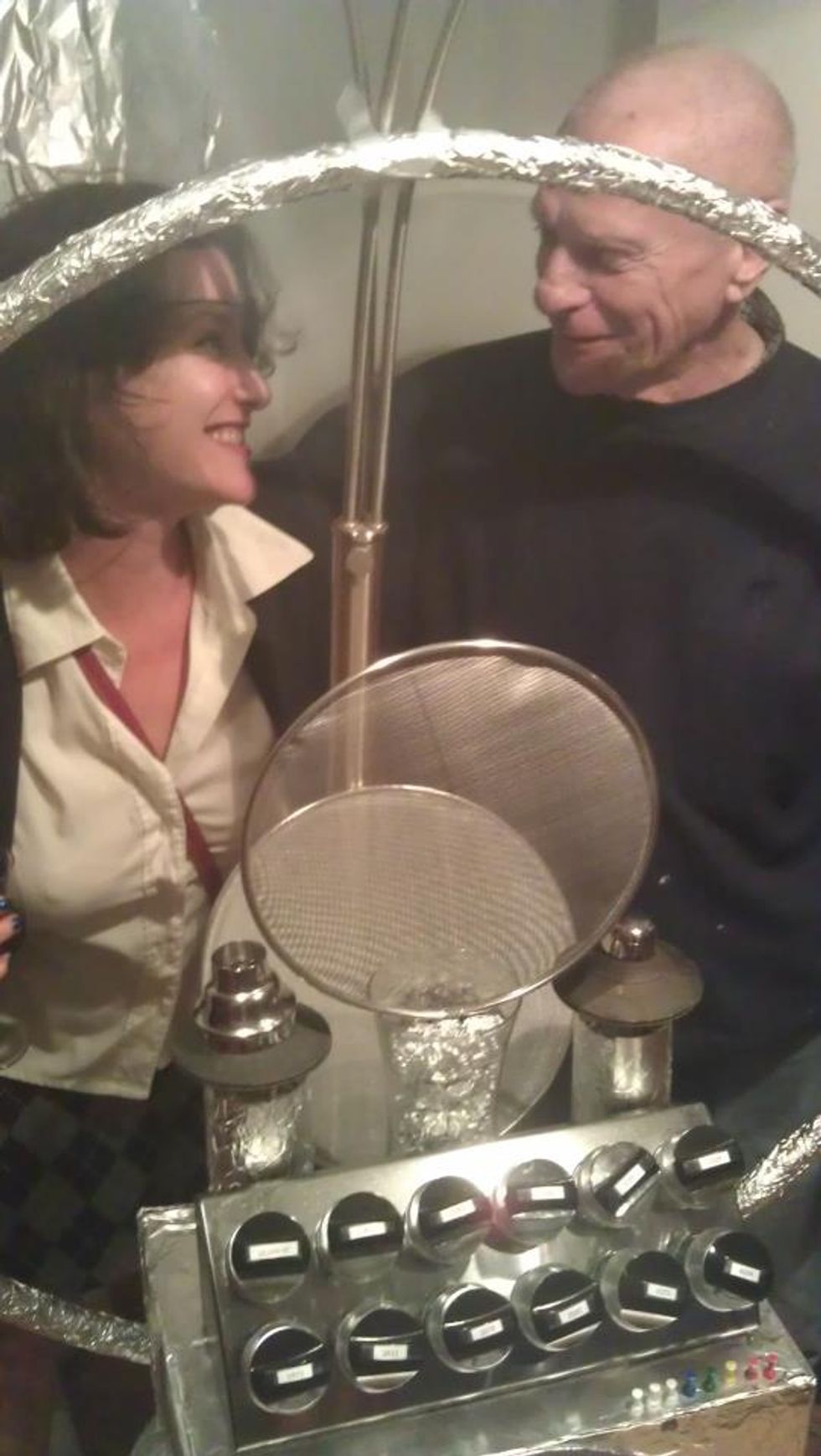 Yeah, you got it: a time machine!

The guests are gone, the strata is ate, and Old Dad is on an airplane to me to spend the rest of his days until he hitchhikes to freedom. (That is not a euphemism for dying; that is Old Dad literally hitchhiking his ass out of here once he's had enough of this shit.)

I hear from Dad a few times a week, when he's seen something on the news (NOT FOX) that he wants to tsk over or show off his news-watching acumen. Yes, Dad, Jared Kushner is a little fucking punk. Yes, Dad, the Obamacare repeal is really fuckin' evil. No Dad, I can't believe these fucking fuckers either, they are REALLY SOMETHING. But last week, Dad was rambling and slurring, and while his parents both had dementia at the end, this was more chemical and less organic. Dad, who first got clean when I was eight and spent 35 years as a drug counselor, had relapsed. It happens sometimes.

The last time was 10 years ago exactly, on his 69th birthday. That weekend of speedballs turned into three months in a coma and then maybe six weeks in the hospital bed I'd installed in the dining room, before he could walk out and hitchhike to freedom.

This time was a crashed car, a cross-freeway run after his lunatic idiot dog, an all-night rant about "shadow people" in the trailer we bought for him, placed on our sister Sarah's sister Judy's Temecula ranch. The EMTs took him, unwilling, to the hospital for an evaluation, where the doctors told my sister it was "just" methamphetamine abuse, and released him immediately.

"Then how did it get in your blood?"

He stopped. "It isn't a car?" he asked. "Well no wonder he doesn't want to get in it." Then he moved the dog to the next one.

Then there were the two big muscle guys who forced him to detox. The doctor who followed him out of the detox center, and stood with him at the side of the road while Dad stuck out his thumb. "This man is under a medical detox," the doctor said to the first man who pulled over. "Do not give him a ride."

We've got a detox to look forward to. (This would be illegal. Hmmmm.) We've got Dad's regular dad-ness after that. (He is not a fan of doing what anyone else wants him to do, ever.) And we want that dad-ness to last a long, long time. Sit down and shut up, Dad, I have made you a strata and tomorrow is pot roast. We love you.