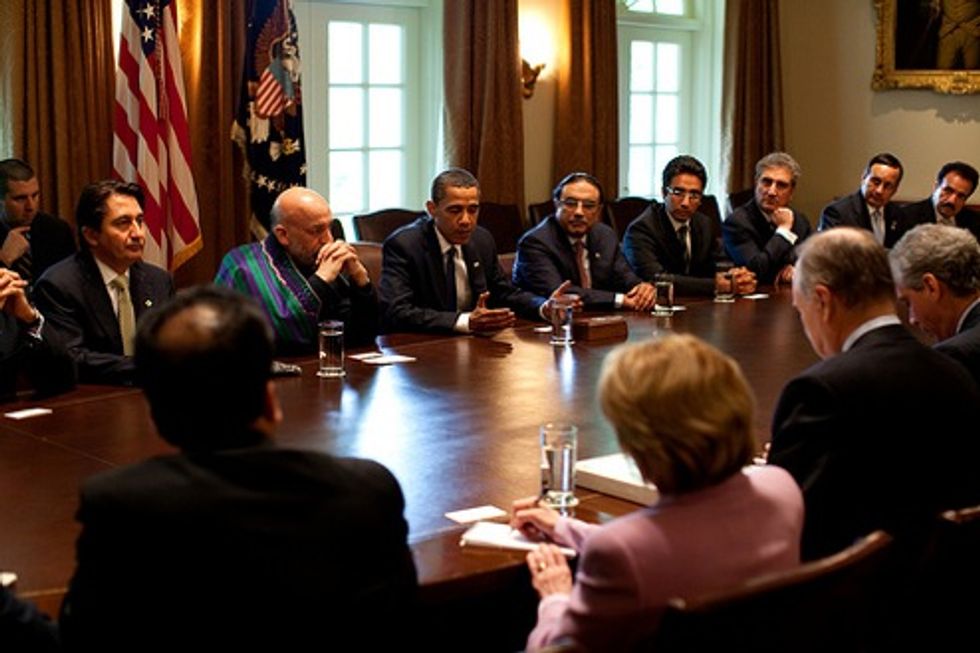 It's just plain great to have the official White House photographer putting stuff on Flickr all the time -- it is great for democracy, it is great for voyeurs, and it is especially great for independent websites lacking the budget for, say, an Associated Press membership. But, because Flickr is technically "part of the Internet," these noble images from the White House have a completely typical wasteland of comments beneath each picture. Why does the Internet hate anything nice?

Flickr is really one of the most elegant spots on the whole dirty web. And it attracts people who take photography seriously, even if it's just their family pictures or vacation shots or whatever. And many people actually pay money for Flickr Pro accounts, a simple action that rids a site of so many mouth-breathing cretins, who tend to either not have money or be completely unwilling to part with, say, $25 a year to pay for a website they use every day.

And then, the most sinister comment at all, from the "Arabic Joker" (see picture above) who may or may not be a terrible monster. Hmm, "GMC" is in America's alphabet. So maybe it's just General Motors threatening Obama.

Note to Pete Souza: Under your account's privacy settings, you can limit the 'tards by restricting comments to Your Contacts, or Your Friends & Family if you've got too many contacts. Please save this presidency by getting rid of idiot comments under your pretty pictures. The nation thanks you, etc.