White People Correct: This Black Man Is The Real Racist 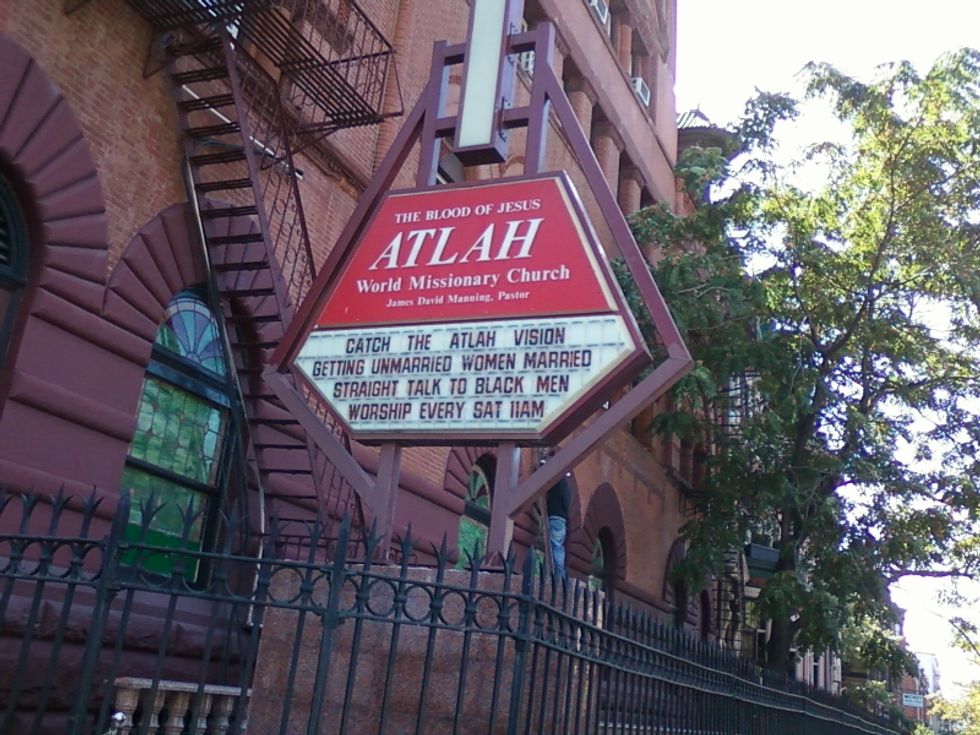 Wonkette superoperative Limey Lizzie sends us this lovely snapshot from her Harlem home. His HolinessJames David Manning, of ATLAH Church in Harlem, who previously said Gingrich and Romney had black fathers but apparently never addressed the parentage or heritage of one Bob Barr, who is totally passing? -- has a message for the black men of Harlem: save the women from their strumpety fate, please. (This has something to do with Obama pimping white women, we are fairly sure.)

Here are 14 minutes of Manning's greatest hits, including possibly the greatest (and right at the beginning!) "Satan used an African man and a white trash woman to give birth to this wicked spirit called 'Barack Hussein Obama.'"

So white people are correct once again: black people are the real racists. Except for Herman Cain, who explains that Chris Matthews is the real racist because he said Mitt Romney was a racist, so Herman Cain will not go on Matthews' racist TV show, where he is racist by saying Mitt Romney is racist. Eh, we would have done a post on that, but the video was really boring and also it turns out it is three weeks old. (Good job, TIPSTER.) The end.