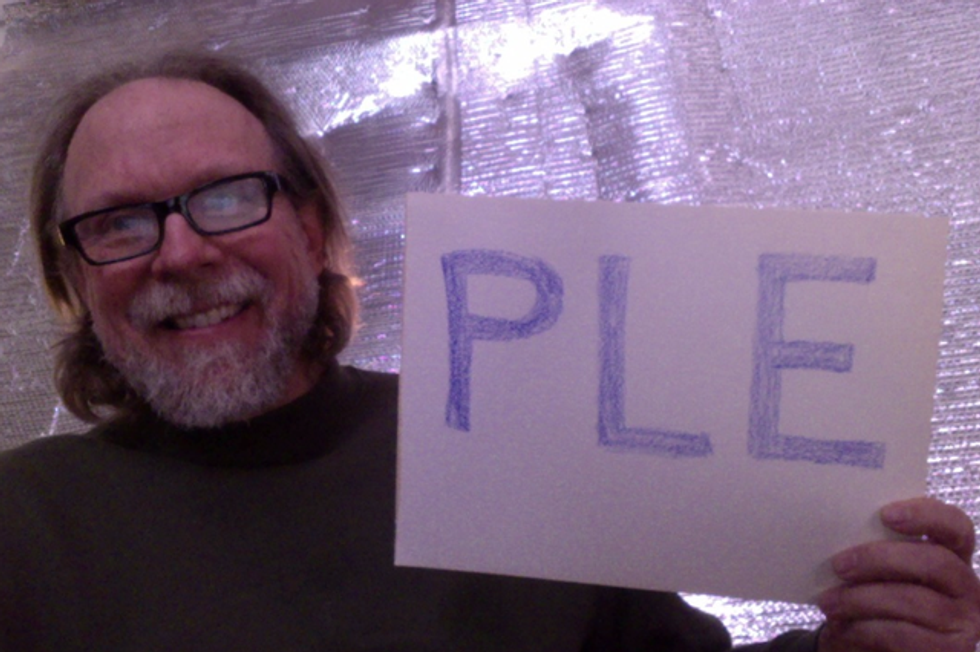 Cobb's efforts in Leith lacked a certain il ne sait pas quois the fuck he was doing, what with buying condemned homes that were unfit for living in, and then threatening his neighbors with a shotgun. He also lost credibility with fellow racist shitheads when a DNA test determined that he was more blacker than the head of the Spokane NAACP.

But this time around, he's a man with a plan. He's explained to the Grand Forks Herald his bold new scheme to take over a totally different North Dakota town with the romantic name of Antler, just a couple miles from the Canadian border:

Cobb says he hopes to crowdsource the project, raising about $70,000 to purchase property in the first of likely multiple campaigns.

"We'll just try, and hopefully we'll have some success," said Cobb, who told the Herald on Thursday he's acting as a link between the seller and interested buyers.

Can't possibly fail, because if gay-hating bigots will pony up almost a million bucks to support a pizza joint that won't cater gay weddings, then surely an Aryan Superman can get a tenth of that for some houses and lots in Antler. He's also pretty sure the town's proximity to Canada will draw Canadian racial purists, who are oppressed by that country's lack of freedom for white people. He's even got a Facebook page for "Antler, ND," which for now, at least, mostly mirrors content from the explicitly racist "Pioneer Little Europe" page, complete with a lot of pretty links to a "White Lives Matter" website that has a logo and everything!

Nope, that's not a modified swastika, not at all, why would you even think that? Anyway, they're not racist, they just want to live among their own people, like the Jews do in Israel, so how could anyone have a problem with that? The "Antler, ND" Facebook pledges that they're willing to blend in just fine with the current residents of Antler, as long as the existing town government doesn't make trouble:

We are willing to work with the Mayor and City Council of Antler to peacefully come up with this PLE. We want a place full of jobs, European culture, and tourism for our Canadian brothers and sisters. We are not about hate. We will be willing to be civil. If the Mayor or City Council are Oath Breakers like the Leith Mayor ... we will be happy to help oust them by recall election. We do not want to "take over" Antler, we want to improve it.

Nice little town! Be a shame if anything happened to it ...

As TPM notes, there might be one small hitch to Cobb's plan to crowdsource the funding for his Pioneer Little Europe, seeing as how the terms of service of his preferred crowdfunding service, IndieGoGo, bans funding campaigns that "promote violence, degradation, subjugation, discrimination or hatred against individuals or groups based on race, ethnic origin, religion, disability, gender, age, veteran status, sexual orientation, or gender identity." But Cobb has always maintained that he's not about hate; he's about love of other white people, so there's no way they could boot his fundraiser, right?

Also, too, the heroes of the Antler Facebook page have invited Eric Casebolt, the black-teen-tackling cop from Texas, to come on up, because presumably he has the best black-tackling skills, and they also want to invite "Anyone who was fired from their jobs due to the Anti-White witch hunt" to come live in paradise, too! We're not sure if the fact that Casebolt has "apologized" has affected their enthusiasm.

Of course, Cobb might just find himself in the same difficulty they had in Leith: Even if he buys the undeveloped lots, they'll need sewer, water, and electric hookups, which Cobb couldn't afford in Leith; his dreams of crowdfunding aside, he seems no more likely to come up with the money this time around, either. Antler Mayor Bruce Hanson isn't too worried:

"If he buys these vacant lots and if he wants to move in we have a zoning and permit system in town and one thing he has to do before he can move in is have the infrastructure in place. I can't see it, everything he does has to go past [the] city council. "

Oh, dear. That doesn't sound sufficiently cooperative at all. Now all we need is for some pissed off Native American grannies to show up and scare Cobb away again.

Yr Wonkette will be sure to keep up on Mr. Cobb's latest antics; we bet that if the IndieGoGo campaign fails, he can find some other crowdfunding mechanism, like GoSturmMe or ReichStarter.