Who The Hell Is Shelley Moore Capito? A Senator? WTF? 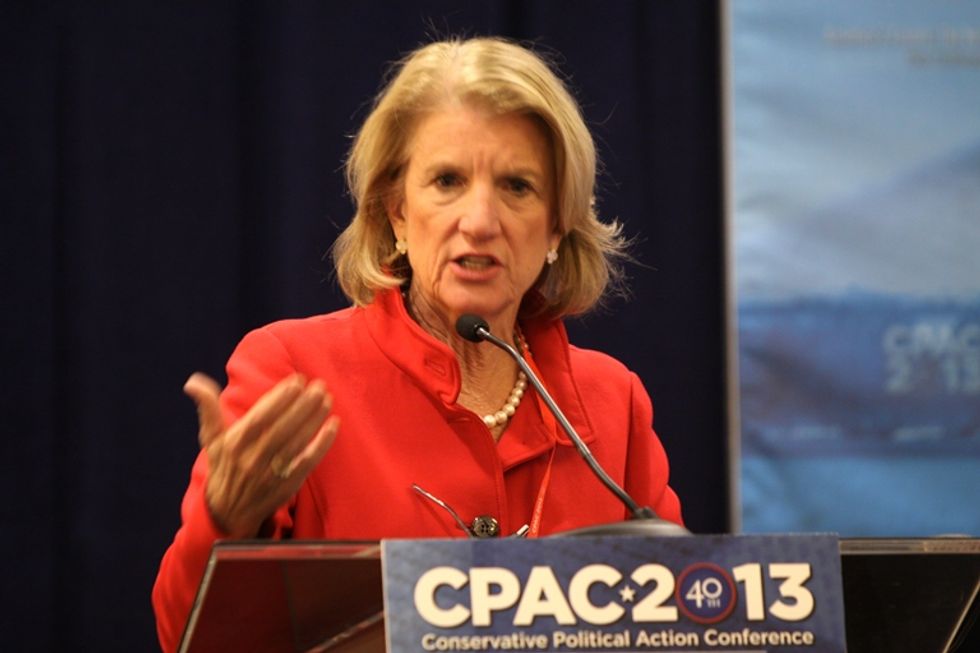 So this Republican, Shelley Moore Capito, is now gonna be the new Senator from West Virginia. And get this: the seat used to be held by a Democrat! What the what? Who is this Senator-elect, and how in the hell did Dems hold on to West Virginia so long? Time for a booze-filled election night wonksplainer.

Capito has served in the House of Representatives since 2000, quickly taking a prominent position in the Obscure Caucus, and trying hard to not be noticed, because Congress doesn't do anything, and Capito fit in rather well, apparently. She is a lady Republican, so that makes her kind of a rare species. Here are some more facts from WaPo:

In 2012, she was named defensive MVP of the bipartisan women’s Capitol Hill softball team. Known as the “brick wall” of third base, she is one of the team’s captains.

Yeah, that's basically all the Post had to say, which kind of says it all. Congrats to her for winning in the conservative lady softball vote, and not to stereotype, but we can't imagine that is a large voting bloc. She's also the daughter of a three-term West Virginia governor, so there's that. But how does she vote? Does she want to oppress all the ladies? Well, sometimes:

She does not believe that Roe v. Wade should be overturned, but has voted to ban abortions after 20 weeks and has cast other antiabortion votes.

We think that is a fucking stupid position, and not friendly to the ladies. And not overturning Roe should not get any points... that should be a starting point. Anyway, she pissed off the Tea Party sometimes, so that's good. But she's a Republican, and will empower Ted Cruz, so this is a bad thing overall. On the up side, she is the first lady that West Virginia has elected to Senate, so way to break that glass ceiling.

And how was this seat in Democratic hands for so long? Two words: Robert Byrd. If you have ever been to West Virginia (this author went rafting there once), EVERY GODDAM THING IN THE STATE is named after Byrd. For serious, there is a whole wiki page dedicated to all the shit named after him. He brought a fuckton of money to that state, and the state repaid him by keeping him employed.

There's also the whole confederate thing, with many voters still blaming Republicans for the War of Northern Aggression. Blah blah, Robert Byrd KKK, yeah yeah, we heard it all before.

Back to this lady what took over the Senate seat of Sen. Jay Rockefeller, who served in the seat since 1984. Yeah, he probably has been in the Senate longer than you have been alive. Not us, because we are olds. But you, because you are probably young. And we hate you for that. God, we need another drink.

[EDIT: Yeah, we spelled her name wrong the first time. That's how obscure she is. We blame booze. Or Obama.Whatever. It's corrected now.]