Who Will Florida Blind Guy Who Killed Drinkin' Buddy Kill Next? 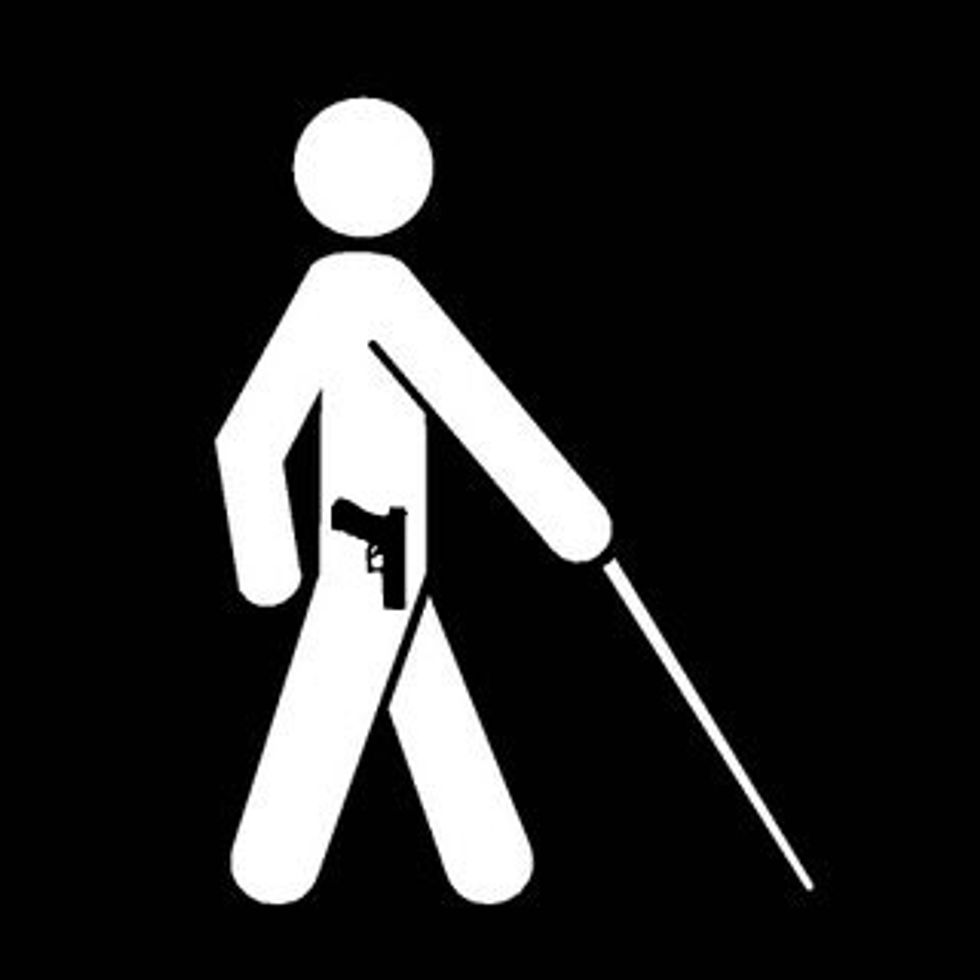 A legally blind Florida man who shot a houseguest/drinking buddy to death during a fight in 2012, then was acquitted under the state's "stand your ground" law, has won a lawsuit asking to have his guns returned to him. It is not known whether the guns suffered from having been away from their rightful owner. John Wayne Rogers, of Geneva, Florida, shot James DeWitt one fine morning after he, Dewitt, and Dewitt's girlfriend got back from a beer run -- Rogers told Dewitt to leave the house, Dewitt refused, so Rogers did what any reasonable person would do in the situation -- he went and grabbed his rifle from his bedroom. When he returned, Dewitt charged him, and Rogers shot him dead. Under Florida law, that's standing your ground, even though Rogers left and came back with a gun. There was no flag on the play, so Rogers got the first down, and DeWitt stayed that way.

Rogers was blinded in a 2001 work accident; the prosecution apparently "had witnesses willing to testify that Rogers can see," but it's not clear what factor his visual impairment may have played in the case, if any. Rogers was released from Seminole County Jails on January 9, shortly after Judge John Galluzzo granted his request for a "Stand Your Ground" dismissal, and sued to have his guns -- a 10mm Glock handgun and the rifle with which he shot DeWitt -- returned.

RawStory notes that Rogers also has "an extensive history of violence": After a night of drinking in 2010, he fired 15 shots from a handgun at his cousin, although none of the shots hit him; Rogers plead no contest to a single count of "displaying a handgun" (we're guessing a plea bargain from, assault or something?). And then in 2011, he punched a woman and was jailed for 71 days for domestic violence. He seems nice!

Even so, and despite killing a guy to death with the rifle that was taken from him, Rogers said he needs his guns back for self-protection, especially from people he provokes fights with:

"It's my constitutional right. I wasn't carrying these firearms around. I was in my house on a private road in Geneva out of the way," Rogers said.

So, yeah, that's a compelling case that he poses no danger to the community or anything. Just to anyone who comes to his home.

Judge Galluzzo was not happy about returning the weapons, but said that the law is the law:

"I have to return property that was taken under the circumstance," Galluzzo said. "I have researched and haven't found case law to say otherwise."

He did, on the other hand, order that ammunition seized from Rogers' house be destroyed, since it was "too old and dangerous"; it's not known at press time whether the Florida Fans of Acquitted Killers will take Rogers to go buy more, but it would certainly be a nice gesture.