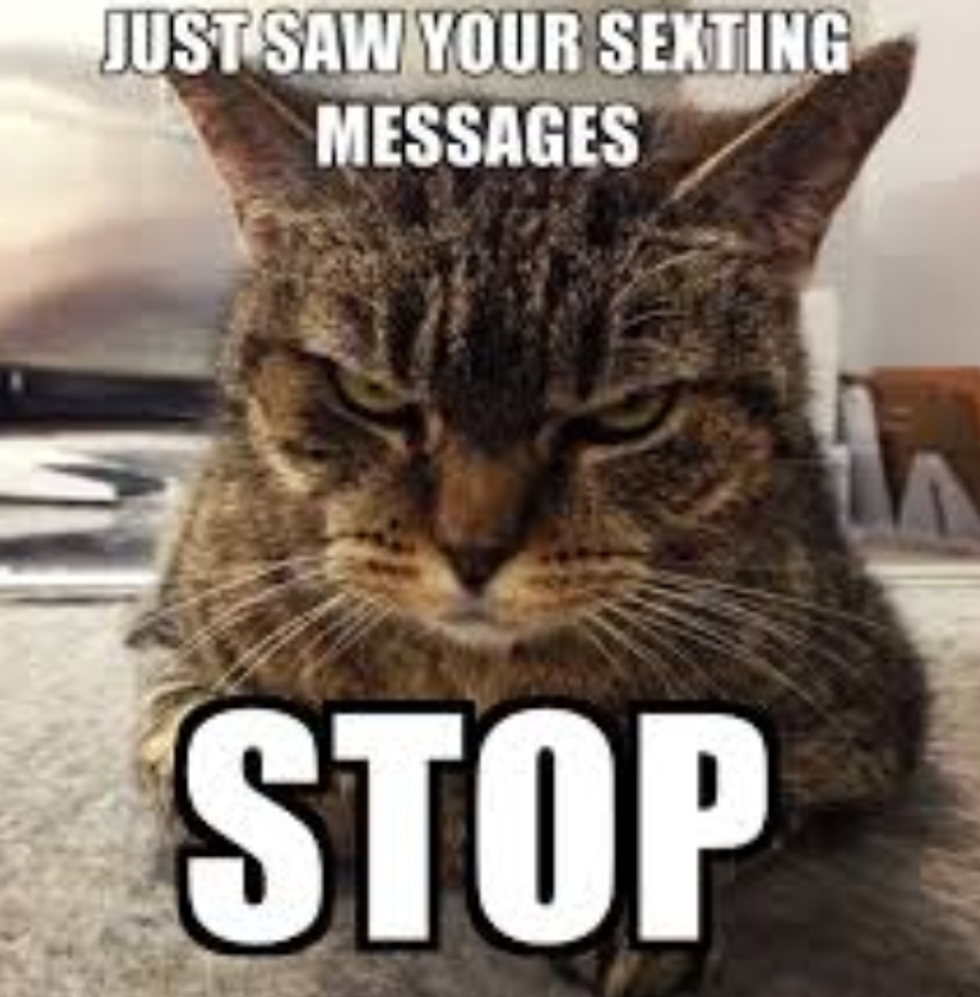 actually it's really not our business

Oh man, we are tired of talking about the love sexts exchanged by Peter Strzok and Lisa Page, two adulterous FBI agents in love, wherein the love sexters said mean stuff about Donald Trump, which proves the Robert Mueller investigation is #RIGGED and #FBIGAY4HILLARY and #RIGGED! But does it actually prove that? Those FBI-ers hated everybody! They were snotty about Chelsea Clinton and Bernie Sanders and Eric Holder too! Also too, the sexts were exchanged during the campaign, and the Mueller probe didn't start until May 2017, and when Mueller found out about the offending sexts, he fired Peter Strzok, so how can this even possibly matter?

(IT DOESN'T FUCKING MATTER. It's just another Fox News/GOP-coordinated smear on the FBI and Robert Mueller, because it's apparently unpatriotic to investigate a GOP president for maybe being in bed with our greatest enemy power.)

But YES we are talking about it AGAIN, and the reason is that originally we were told reporters had been "invited" to the Department of Justice to see a limited tranche of 375 out of 10,000 love sexts (though Fox News claims it has all 10,000 that exist), and that the DOJ just wanted to make sure real reporters had a chance to see them before they leaked in advance of Deputy Attorney General Rod Rosenstein's testimony before the House Judiciary Committee. Congress was getting them, and Congress is leaky, so best to let reporters see them too, right? But maybe that narrative is slightly bullshit?

The Department of Justice acknowledged in a statement on Thursday night that copies of private text messages exchanged between two former special-counsel investigators were disclosed to certain members of the media before they were given to Congress, even though those disclosures "were not authorized."

But wait, we thought this was "agreed upon" and "totally normal" and the reporters were "invited" to DOJ. Did they sneak the reporters through the back door in a laundry cart? OMG WTF DOJ?

Or wait, are we talking about a different set of reporters from the ones invited to the DOJ? It would seem that we are:

The DOJ's Public Affairs division shared the same messages with a group of reporters after they were shared with the lawmakers, Flores said. But some members of the media "had already received copies."

"As we understand now, some members of the media had already received copies of the texts before that — but those disclosures were not authorized by the department," she said.

So as we understand it, members of the House Judiciary Committee got the limited and highly curated selection of sweet FBI love sexts. Simultaneously, DOJ did an authorized and publicized leak to "some reporters." But before that, DOJ did an unauthorized leak to other reporters. What the fuck with this story and why?

Also, as Bertrand notes, these sexts were found as part of an in-house investigation by the inspector general. Is it not highly unusual and weird for DOJ to be leaking sexts that are part of an ongoing investigation? Was the Office of Inspector General OK with this? Are Peter Strzok and Lisa Page entitled to due process? So many questions!

If you'll remember, the existence of these sexts gave the literal stupidest people in the whole wide US Congress (Louie Gohmert, Jim Jordan, etc.) a chance to throw public apeshit tantrums about #RIGGED and #FBIGAY4HILLARY and #RIGGED during Rosenstein's testimony before the House Judiciary Committee. It was appalling.

Why couldn't they have just stuck to sending each other hot peen pics? That is what Chuck Grassley would like to know.

You know that thing when a scandal is too #Pizzagate-grade stupid to talk about, but you have to because the people trying to destroy America (Trump, GOP, Fox) are forcing you to? This is that thing.

Oh well, hope Robert Mueller doesn't indict anybody in the next couple of days, since the indictment will obviously be invalid, because Peter 'N' Lisa The FBI Sexters sometimes said "Shut up Eric Holder" or "Trump is a penisbreath" to each other. Those are the rules laid out in the Constitution, have you even read it?