Why Is Everybody Being So Red-Baity And McCarthyite And Mean To Poor Innocent Russia? A Wonksplainer 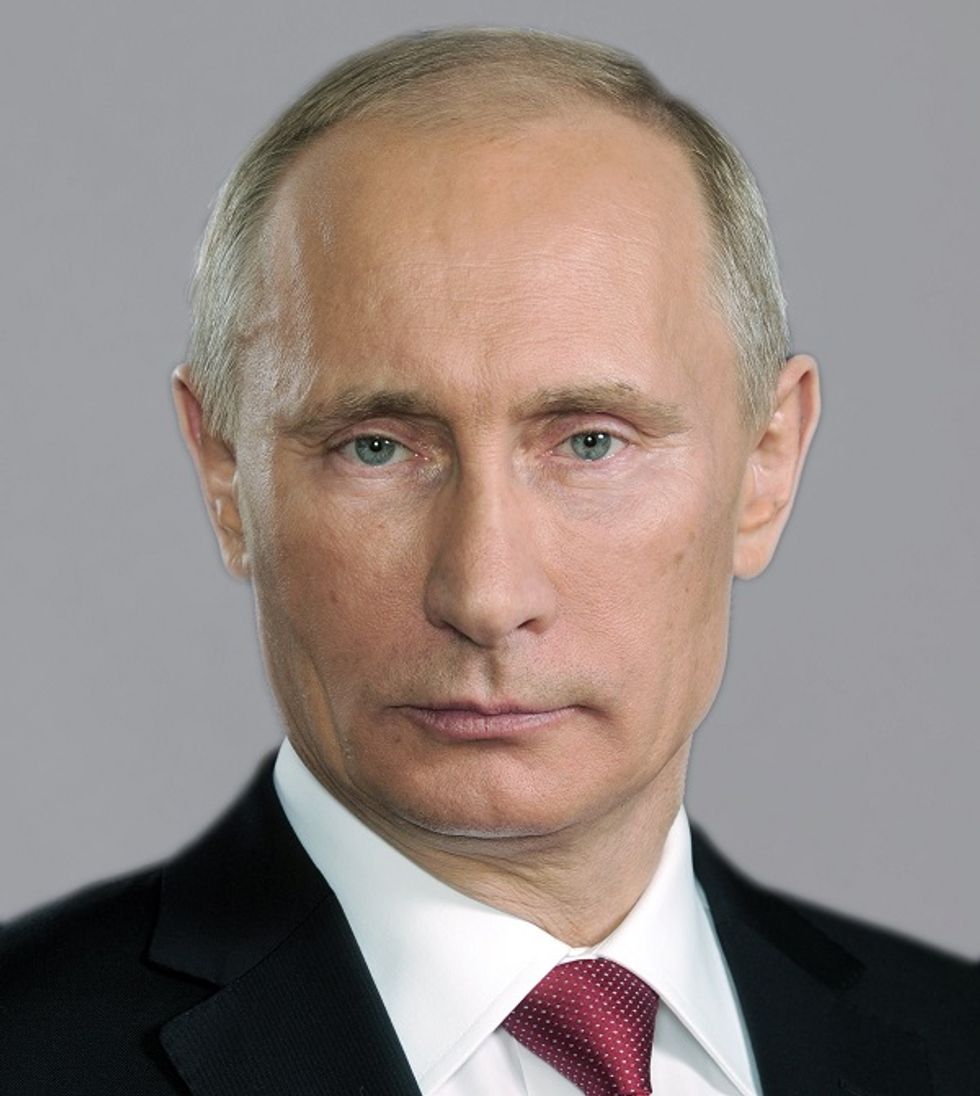 There is new news (again) that US intelligence agencies have determined that Russia meddled in our 2016 presidential election to aid and comfort the very shiny Donald Trump. Still-President Barack Obama has ordered a full report by the time he leaves office.

Meanwhile, outgoing Senate Minority Leader Harry Reid is still spitting nails about FBI Director James Comey lighting a fire under his ass to pooh-pooh within an hour any links between Russia and Trump while simultaneously releasing a letter, 11 days before our election, to (the Republicans in) the Senate about how Hillary Clinton miiiight have been (was not) a recidivist emailer.

Oh Sh*t, Hillary Clinton Was SOOOOO Racist In These Made-Up Wikileaks Emails That Weren't From Her!

Jim Hoft, the Stupidest Man on the Internet, is pretending he can't read "to" and "from" fields on Wikileaks emails. Because he is lying.

And now, according to the Washington Post, the CIA is raising its hand and saying it knows the people who handed over Hillary Clinton's campaign chair's emails to former whistleblowers (and now just pathetic cranks) Wikileaks -- the same "whistleblowers" who went above and beyond in releasing some of those emails to the public. Sure, the ones they released were mostly John Podesta's risotto recipe, or literal spam from his spam folder, which very intellectually honest folks then characterized as Podesta himself (and Hillary herself, when she wasn't even in the "to" field) calling black people stupid, inanimate "shopping carts." (It was weird, and dumb.) But a couple of the emails showed DNC staffers bitching amongst themselves about Bernie Sanders, so lock that bitch up!

Oh, and don't forget about Hillary Clinton's child sex ring pizza dungeon! That was Wikileaks too.

So that is your primer on how Wikileaks has gone bugfuck crazy this year, and the CIA thinks it got its info from Russia, oh and by the way, Mitch McConnell was apprised of this intel way back before the election, and told President Obama that he would consider it uncool "partisan politics" if Obama informed the American people about it, and now McConnell's wife, Elaine Chao, is President-elect Donald Trump's pick for secretary of Transportation! Oh, don't we have fun!

(Unmentioned in all the reporting about "Wikileaks is Russia's pathetic tool" is whether the Russians were actually able to manipulate state voting sites this cycle, while US intel officials do say the Russians accessed them. Wouldn't that be nice to know?)

But Glenn Greenwald thinks it's all bullshit, right?

Anonymous Leaks to the WashPost About the CIA’s Russia Beliefs Are No Substitute for Evidence https://t.co/OB33Xbb49V

Only anonymous leaks to Wikileaks are substitutes for evidence.

What is it with the Hillary haters on the left sticking up for Russia?

Well, a couple of things: Hillary is bad. America is often bad. Russia has given sanctuary to Edward Snowden, who blew the whistle on a whoooole bunch of NSA spying, so he won't face American prosecution. And if it fucked Hillary, and America, then it is on the side of the angels and also you can't prove it.

In addition, some of the dopier parts of the left in America seem to think Russia is still communist, so being mad at them for interfering in our election is "red-baiting" and "McCarthyism."

They are apparently unaware that Russia hasn't been communist for some decades now, but is just the same typical hyper-crony-capitalist Mafia-style kleptocracy, on steroids, that the US under Trump is likely to be!

What I'm saying is they ain't very bright.

Also, since they seem to think Russia is still communist, the kids "doing Socialism" on the interwebs believe that its (nonexistent) economic populism is more important than not killing reporters, and not locking up gay people, and not locking up rocker chicks, because all of those things are "identity politics," and "identity politics" are the one true enemy of Marxism, according to idiots.

Hooboy, did we ever! Sorry about that Mitt. Our bad.

Why do you, like Hillary Clinton, want to go to war with Russia SO BAD, WARMONGER?

I don't! But Putin is being a totally aggressive dick and trying to get all the band back together whether they want it or not, and I'm not hugely thrilled with him bombing all the little civilian babies in Aleppo, like, on purpose, and I really don't like him hacking our shit to install the shitgibbon president-elect. Nobody said anything about "a war" but you.