Why Is Paul Krugman Being Super Gross And Sexist About Hillary Clinton? 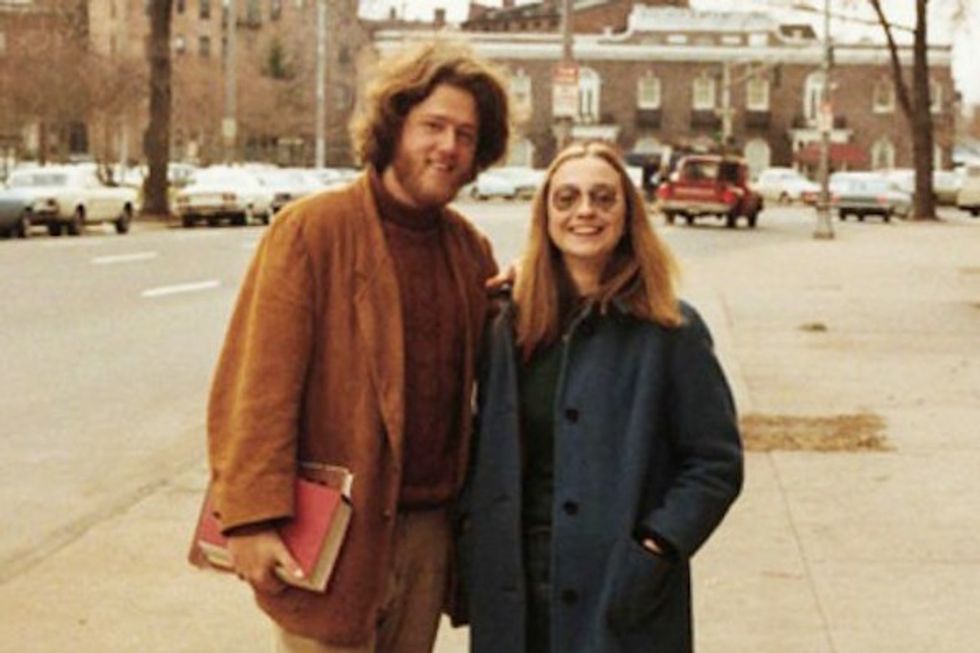 He'll learn you HOW TO BE A HIPSTER!

I did a little bit of a Thought Experiment a week or two ago. For the sake of this here positationing, I looked into a future where Hillary Clinton's presidency was a historic success of peace and prosperity. (Just go with it. We're thinkering.) How much of the credit, I wondered, would go to Bill Clinton instead of his dumb wife, the "president"? I figured the answer was "pretty much all of it."

Now, even before her presidency is a thing, today's Salon lets us know that Hillary Clinton has so many things to "learn" from her husband, presumably none of them being "have a giant, unmanageable yap-hole you should use to constantly humiliate your spouse." Why, according to Salon, Paul Krugman said so!

Oh right, no he didn't, because he is not a gross idiot.

In its fairly straight aggregation "Paul Krugman: Hillary Clinton still has a lot to learn from Bill about running the country," Salon never points to any time Paul Krugman says Hillary Clinton should "learn" something from her husband, because in fact Krugman never says it.

Rather, Krugman goes into why the economy was awesome and employment was full during Bill Clinton's administration. (Hint: it was not because of Ronald Reagan; it was because Bill Clinton taxed some rich folk. Hillary Clinton, too, wants to tax some rich folk! I, for one, am looking forward to that!) Krugman also says President Hillz should invest in infrastructure, which is correct. She's called for some hundreds of billions of infrastructure spending, while Bernie Sanders has called for the more correct "one trillion." America's civil engineers say triple that, and we might get somewhere.

Anyway, Paul Krugman never advised Hillary to "learn things" from her husband, that was all Salon, because they're the worst. The end.