Why Is Sean Hannity Denying Funds To The Troops By Refusing To Agree To Be Waterboarded By Keith Olbermann? 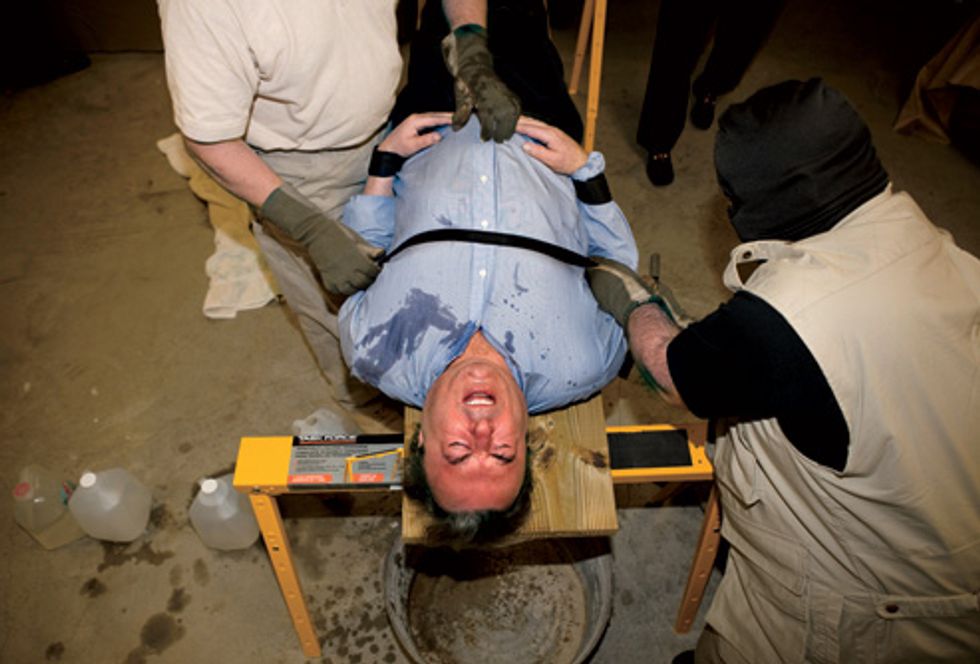 Last week sometime, star of MTV's The Hills Sean Hannity said something or other about waterboarding and how, you know, it is not that bad. And uh, he'd even allow himself to be waterboarded for charity—charity for the Troops.  That is how not bad it is, and besides, shouldn't Khalid Sheik Mohammed have donated his waterboarding Charity dollars already? Fuckin' foreigner.

Naturally, Keith Olbermann leapt at the chance to prove his staunch ideological opposition to torture by repeatedly offering to pay upwards of $1,000-per-second to personally waterboard Sean Hannity. "The idea of putting somebody in a position they have volunteered for, for charity, to respond to their own unsupportable claims, is in many ways priceless," said Olbermann, who managed to remember to randomly throw the clause "for charity" in that sentence while characterizing the experience as "priceless," despite stipulating that it is worth exactly $1000-per-second.

Olbermann has continued to publicly harass Sean Hannity and Sean Hannty continues to dodge Olbermann's harrassment. During the course of both these activities, ~$0 have been donated to the Troops.