Why Is 'The Bachelor' Racist Against Hot Black Football Players? 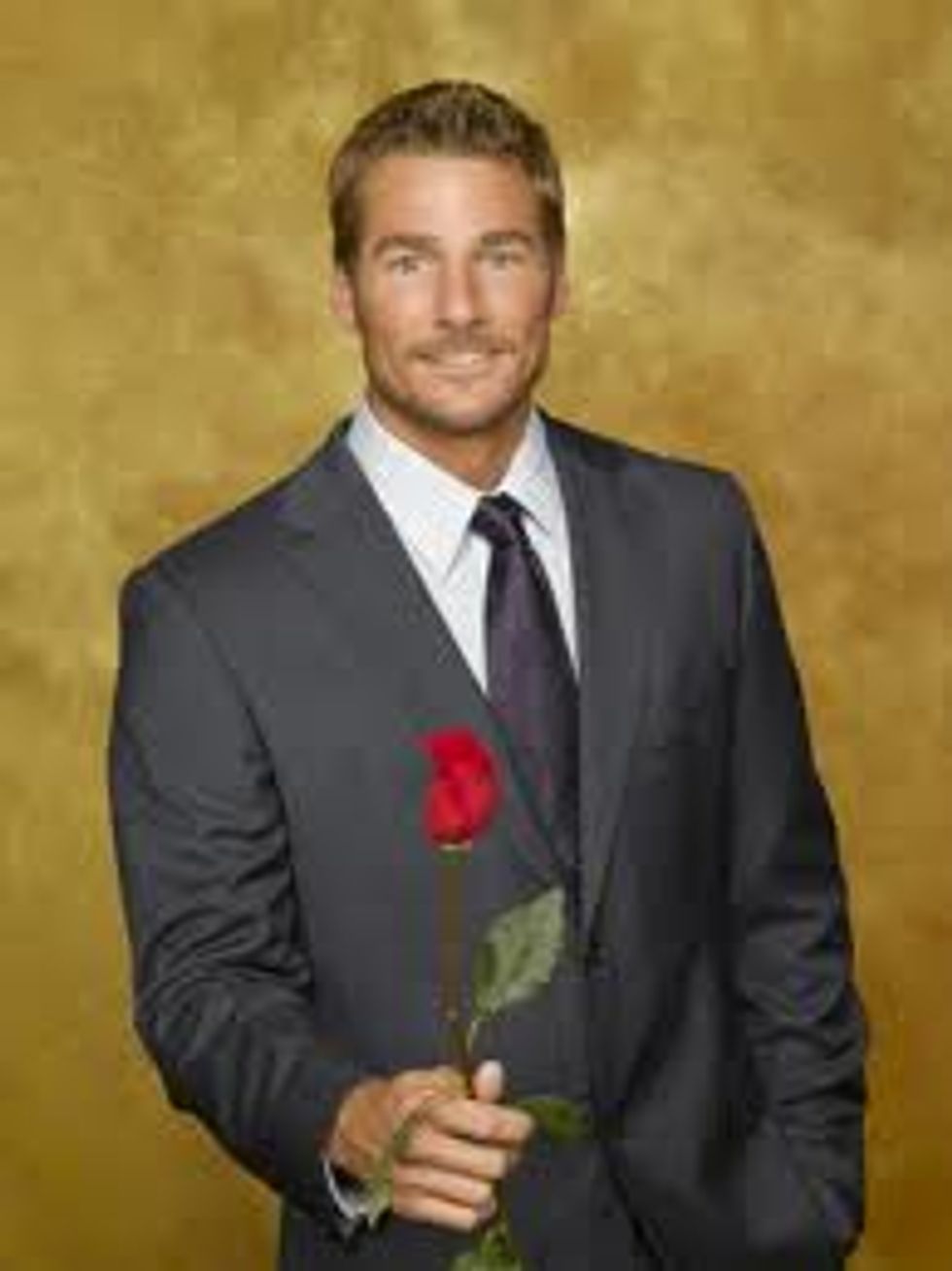 Oh, guess we sort of answered our own question there, duh, it is because they are black! Christopher Johnson and Nathaniel Claybrooks are two hot black guys who are also football players, and they wanted to be on television but they never got chosen for the wildly popular television program "Bachelor Wives" because of blackness and now they are lawsuitingeverybody! And they should. That show is like John Derbyshire married Marge Schott and they had a stupid idiot racist baby and put it on television to get syphilis.

Anyway, we never really "watched" The Bachelor, with our eyeballs, because it did not feature Bret Michaels' wigs singing the Poison classic "Every Rose Has A Thorn" twice per hour, and also chicks hardly ever ODed on it. (RIP Daisy, if you are dead, which you probably are because JESUS.) But if we had watched The Bachelor, this is where lots of funny in-jokes would go about this one or that one or herpes. But apparently there have been 23 seasons of it and its sisterlover The Bachelorette, and yet they have never found a single person of color they could have put up for America to throw up on, like the rest of their swingles. Not even a light-skinned and Intelligent, Well-Socialized One!

Johnson and Claybrooks are suing ABC, all the various production companies, and exec producer Michael Fleiss "on behalf of all persons of color who have applied for the role of the Bachelor or Bachelorette but been denied the equal opportunity for selection on the basis of race."

Nathaniel Claybrooks, a Tennessee native, attended Middle Tennessee State University, where he minored in Psychology and graduated with a Bachelor of Science in Sports Medicine in 1997. While at Middle Tennessee State, Mr. Claybrooks starred on the school’s football team as a linebacker and was designated All Conference in 1994 and 1995 and All American in 1995. He also earned Most Valuable Player – Defense while on the team. In 1999, Mr. Claybrooks joined the Arena Football League as a linebacker, and played for the Nashville Kats in 1999, the Augusta Stallions in 2000, and the Nashville Kats from 2001 to 2011. Mr. Claybrooks has also been employed with the Nashville Electric Service since 2006.

Mr. Claybrooks auditioned for The Bachelor in August 2011, attending the Indigo Hotel casting call in downtown Nashville. He met all indicated requirements for the show, but heard nothing back following a videotaped interview with a white staff person for the show.

Here is Christopher Johnson's bio, because it is more impressive than the other dude's, and also sort of has prima facie racism right in it, from a helpful lawyer/publicist/somebody!

In high school, Christopher Johnson was one of the best wide receivers in the state of Tennessee and was recruited by a number of schools to play collegiate football. Mr. Johnson chose Tennessee State University, where he starred on the football team and majored in Business Administration and Marketing. After graduating, Mr. Johnson became a permanent substitute teacher and football coach at JL Johnson High School in Hunstville, Alabama before moving to Nashville to become a full-time high school teacher at Glencliff High School. He is presently pursuing a master’s degree in secondary education and preparing to try out for teams in the National Football League.

Mr. Johnson applied to be the next Bachelor in August 2011, attending the show’s Nashville casting call to hand-deliver his application, complete with professional photos of himself. At the event, a white staff person stopped Mr. Johnson in the hotel lobby while other applicants continued into the hotel. Although the staff person promised to deliver his materials to a casting director, Mr. Johnson never heard back from the show’s producers.

It is super-obvious to everybody that this case is totally merited, because look at it, and that ABC et al.'s response will be "What do you want, y'all have BET." But if Mssrs. Johnson and Claybrooks need to come out to LA for lawsuit stuff or whatever, there's a place on the couch at Wonkette HQ.