Why Won't The Democrats Compromise On The Budget Like Republicans Do? 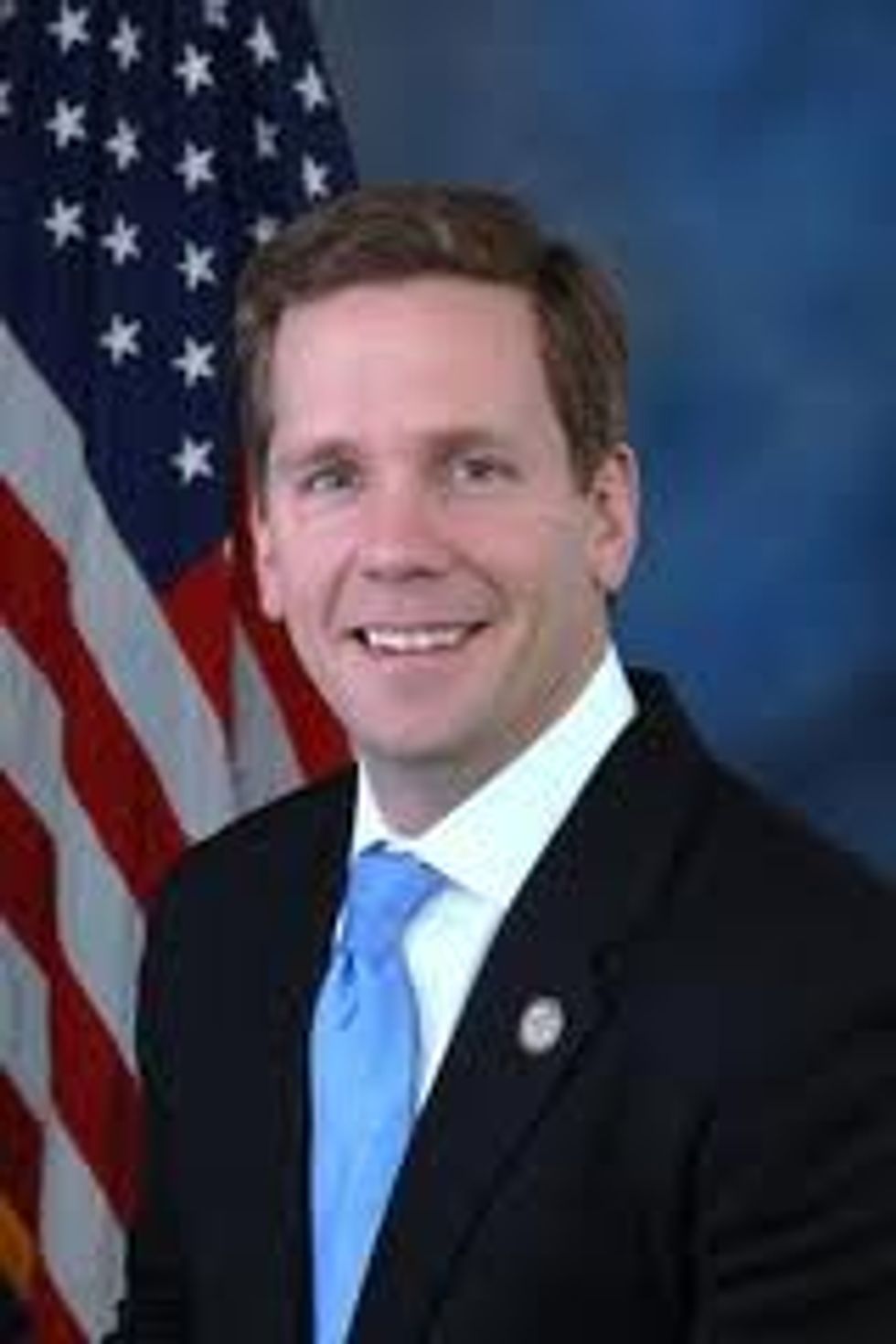 Congressional Representative Robert J. Dold, a Republican (because SHOCKER) from Illinois, is a self-described “small business owner” from Illinois who is very, very concerned about the deficit. As all Very Serious People know, the deficit is the Most Important Challenge facing America today, and it’s not going to fix itself! It will take very specific, nuanced policy prescriptions like: “working together” and “finding common ground” so we can “spur the economy.” It's just “common sense” that we can solemnly nod our heads in shared agreement about which platitudes best describe the correct course of action for addressing this non-problem. "Enough is enough," by golly! (Democrats, he is talking to you!)

As Representative Dold wrote in The Hill yesterday:

Clearly, there is no one-size-fits-all solution to the fiscal crisis that faces our nation. We can’t just raise taxes on millionaires and we can’t just cut spending and expect that everything will be fine.  We must work together, find common ground, and move forward policies that will put our nation back on a sustainable economic path.  There are a lot of things we can agree on.  We know that we need to rein in spending and we know that we need pro-growth tax reform.  These are places that we can start to come together and find bipartisan agreement amongst Independents, Republicans, and Democrats.  We have no other choice if we are truly serious about spurring the economy and empowering businesses to hire more workers.

Clearly, raising taxes on millionaires will accomplish far less than gutting Medicare and forcing Income Disadvantaged Americans to work until they drop dead, it is COMMON SENSE.

First and foremost, we must begin to operate on a budget. Every family in this nation operates on a budget. They know that if they spend more than they make, that they will be in serious financial trouble.  The CBO is telling the government the same thing. It’s just commonsense. However, despite an obvious solution to the problems plaguing our nation - the Senate has failed to pass a budget in over 1,120 days. Enough is enough. It is the obligation of Congress to pass a budget and it is shameful that some in this body would rather kick the can down the road than make the tough decisions.

Indeed. Every family in this nation DOES operate on a budget, and a family budget is EXACTLY THE SAME as the budget of a sovereign government. I mean, hasn’t YOUR family run a debt every year except for the year it was established? Doesn’t YOUR family mint its own currency and issue its own bonds? No? Oh because we do in my family! We have AWESOME BUCKS, and they come in denominations of $2 and $7. A $2 AWESOME BUCK has a picture of my dog's butt on it. The $7 AWESOME BUCK looks just like the medal my brother won in the 2nd grade spelling bee.  Right now the rate of exchange is pretty steep: there are a million dollars Canadian in one AWESOME BUCK and they are legal tender in my living room, dining room, guest bathroom, and in some editions of Candyland.  Oh and currently the tax-equivalent yield on our bonds is running at around one thousandths of a percent right now, which we’re feeling pretty good about. Like all budgets, however, this one isn’t perfect, it took “compromise” which Republicans are totally known for.

No budget will be perfect.  It will require compromise, it will require hard work, and it will require putting partisan rhetoric aside so that we can move forward and find ways to implement a long-term solution to the fiscal challenges our nation faces. As one of 38 people to vote for the bipartisan Cooper-LaTourette budget, I will continue to come to the table and listen to any serious proposal. I would urge my colleagues in both chambers to do that same.

Yes! Let’s find ways to move forward and ruin Medicare for everyone, for ever! Let's be clear: it’s what the Founders would have wanted. [TheHill]