WikiLeaks People Constantly Being Assassinated, According To Assange 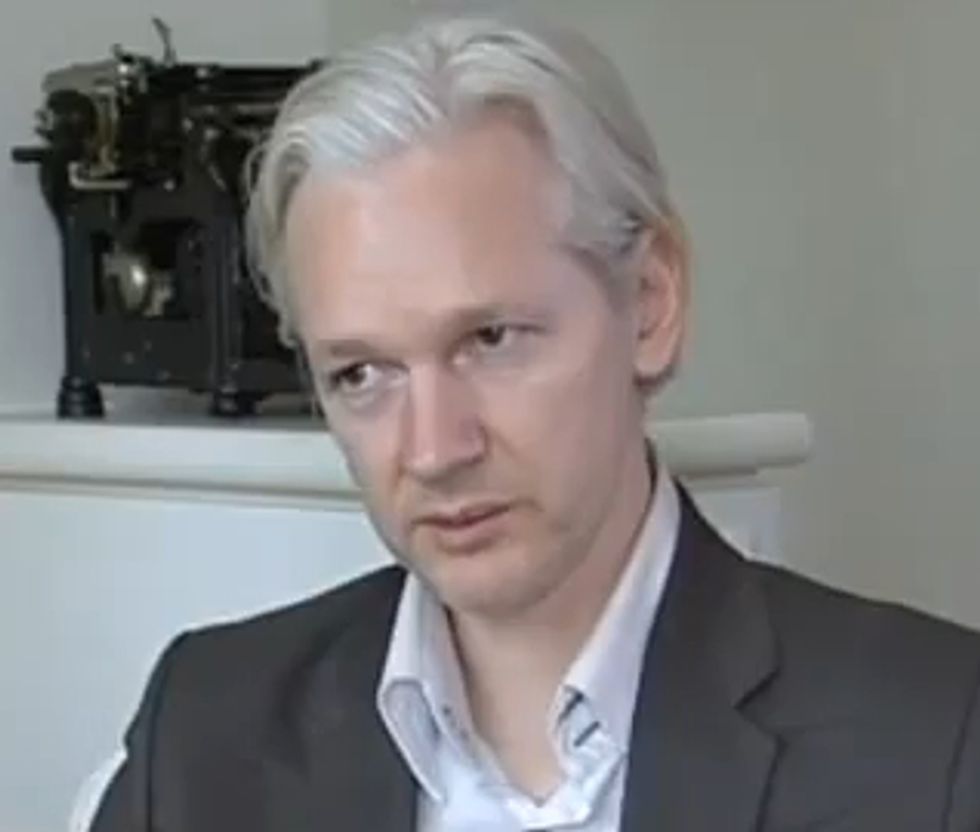 WikiLeaks leader Julian Assange is hanging out in his British perp-castle of journalism right now, with nothing to do but get angry at newspapers for publishing details of his alleged rapes. But that doesn't mean everyoneisn't trying to assassinate him. They totally are! Julian Assange is very excited about this. "I have a serious organisation to run. People affiliated with our organisation have already been assassinated. My work is serious." He is serious, you guys. Stop talking about those trivial rapes those Swedes are alleging. In fact, he is so serious that he told us he has Googled himself and it returned 40 million results!

JA: Two days ago I did a search on Google for my name, some 40 million web pages have my name in it. Now, searching for my name and the word "rape", there is some 30 mil web pages. So this has been a very successful smear.

To be fair, rape is one of only two things Julian Assange is known for. Most fameballs like him are known for only one.

And that's why the hallowed Western institution the BBC rather petulantly pressed him about his dick. His response:

JA: I've never had a problem before with women. Women have been extremely helpful and generous.

Well, sort of. But if you really want to know about his sex life, you have to read later on in the interview, when he talks about the importance of staying safe during assassination role-play:

Q: Just a final thought. Do you see yourself… as some sort of messianic figure?

JA: Everyone would like to be a messianic figure without dying.

That's the key. You save the dying for the real, not-sexy assassination. [BBC]