Will The Government Go All Neville Chamberlain On Volkswagen?? 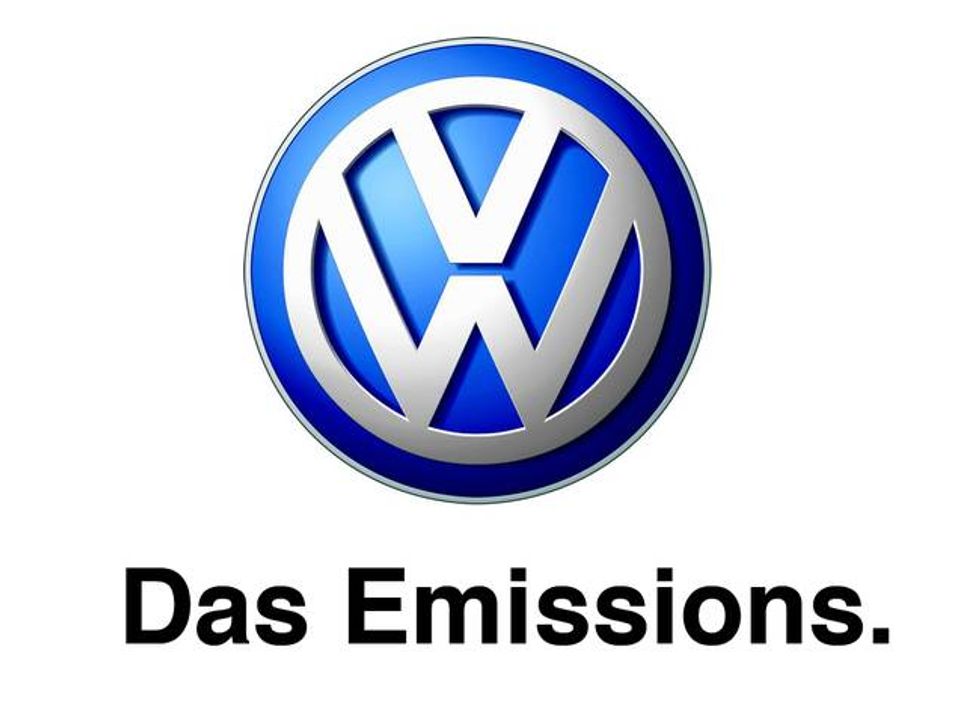 Way back in 2015, Scott Walker was a viable presidential candidate, llamas roamed the streets, and Volkswagen was in deep scheisse for equipping automobiles with software that allowed its cars to cheat emissions tests.

While the llamas were captured and Walker dropped out to spend more time with Kohl's menswear, the future of one of the auto industry's most beloved and Aryan corporate persons remains in flux. Here's an update.

While the Environmental Protection Agency struggles to recall the vehicles, the DOJ is allegedly seeking many billions in fines as a result of VW's chicanery. But what about the members of VW management the DOJ vowed to get "tough on" back in September?

federal prosecutors stopped short of criminal charges and did not single out individuals.

Good call, America. It's always best to err on the side of liberty when discussing charges that could give rise to prison time for people who regularly pay their yacht taxes. In fact, maybe there's no criminal fraud here. Maybe no one took affirmative steps to develop this elaborate technology with the intention of circumventing emissions standards. Maybe these cars are sentient machines with an unquenchable taste for diesel fuel and they created their own software enabling them to recognize when they were being flatbed tested so that they could beat the automobile breathalyzer before getting back on the road and resuming the carefree release of noxious fumes.

While that last part is almost definitely true, it still doesn't explain why VW continued to lie to government officials after it was busted for being naughty.

Even after VW first admitted to using cheat devices in certain models, the automaker "failed to come forward and reveal" that other vehicles contained such devices, the government said.

It certainly sounds like VW learned its lesson, yet the DOJ didn't rule out eventually bringing criminal charges or making a VW exec sit in a corner with a funny hat. But don't hold your breaths. General Motors allowed customers to perish in its death traps for a decade, avoided criminal charges, and basically got a public 'thank you note' from zealous status quo advocates at the DOJ a couple of months ago.

According to legal experts, the civil case against Volkswagen is pretty much a layup for the government as the DOJ doesn't really have to prove intent, just that the emissions cheating occurred. And VW basically did that for 600,000 automobiles. It's just their type of case (to settle)!

VW's defense? Can they even mount one? Duh. Corporate persons get the best lawyers and make the best arguments because they're basically direct descendants of the Founders idealized citizenry - even German multinationals. Expect VW's position to be something like, "Our bad, but pleeeeease don't let the government oppressors fine us or we'll be forced to lay off so many Jacks and Jakobs on both sides of the Atlantic!"

This argument would demonstrate that VW's legal team has a solid grasp of the Holder Doctrine as applied to poor, maligned defendants like Wall Street banksters. Judging from the DOJ's track record, this could be an effective appeal. But VW's concern for the coffers rings a little hollow when you're probably throwing a $67 million dollar golden parachute on disgraced former CEO Martin Winterkorn.

Once the government is done patting itself on the back for its inevitable civil settlement with VW, it will be time for Volkswagen's American customers to get their greedy mitts on a piece of the action. Unless Congress intervenes with their best corporatist intentions. Last year, GOP Rep. Bob Goodlatte (R-no kidding) introduced a bill that could severely limit the ability of claimants to join class action litigations.

The wording is vague enough that judges would have some leeway in deciding how strict that criteria needs to be, experts said. But it could create a situation where even minor differences—for example, the number of miles driven on a Volkswagen, or whether it was purchased from a licensed dealer or a private seller—could make it impossible for the plaintiffs to qualify as a class.

Any immediate traction for this bill will likely be negated by an Obama veto (if he's not too busy cracking your gun safe). But as noted, the language is vague enough to be up to court interpretation. So in a larger sense, if this bill ever becomes law, our Corporate People are lucky that their oldest and best bud - the Roberts' Court - absolutely loathes class action rights. It's good to have friends in High Court places.