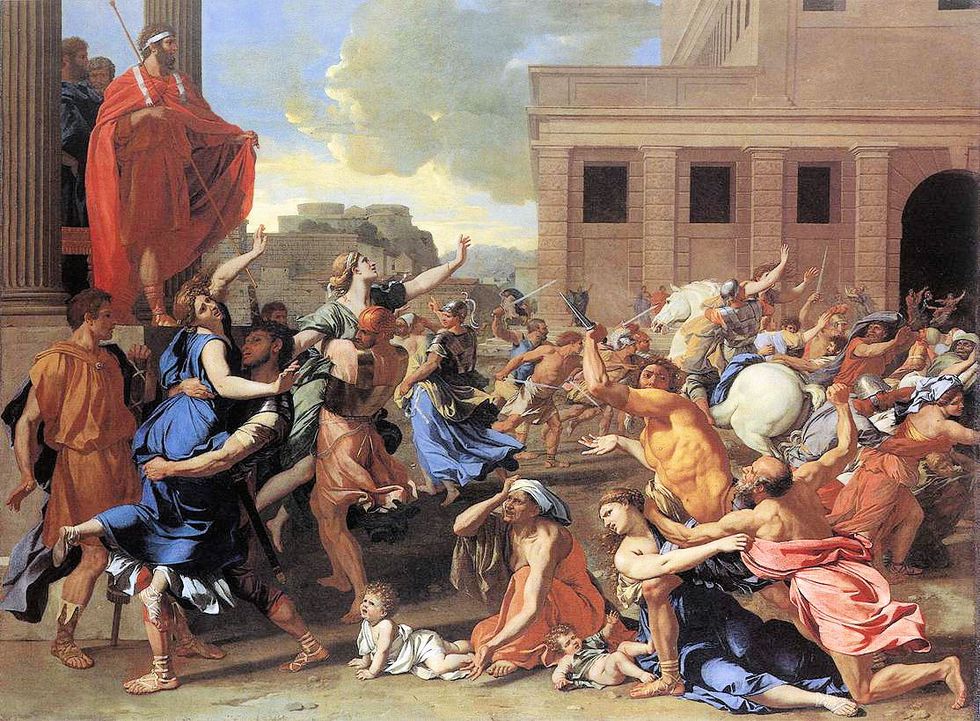 There's this useful phrase,"Not even wrong," used to indicate an argument that so completely and sloppily misses the point being discussed that it can't even be assessed as an argument -- for instance, a creationist who asks if evolution is real, why don't we see dogs giving birth to leopards, huh? Not only is that question not right, that's not even wrong. We mention this because we're going to be taking a look at the latest brilliant thoughts by crazed WND columnist Matt Barber, who applies his critical thinking skills to a Salon think-piece by Katie McDonough and manages to completely refute something that has no resemblance to anything McDonough actually says. It's actually rather impressive how thoroughly not even wrong Barber manages to be.

By way of background, McDonough uses the recent reports of sexual assaults at a private Christian college in Virginia as the jumping-off point for a discussion of ways that fundamentalist beliefs about sexuality and gender have made their way into mainstream culture, particularly in Republican attempts to regulate women's lives. Somehow, Matt Barber read McDonough's article and decided that what she was really arguing was "Women should fuck a lot, whenever and whomever they can, because being a slut is more fun than obeying God."

Consider his lede, for instance:

Hey, gals, want to avoid being raped? Put away that Lady Smith 38. No need for pepper spray. Self-defense classes? Not necessary. The solution is simple. The best defense against rape is to just cast away your “deeply troubling” Christianity and become a secularist slut.

Um. Yes. Except that McDonough doesn't actually talk about women "defending themselves" against rape; what she's getting at is that in a fundamentalist worldview, responsibility for rape lies not with rapists, but with women, who have to keep men from raping them -- but thank you, Mr. Barber, for providing Exhibit "A."

Barber doesn't even seem to notice that McDonough is writing about the treatment of rape victims at Patrick Henry College -- he dismisses it as a "hit piece," because come on, good Christian girls don't get raped. And then we get to what passes for his thesis:

Christianity causes rape, McDonough asserts, warning us that we suffer a “convergence of rape culture (whatever that is) and evangelical culture.”

Get that? In this woman’s “progressive” mind, when the lady says, “I’m saving myself for marriage,” the bad guy hears, “Come and get it!” Still, Ms. McDonough does have this much right: It can’t be rape if you’re giving it away like peanuts on the plane

At this point, we do feel obliged to remind you all that Matt Barber is an actual lawyer, with a law degree and everything -- admittedly, it's from Pat Robertson's Regent University. But obviously, there is no such thing as "rape culture," so why even try to understand what McDonough is getting at -- obviously, she's saying that Christianity causes rape. And again, look once more at who makes rape happen even in his straw-slut version of what he thinks Mcdonough is saying. If anything, McDonough would more likely put it this way: When a girl has to save herself for marriage, she won't dare speak up if she's raped, because some asshole like Matt Barber will ask her what she did to lead the boy on.

McDonough says that patriarchal Christianity's obsession with purity necessarily puts women in a subservient role; Barber translates that to

So, get it? Purity and virginity bad. Impurity and promiscuity good. I’ll give Ms. McDonough this: She calls it like she sees it.

Yes. That's exactly what she was saying. And so on; what Barber decides McDonough is really getting at is this:

McDonough’s advice? Girls, give away that milk now, ya hear! (To which the frisky-frat-boy “bro-choice” choir sings: “Amen!” Hey, “pro-choice” gals, you do know that most “pro-choice” guys only support your so-called “abortion rights” so that you’ll put out, right?)

Yep. Nothing twisted about deciding that women are the gatekeepers of sexual morality, because men will just take all they can get -- that's just how they're made, after all, and sluts can't very well complain about rape -- if they let one guy fuck them, they have no cause to complain when more come after them.

The main thing we come away from after reading this? Matthew Barber is a professor in the Liberty University College of Law, specializing in "sexual behavior and the law." We can only imagine what gets taught about rape and sexuality in those classes.