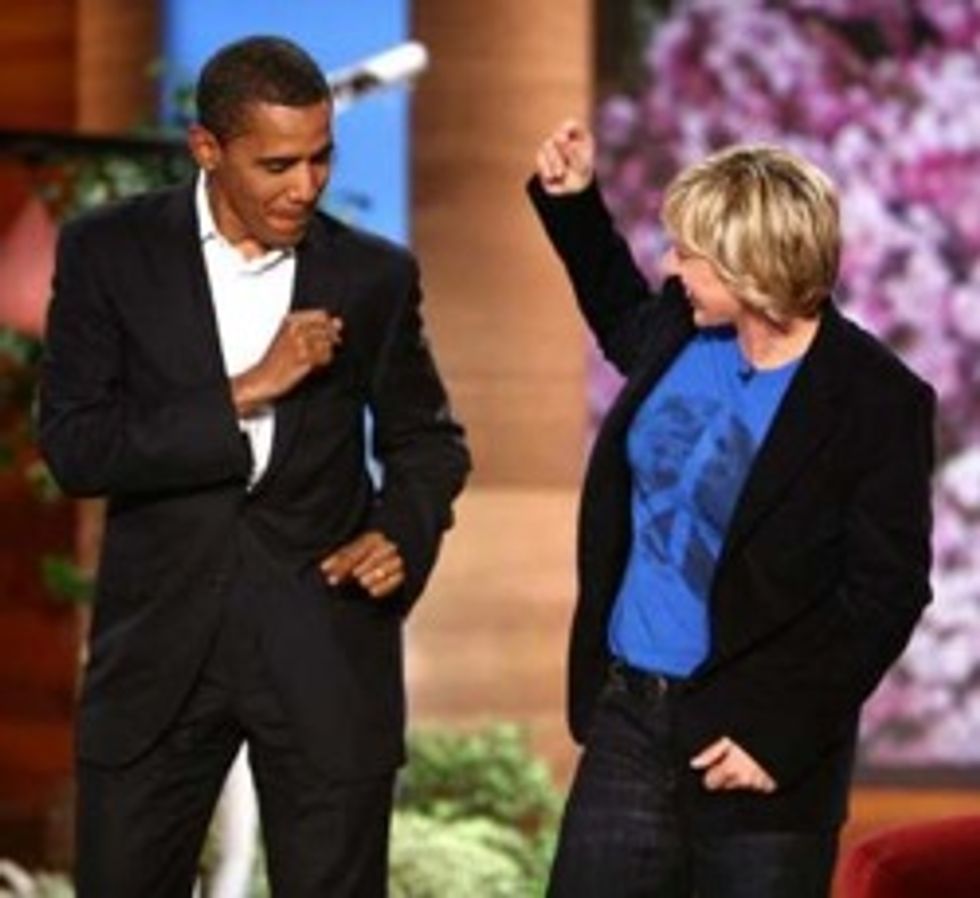 While the state of Colorado has a few nice cities and some lovely wilderness, until very recently theentire state was run by the Ku Klux Klan, and those people didn't all just die/disappear! And you can bet the "Rocky Mountain Fever Tick" wingnuts are not pleased about this colored fella speaking to kids on teevee about the so-called "value" of "education" and "staying in school." So, to fight this black-socialist threat, the poor white children of wingnuts will be forced stay home and get dumber, while watching the hip-hop on the home teevee, because Barack Obama is going to address the schoolkids next week, for a few minutes, on the school teevee.

Shanneen Barron, a Highlands Ranch mother, said she normally isn't involved in political activism, even though a sign in her front yard reads "Vote Republican."

But she said she is worried that Obama will put forth a socialist agenda and try to indoctrinate her children.

"Thinking about my kids in school having to listen to that just really upsets me," she said. "I'm an American. They are Americans, and I don't feel that's OK. I feel very scared to be in this country with our leadership right now."

And now liberals are furious because Ronald Reagan spoke to schoolchildren through the new medium of "television" in the late 1980s and George W. Bush also did this to the schoolchildren in the early 1990s, and yet dumb trash of 2009 are not cognizant of this political trivia, just as they fail to comprehend their own wingnut hypocrisy of claiming it's terrible to see a black president on the teevee because he'll try to slip in some sort of "political policy," even though he's just going to tell the doomed kids that they're much more doomed if they drop out of school, while Reagan and Bush Senior actually tried to brainwash the kids with actual pitches for (of course) tax cuts and education cuts. [The Denver Channel/TPM]