Wingnuts So Mad About Report On Right-Wing Terrorism, They Just Might Shoot Something 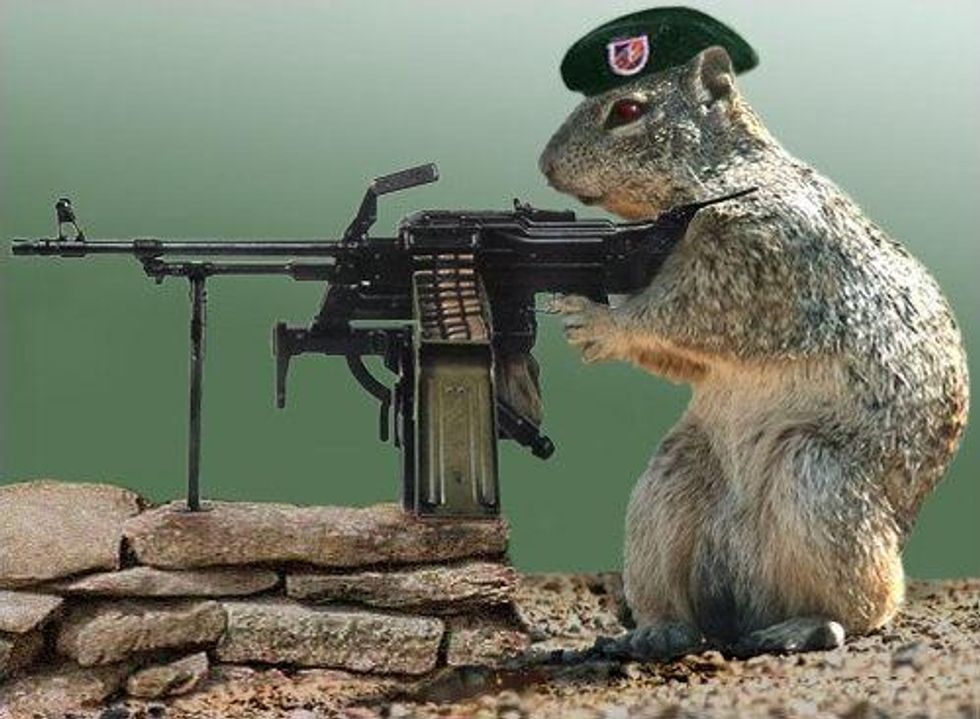 Cue yet another wingnut shitfit. CNN reports that the Department of Homeland Security has recently circulated a new “intelligence assessment” examining the danger of domestic terrorism from the right-wing “sovereign citizen” movement. This of course means that the President Oblackblack stooges who run DHS think that all right-wingers are fanatic terrorists worse than Islamists, QED.

Let us take a look at the paragraph from CNN that seems to be causing the most consternation among our wingnut brethtren:

Some federal and local law enforcement groups view the domestic terror threat from sovereign citizen groups as equal to -- and in some cases greater than -- the threat from foreign Islamic terror groups, such as ISIS, that garner more public attention.​

Well yes, one would think local law enforcement would be more concerned about locals with a grudge against the government and access to lots and lots and lots and lots of semi-automatic weaponry than it would be with ISIS, which so far is confined to deserts in the Middle East, where American sheriffs don’t have jurisdiction. (Though some of them are ready just in case them dang old moose limbs try something.)

We can’t imagine why federal authorities and local police might be concerned with violence from right-wing militia groups and attacks by “lone wolf” sovereign citizens. Truly, it is a mystery.

CNN does briefly talk to an FBI official who says that the Bureau investigates a variety of threats both foreign and domestic. And of course the entire DHS has different departments that focus on different areas. There is no mention of the title of this report, but we can assume it was focused on domestic terrorism, and somewhere in the federal government there is a report or two that deals with the threat of foreign terrorists like ISIS. Just a suspicion, but the feds can usually focus on more than one issue at a time. So it’s not as if they are ignoring Islamic terrorists to persecute Michelle Malkin and the drunks who write the Daily Caller.

But now we know why conservatives in Congress are okay with shutting down DHS over its funding. Otherwise the big bad department might continue to hurt their fee-fees by mentioning that occasionally right-wingers commit terrorist acts. Meantime why isn't DHS investigating that time Obama and Bill Ayers attended the same wedding, HENGHHHHH? Who knows what kind of bombings those two plotted over canapes!

You’d think DHS would have learned its lesson last time it reported on right-wing extremism. To your computers, brave conservative keyboard warriors! You have nasty tweets to write!