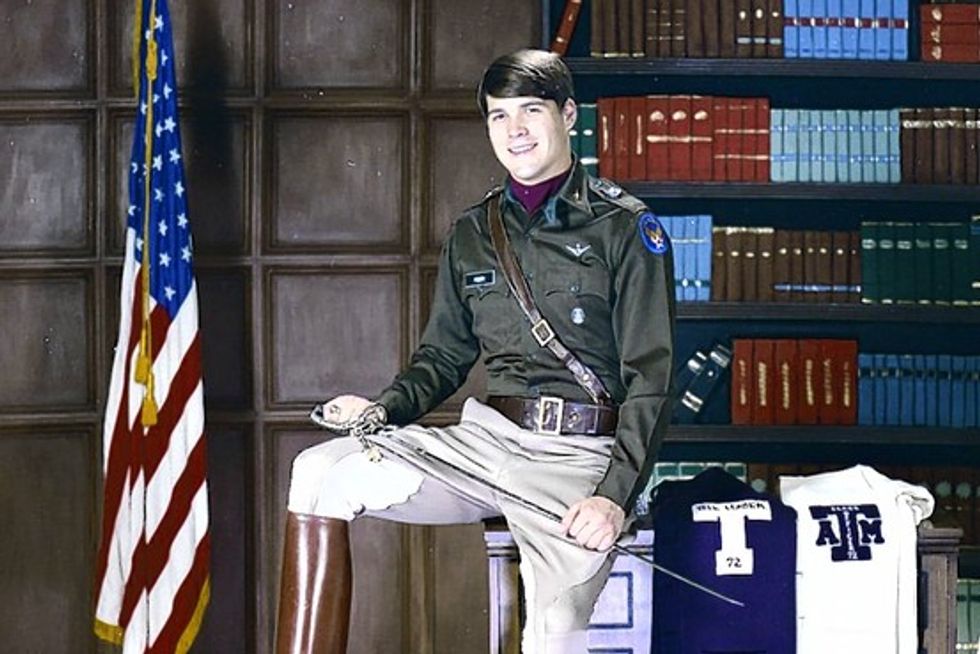 IndictedWar Criminal Rick Perry is expected to be fingerprinted and photographed today, but there was no arrest warrant, and so we will not be treated to the spectacle of Rick Perry in an orange jumpsuit, darn it. Nonetheless, the American Spectator tells us that what we are seeing right now is nothing less than The Lynching of Rick Perry, because for the first time in recorded history, we are witnessing "the criminalization of political disagreement," after which Gov. Perry will presumably be dragged from his office and strung up from a tree like some piece of strange fruit.

There's plenty of room to argue that Perry's a victim of a politically based prosecution. On the one hand, he does have the line-item veto, and the Texas Constitution doesn't appear to explicitly limit how he gets to use it. But on the other hand, is he allowed to use it to leverage the departure of an agency head (who, yes, should have resigned after a drunk driving conviction), or is that an overreach of his authority? Sadly, these questions aren't nearly as sexy as saying that Rick Perry is being lynched.

Also, let's just have a round of applause for this bit of "Texas flavor" by Spectator columnist William Murchison, who can't seem to just pick one metaphor and stick with it:

Austin, where conservatives feel like Southern Baptist missionaries in western Iraq, doesn’t cotton to a Republican governor who doesn’t cotton to the hand-tooled, leather-bound liberal agenda. Nor can the capital city be described as grateful to Perry for his part over the last decade in keeping Texas safe from liberal policies. Democrats hold not one single statewide office in Texas. You can see from any political perspective how the very mention of Perry’s name in Austin might bring on dyspepsia, if not angina.

Ooh, and that's probably because Perry doesn't cotton to their Austin-style big-government barbecue, since he prefers his legislative chili without a bunch of illegally border-crossing beans.

Yr Wonkette does not have an official position on whether Perry's indictment is a political operation (possibly by activist lesbians), but we do find it awfully cute that Mr. Murchison thinks that's a brand new category of political game (in Texas, no less!). He might want to ask Bill Clinton about that sometime.