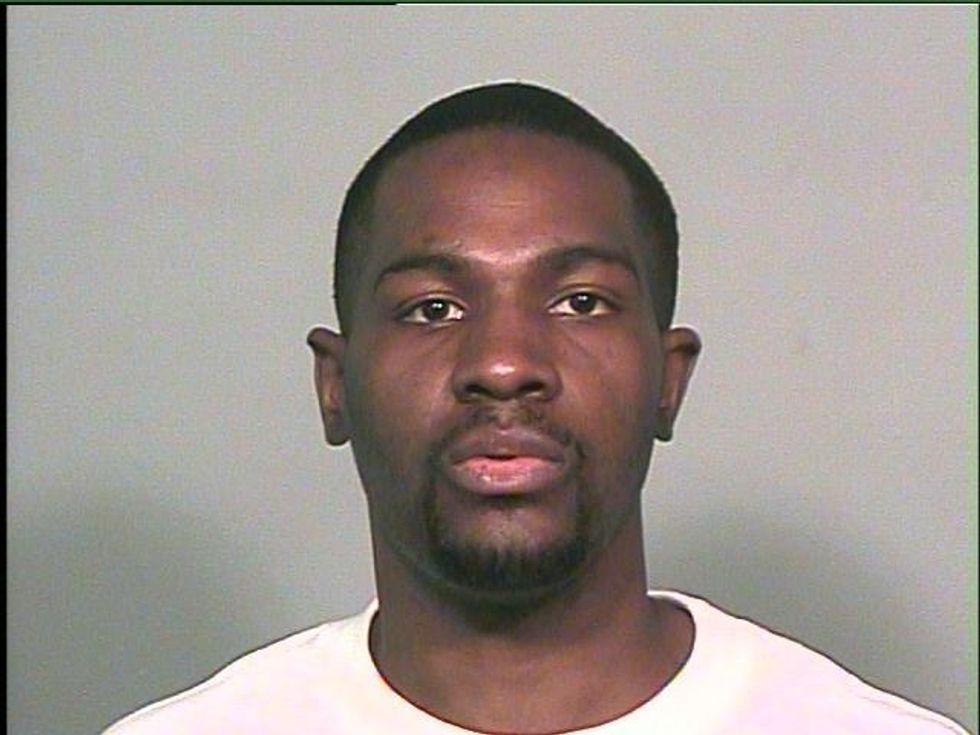 The wingnuttosphere is very excited about the implications of aterrible crime today at Vaughan Foods, a warehouse and distribution facility in Moore, Oklahoma (disgusting details follow, no way around it):

Sgt. Jeremy Lewis says the alleged suspect, 30-year-old Alton Nolen had just been fired when he drove to the front of the business, hit a vehicle and walked inside.

He walked into the front office area where he met 54-year-old Colleen Hufford and began attacking her with a knife.

Sgt. Lewis confirms the type of knife used in the attack is the same kind used at the plant.

Lewis confirms that Hufford was stabbed several times and that Nolen “severed her head.”

After killing Hufford, Nolen then stabbed another woman, Traci Johnson, but he was shot several times by Mark Vaughan, the food company's chief operating officer, who is also a reserve deputy with the Oklahoma County Sheriff's Department; he was off duty at the time. Ms. Johnson is expected to recover, as is Nolen.

And here's the part that takes the story from mere lurid crime story to Wingnut Freakout fodder:

Moore police have asked the FBI for assistance in investigating the beheading after employees of the business told police Nolen recently tried to convert coworkers to Islam.

So we have a guy who was just fired (we don't yet know the reason), in a rage, and who had a substantial criminal record:

According to the Oklahoma State Courts Network, Nolen has arrested for marijuana possession in 2009, assault and battery on a police officer in 2010, ... and [possession of] cocaine with intent to distribute in 2006.

The 2010 assault on the police officer was a pretty big deal, complete with an escape and manhunt:

Court records show that Nolen was convicted on drug-related charges and of assaulting an officer in 2011. In October 2010, Oklahoma Highway Patrol trooper Betsy Randolph pulled Nolen over and attempted to arrest him on outstanding warrants. While the trooper was attempting to handcuff Nolen a struggle ensued and the trooper was assaulted. Nolen fled into nearby woods, troopers said. A manhunt involving four law enforcement agencies and two helicopters lasted 12 hours before Nolen was apprehended.

On the other hand, he was a convert to Islam, and he beheaded his victim, so of course we're seeing freakouts like this, from the Stupidest Man on the Internet:

We wonder if he's trying to get at something, there.

Not-Joe the Not-Plumber's website is also completely certain that this is Islamic Terror, because maybe Nolen was a deep-cover jihadi who ISIS just knew would get fired:

Finally (hah -- as if!), Pam Geller has this mostly accurate headline: "Oklahoma: Muslim BEHEADS Female Co-Worker At Food-Processing Plant, Starts to Behead Another Before being Shot, Tried to Convert Co-Workers to Islam." Because beheadings are just what Muslims do, after all, as Oklahoma wingnut state Rep. Jon Bennett just recently warned us.

To further prove how paranoid the Muslims are about well-armed Americans, the Islamic Society of Greater Oklahoma City announced today that they're increasing security at their mosque, according to spokesman Saad Mohammad.

[Mosque leaders] are on alert and taking security precautions to protect the Muslims who gather there from any violence that someone might try to attempt in retaliation for the Moore incident. He said the anti-Muslim sentiments people may have could be heightened due to the beheadings and violence being perpetrated by the Islamic extremist group ISIS overseas.

“They have this ISIS thing on their minds and now this guy has brought it to America,” Mohammad said.

Stay scared, America, and have a great weekend!