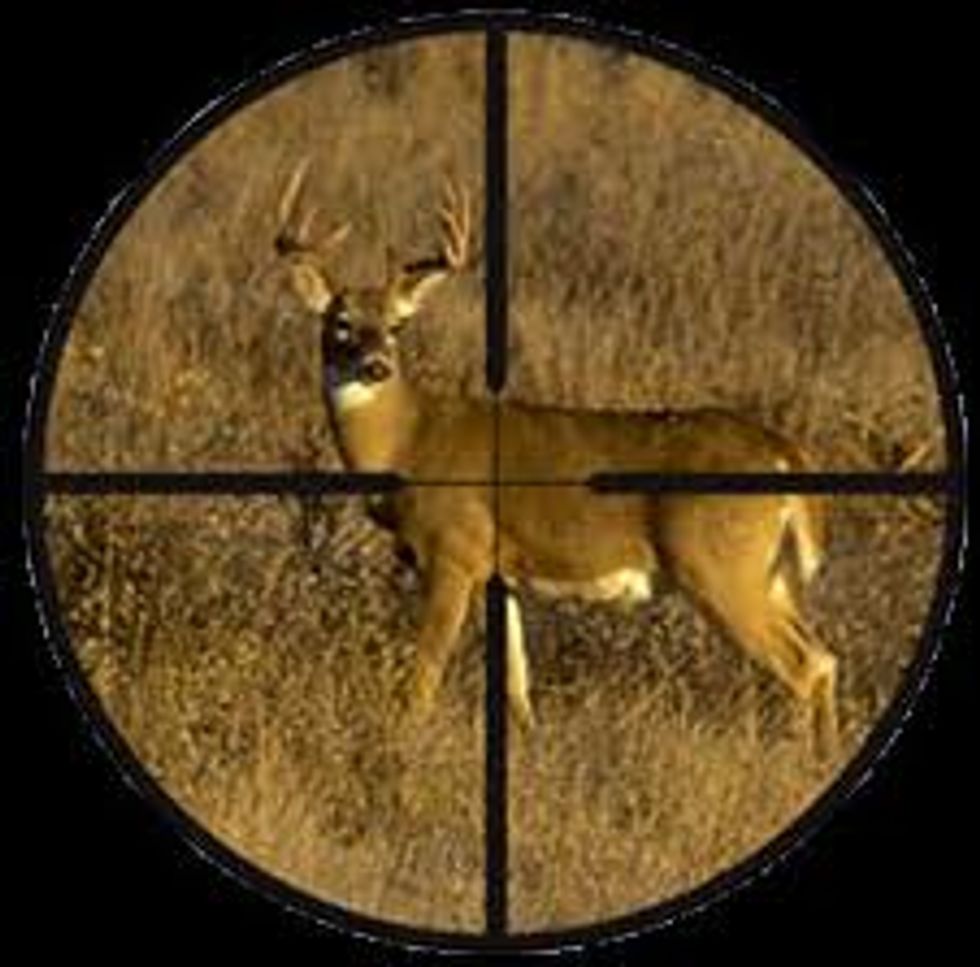 If there is one thing Wisconsinites love, we are told, it is murdering poor defenseless Bambi with a gun. Democrats love shooting Bambi, Republicans love shooting Bambi, independents and children and cripples and ladies and men all LURVE killing them some deer. Sometimes for food, sometimes to preserve their public lands from deer overpopulation, sometimes to have dominion over all God's beasts or something. This is the most bipartisan thing there could possibly be, in Wisconsin. So what did hero Governor Scott Walker do? He appointed as the state's "deer czar" one Dr. James Kroll, who thinks public management of public lands is "the last bastion of Communism."Better dead then red, derp!

The public lands Kroll despises include the state parks, state and national forests, and other publicly held property that hundreds of thousands of Wisconsinites—particularly in the northern part of the state—rely on for deer hunting. Hunters on public land may be surprised to discover that Walker regards their annual trek into a state forest as a radical left wing activity akin to marching in a May Day parade in Red Square. But so it is. If Kroll gets his way, public land hunters will get the shaft. The deer herd no longer would be managed as a public resource, but as the private property of wealthy landowners. Wisconsin will become like Europe, where hunting is the privilege of the wealthy.

Kroll, who has been the foremost proponent of deer ranching in Texas for more than thirty years, doesn’t mind the controversy and certainly doesn’t fade in the heat. People who call for more public lands are “cocktail conservationists,” he says, who are really pining for socialism. He calls national parks “wildlife ghettos” and flatly accuses the government of gross mismanagement. He argues that his relatively tiny acreage, marked by eight-foot fences and posted signs warning off would-be poachers, is a better model for keeping what’s natural natural while making money off the land.

That's it, Wisconsin! You may have sat idly by while Walker busted your union buddies. Are you really going to let him pry the [gun what's used to kill deer] from your cold dead hands? [WCMCOOP/LodiValleyNews, via DailyKos]