Wisconsin Governor's Google Results Not Looking Too Good These Days 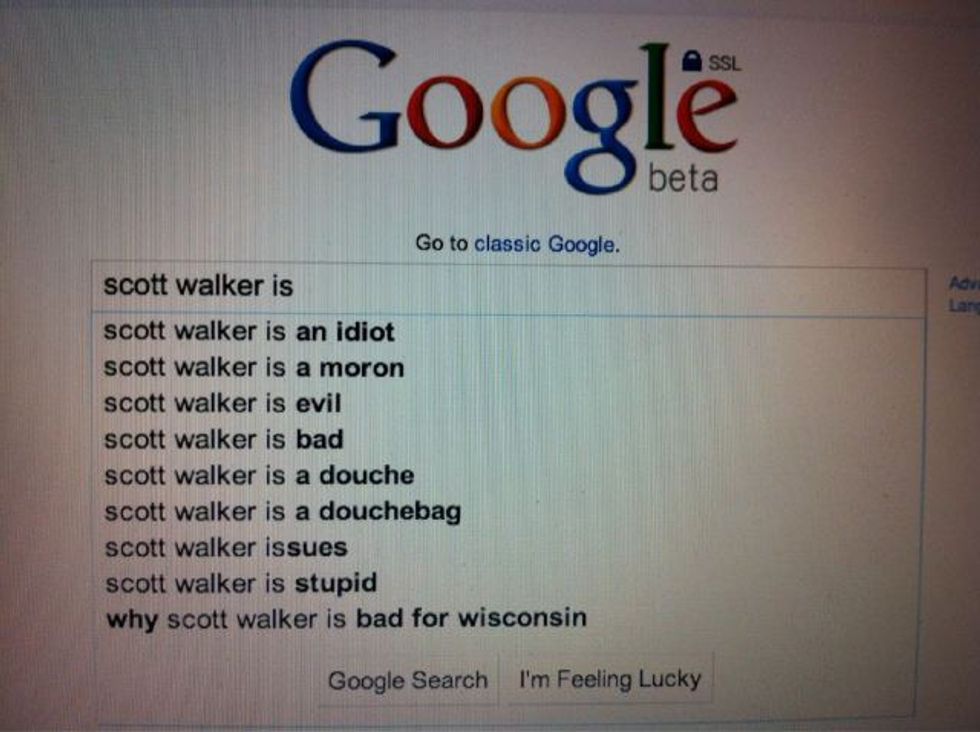 WORLD UPDATE: It turns there are other things going on besides Sarah Palin being on Facebook! Libya is still on fire, literally in many places. Wisconsin is still on fire, figuratively speaking. God even wanted to get into the act, throwing an earthquake New Zealand's way so it would catch on fire, very much literally. In turn, it seems people are angry at Col. Muammar al-Gaddafi, Gov. Scott Walker, and God. (Does God have a title? How about "Capt. God"? You're welcome, God.)

All three of these guys are really into upending the social order, aren't they? Whatever happened to pragmatic leadership? (Yes we just compared Scott Walker to both Gaddafi and God at the same time. You people with your "Wisconsin is Egypt" metaphors are so bush league.)

New polling conducted for the AFL-CIO and shared with The Huffington Post shows Wisconsin voters siding with the state workers, unions and protestors by large majorities and expressing net disapproval of Republican Governor Scott Walker

Meanwhile, Gaddafi delivered a weird, rambling speech in a wizard costume saying he will stay put. We bet everyone living under that dictator enjoyed that! And New Zealand is trying to clean up its wreckage and bodies.