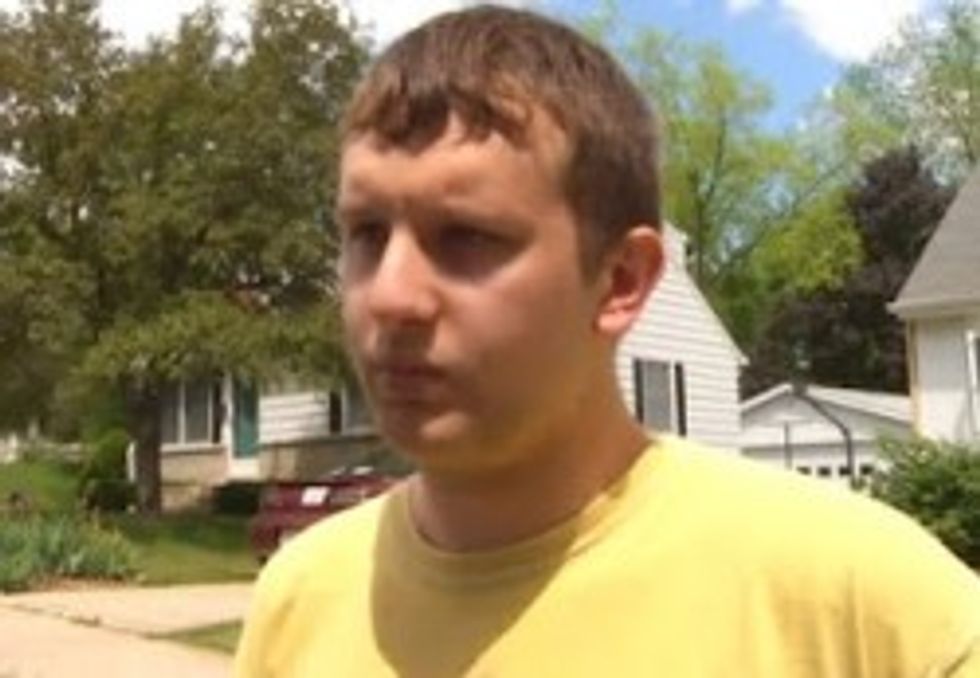 Hey poor dumb sad confused Waukesha, Wisconsin, GOP volunteer "man4men69@hotmail.com," you say you would like to sell your Republican bosses' double-secret Dropbox password to local Dems, but are you joking?

I have the Republican Party of Wisconsin’s Dropbox password and account. I am willing to sell it to you for a certain price. Name that price and we can work something out. This is not a joke.

You're sure now? What if the Dems in question go straight to the District Attorney with your offer?

He claims it was a joke. "I was just screwing around with the people," said Erik Turner.

How poor and dumb are you, Erik Turner?

Erik Turner's meeting with the Milwaukee County district attorney comes after investigators raided his Waukesha home last week. They seized his laptop after court documents allege he tried to sell, via email, private information from the Republican Party of Wisconsin to Democrats.

Turner claims the email sent to Democratic Party spokesman Graeme Zielinski was a prank--- it was very specific. It reads in part : "If you are willing to pay good amount of money I am willing to give you the email and password...this could be used to your advantage if you knew what to do with it." Zielinski and the Democrats contacted the district attorney.

"Since I did not sell it or had intent to sell it no I shouldn't face charges," said Turner.