Wisconsin State Representative Plans To Hand Out KKK Hoods To Republicans, Who For Some Reason Find This Offensive 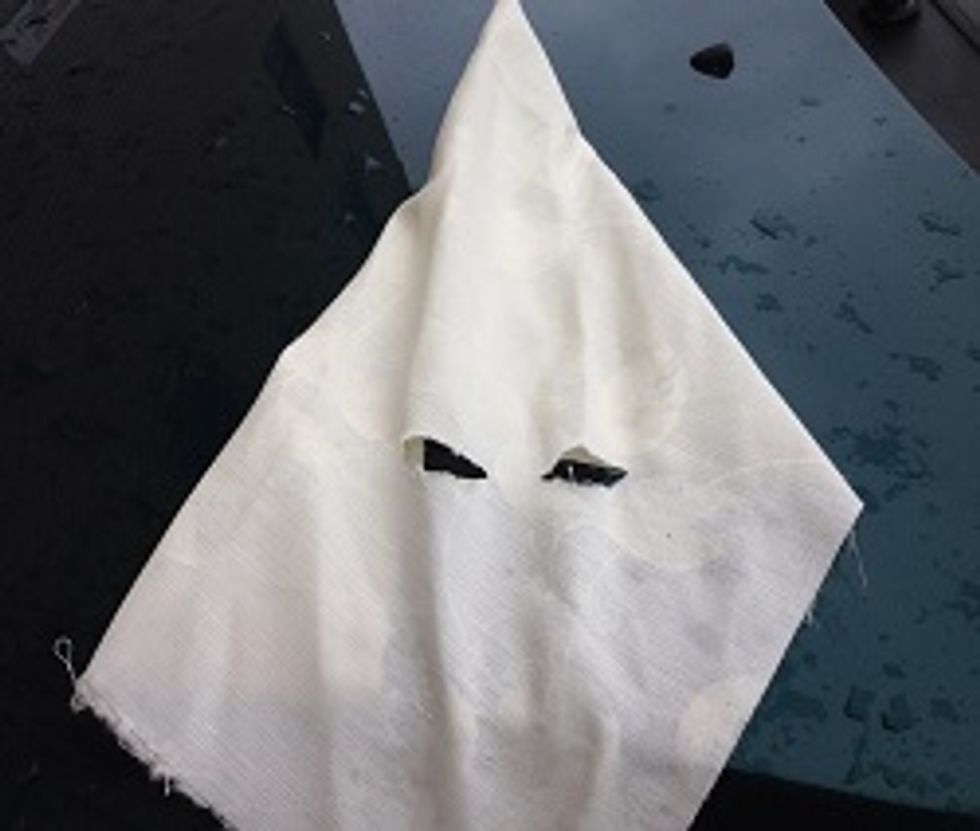 In case our North Carolina-based readers fail us and thisGreg Brannon election doesn’t work out, we’re considering turning our besotted eyes towards Wisconsin state legislator Rep. Brett Hulsey, a long-shot candidate for the Democratic nomination for governor and possibly our new political man crush. If the stunt he announced yesterday is any indication, Hulsey may just be the shit-stirrer Democrats need to kick lazy-eyed cretin Scott Walker right in the yarbles, electorally speaking. Or else he is nuttier than a barrel of trail mix. Your Wonkette likes to live dangerously.

What did Hulsey do yesterday that had leaders of both parties denouncing him?

Hulsey, a Democratic gubernatorial candidate whose bizarre antics have been on display for years, called the hoods — which are generally regarded as a racist symbol akin to a Nazi swastika — "Republican Party hats."

God that is so dickish it made us giggle. And we know it really tweaked the Wisconsin GOP, which has set a new standard for dickishness the last few years. Plus, we don’t live in Wisconsin, so what do we care if this gets ugly? Could it be any uglier than Scott Walker’s shenanigans?

Hulsey has only been in the state legislature for three years, but he has earned his colorful reputation. Not for any legislative achievements, of course. But there was the disorderly conduct charge for flipping some random kid out of an inner tube at a Wisconsin state beach. (The pdf of the police report is here.) There was that time he participated in a triathlon wearing nothing but a visor and a thong. There was the incident with the box cutter, which so terrified an aide she got herself reassigned to another legislator. There is the crappy VW convertible he spent $1,200 in campaign funds on so he could use it in parades. There is that gap in his front teeth through which you could roll a cheddar cheese wheel the size of a tractor-trailer tire.

And now there are the “Republican Party hats” that cost about a dollar each to make. It’s a small price to pay for being lovably dickish.