How dare he raise money to run against a Republican!

Former Wisconsin Sen. Russ Feingold is running to win back the seat he lost in 2010, and online rightwing rag Washington Free Beacon would just like you to know that he's getting a lot of money from Jews, Hollywood, and Hollywood Jews to finance his campaign. 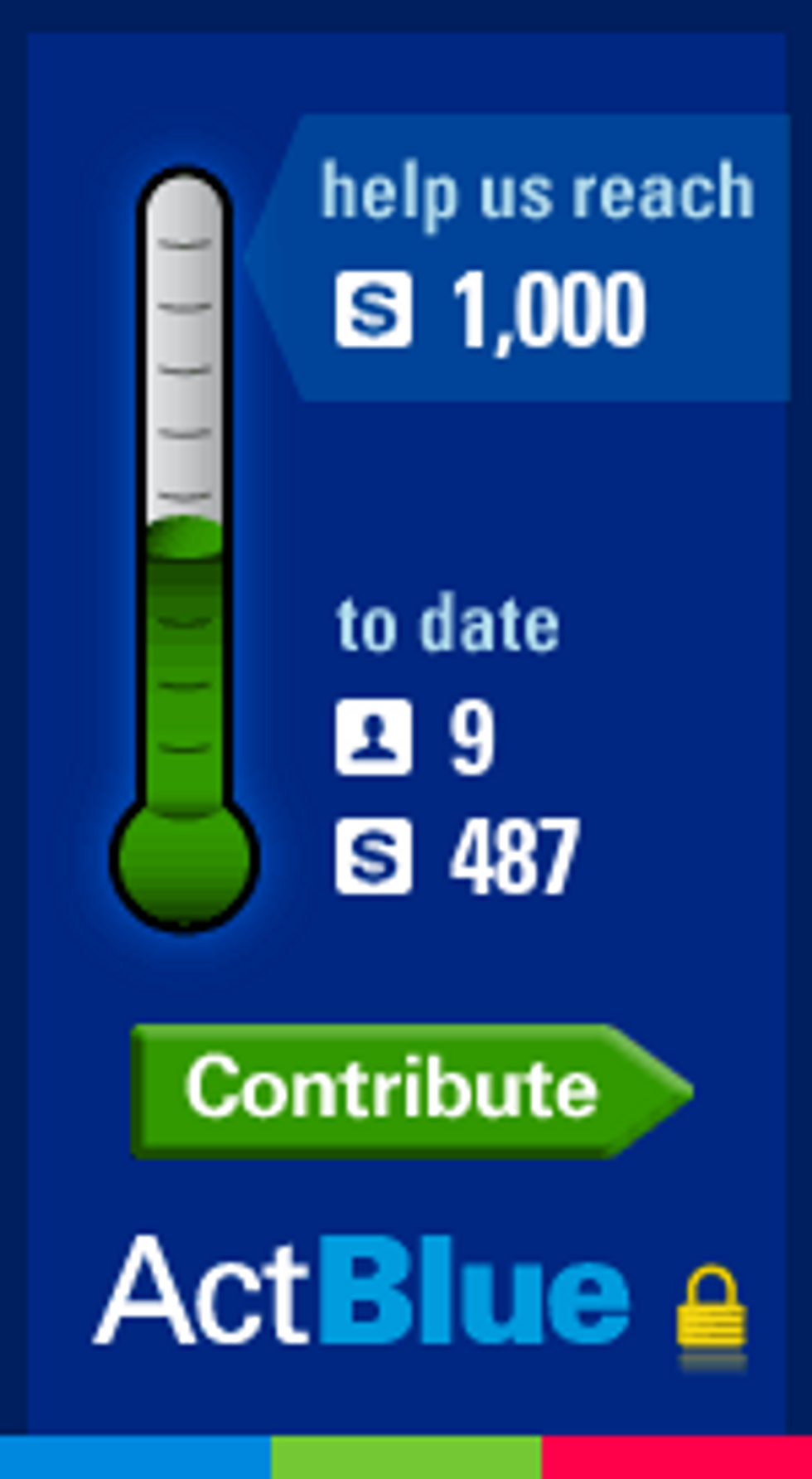 The site has alerted its readers that George Soros and Hollywood and the J Street PAC have been throwing all sorts of money at Feingold, which makes him a big old hypocrite because he's no longer standing by his old pre-Citizens United pledge to reject PAC money and to fundraise only in Wisconsin. Why, it's almost as if he wants to raise enough money to win against Sen. Ron Johnson, who defeated him in the tea party wave of 2010 and is being funded by the Club for Growth and other rightwing groups.

Let's just accept that the Wisconsin State Journal is putting it mildly when it says the 2016 race between Feingold and Johnson is "already getting personal."

To prove his tea party bona fides, Johnson recently compared himself to George Washington, saying he was a "reluctant candidate" who is only seeking re-election because his country needs him. That would explain all those frenzied cries of "Johnson! Johnson!" you've been hearing everywhere. Otherwise, he'd just go back to his plantation and grow tobacco, we suppose.

Oh, but that Feingold, Johnson says, he's running for the worst possible reason: He likes being in the Senate!

“Sen. Feingold, on the other hand, just is so addicted -- he so covets getting back in there,” Johnson said. “He’s part of the elite, right? Guy who’s so smart he’s going to tell you what kind of health care to buy!

“So who does Wisconsin want representing them? Somebody who’s doing it to serve the public, or somebody who’s there to serve his own ego?”

That monster. Feingold, asked to reply to Johnson's accusations, laughed and said, "I’m not the guy who compared myself to George Washington."

Feingold does at least seem to have a lot of the Wingnut-o-sphere worried. A group blandly calling itself "The Wisconsin Alliance for Reform" has launched a website called FeingoldFacts.com, which warns that Feingold loves illegal immigrants, voted for Obamacare, and "voted to raise taxes on hard-working families 278 times" -- instead of cutting taxes for the rich like a good person would. Just look at this cool game show-inspired ad, coming to Wisconsin TV endlessly, and scheduled to run at the same time as the actual Jeopardy! show:

Oh, we get it! All the bad things are "Feingold!"

The Washington Free Beacon stories are pretty subtle, too. One advises: "The Soros family and Hollywood bigwigs are among the latest individuals to pump tens of thousands of dollars into the Wisconsin Senate campaign of Democratic hopeful Russ Feingold," and "Feingold’s campaign is being fueled by individuals who reside outside of the state of Wisconsin, a complete reversal of a pledge he first made to residents within the state dating back to 1992." Even worse, he's being supported by "rich and famous liberals." O the horror!

In another piece, the Free Beacon (motto: "Stop Salivating, We Didn't Say Bacon") notes the "J-Street PAC has pumped more than $100,000 in bundled lobbyist contributions" into Feingold's campaign. They're really big on pumping over there, we guess.

This is supposedly scandalous because in prior campaigns, Feingold eschewed PAC donations and money from lobbyists. For his part, Feingold keeps pointing out that since the Supreme Court gutted the campaign-finance law that he and John McCain cosponsored back in a more innocent age, he has little choice but to play by the new, shitty rules of campaign finance in order to be in a position to fix things:

Feingold insists that he’s still as keen as ever on reducing the impact of outside groups in campaigns.

He has urged Johnson to join him in signing a pledge to discourage such groups from spending in the race, but Johnson has not shown interest in doing so.

“He loves the system that we have now. I don’t,” Feingold said. “He’s perfectly fine with all this dark money and independent ads, and I’m not.”

Call us crazy dreamers, but we'd love to see Russ Feingold back in the Senate. Here's where you can send him some money -- even if you're not a Hollywood Jew!

Who Needs Dr. Fauci When You Have Dr. Diamond And Dr. Silk?

Of Course Kim Davis's Lawyer Is Repping The Coronavirus Pastor

Matt Gaetz Demands Senator Richard Burr's Ouster For Stock Dumping. Must Be That Time Of The Month Again.