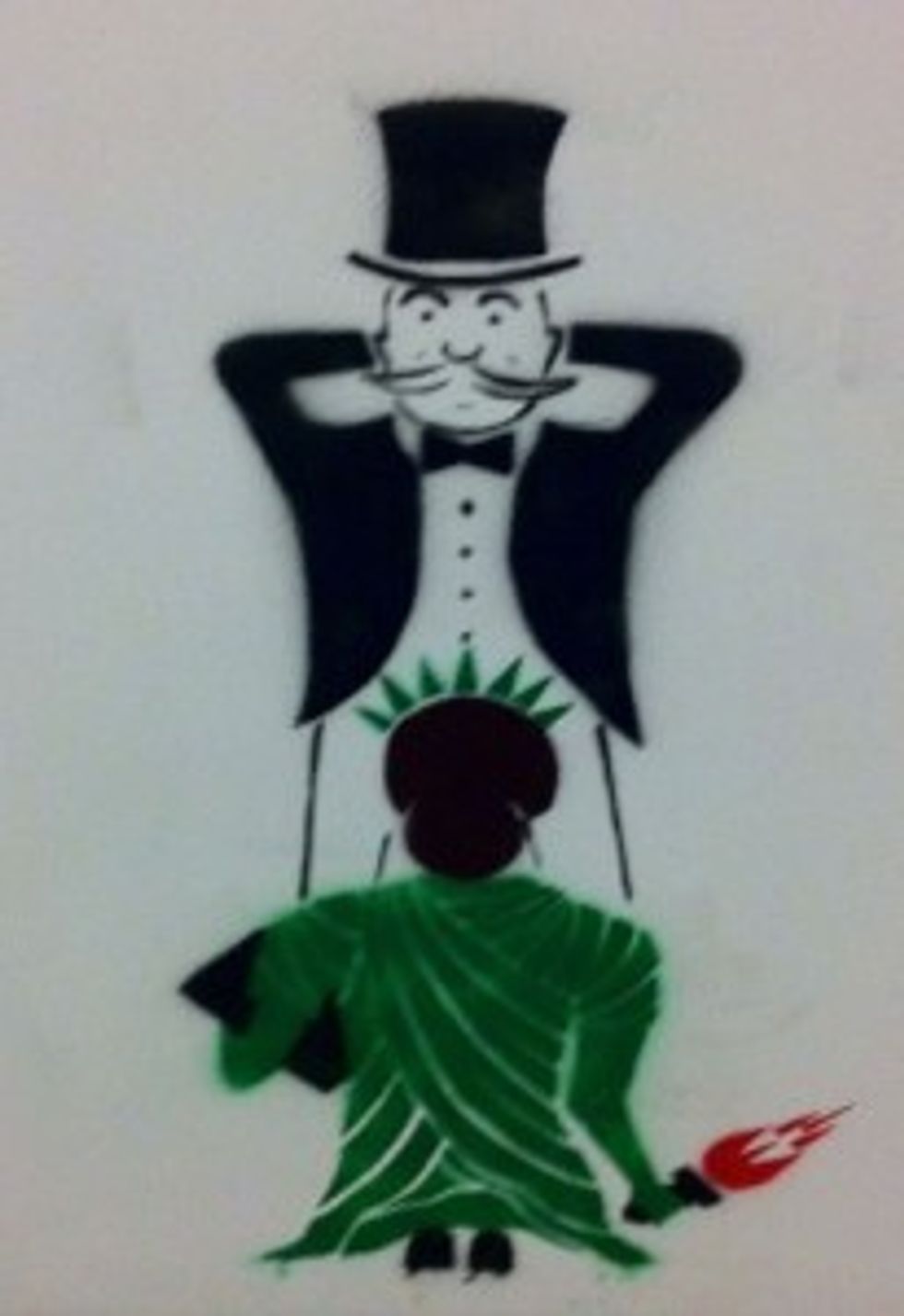 Taxes on the rich would be very, very bad. All Americans learned this from our first constitutional president, Ronald Reagan, which is why his illegitimate son -- theKeynesian Kenyan economist Barack Obama -- keeps prattling on about the need for the top 1% to pay their “fair share.”  But as common-folk hero Eric Cantor can tell you, taxes on the rich are literally the murderers of innocent, mostly nonexistent jobs. With much of the remaining U.S. service sector now devoted to carrying sacks of Rolex watches and diamond-studded vibrators to Charles Koch's chauffeured Bentley or sponge-bathing David Koch's liver spots with whale oil, the redistribution of wealth from "people in general" to a handful of gazillionaires has put more pressure on the rich to keep being insanely rich. Who will make the nation's poor finally take their medicine, for America?

A RedState blogger/wealthy CEO of some random Internet company has made up a "reasonable solution" for the country's descent into horror: a strongly regressive tax:

You can raise taxes on high earners, but you don’t solve any economic problem that way. There just aren’t enough rich people to buy candy and bubble gum for everyone else. Plus, you kill job growth by wiping out their incentives to take on economic risk ...

Let’s challenge the Democrats on this one. If they’re so committed to the idea that we need higher taxes, then let them propose a broad-based, regressive increase: either a VAT, or a large payroll-tax rate increase (which Reagan also did).

Just do it, Democrats. You want higher taxes? Then propose higher taxes that really will reduce deficits while minimizing the effect on job creation. Otherwise, shut up.

But wouldn’t a 0.012% tax on the 15,000 highest earning households buy everyone some bubble gum? Maybe, but that’s the kind of Nobama class warfare that has been ruining this country ever since the so-called New Deal.

We could spend all day listening to whining Marxist types like Alan Greenspan and the demons who run Goldman Sachs about the “risks” that “inequality” present to the “economy,” but the rich are God’s voice on Earth, and as such we cannot afford provoking their ire.

Oh look it's another Wonkette Jr.! What will she/he come up with next?