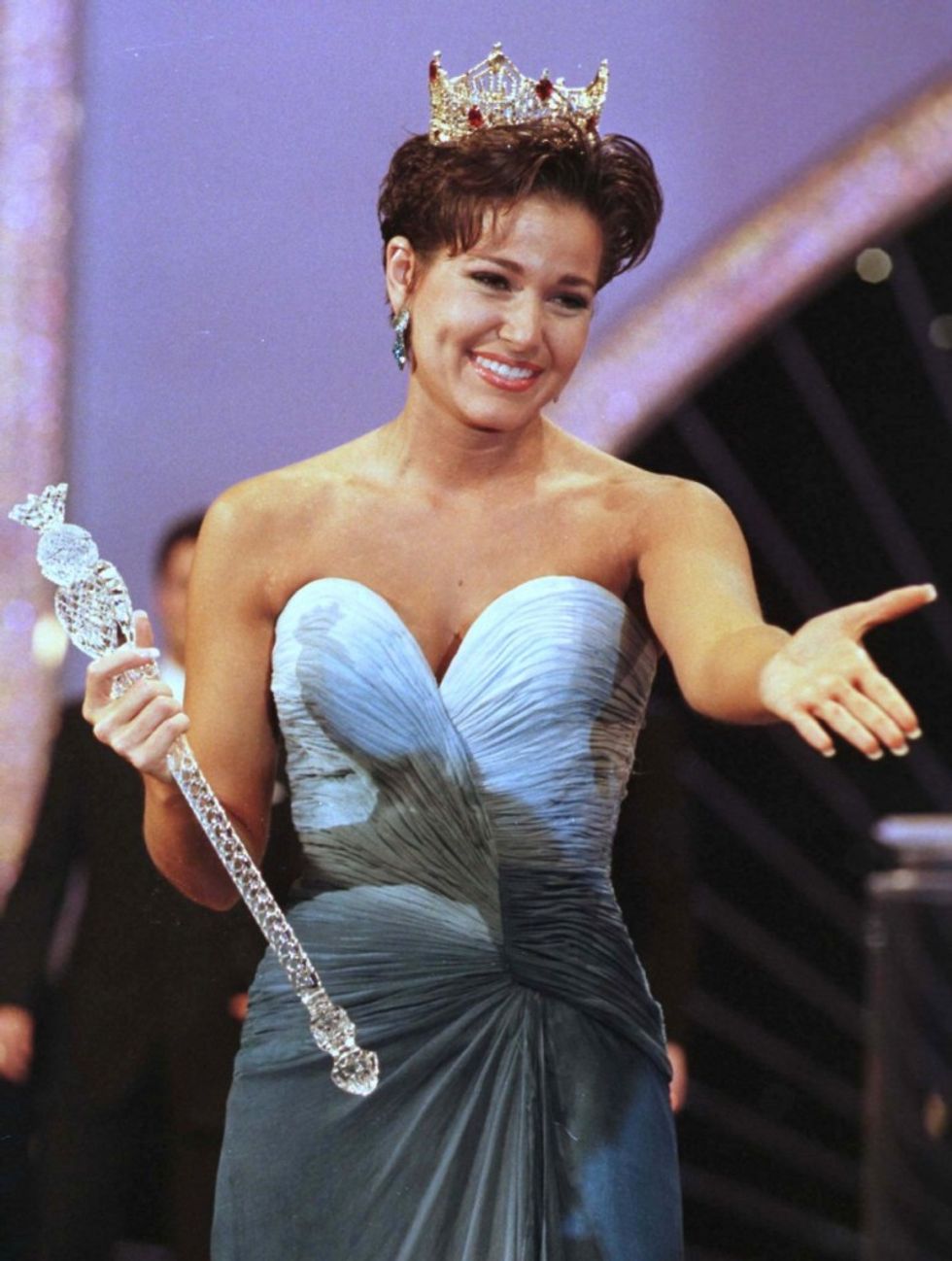 Kentucky Democrats, you are awesomesauce. You are respresented by Mitch McConnell, who was the least popular senator in the country until Arizona Senator Jeff Flake stepped on his "friend" Gabby Gifford's shattered skull to vote against background checks at gun shows, whoops. And yet, when faced with what could possibly be a winnable race, you a) get superching-chong-chinaman-racist on Mitch McConnell's Taiwan-born wife, b) do some bullshit eavesdropping that bites you in your fat Kentucky ass, and c) when the Big Hollywood Gaia-worshipper who's always jawing on about the Patriarchy decides not to run you go courting ... a former Miss America with no political experience except being married to a guy who was in politics until he was convicted like 50 times of 50 different things, including defrauding Medicaid like he was Rick Scott or something. Also, she killed someone.

We are waiting for Heather French Henry to announce she is not interested in running, at which time Kentucky Dems should approach:

Kentucky Dems, whatever would we do without you?