With Nothing Better To Do, Congress Votes On Some Gun Stuff 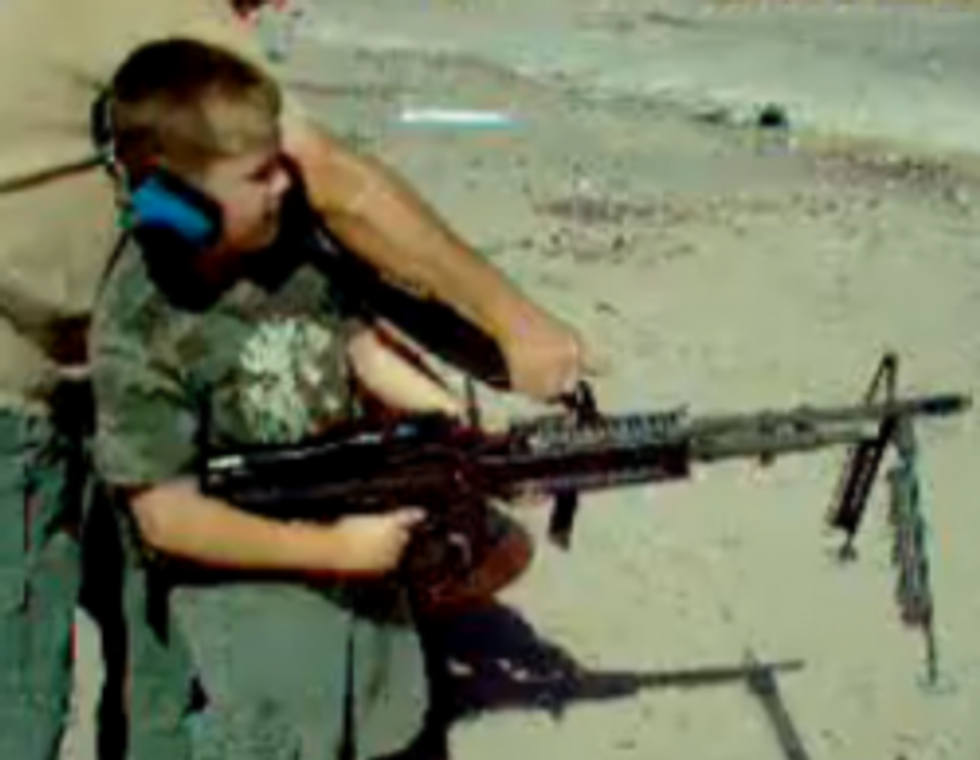 Happy newz everyone, the most-hated Congress in all of American history has finally Gotten The Message and started passing some exciting jerbs legisla-- HA HA JUST KIDDING, ALWAYS KIDDING, FOREVER. No, the only issue that gets broad-based House support from 229 Republicans and 43 Democrats these days (besides their brave efforts to reaffirm "In God We Trust" as the national tagline) is passing legislation to guarantee the right of the yokel in Utah who buys hisself a concealed carry permit from the gun license vending machine at the corner gas station to bring his concealed weapon into any other state regardless of that state's (potentially more strict) gun laws. Spread the fear, everyone!

BUT WHADDABOUT THE STATES' RIGHTS??

The current bill’s sponsor, Rep. Cliff Stearns (R-Fla.), said he acknowledges critics’ concerns over states’ rights but said, “I think to a certain extent, the deterrent value and the feeling of self-defense … has to be recognized here.”

That's true, screw the states, exceptions have to be made. Fear is always the Most Important Right of All.

“I don’t think it’s a violation of states’ rights because it doesn’t repeal any right that a state has to have or not have its own laws,” said Rep. Charlie Bass (R-N.H.). “The fact is, we have a tradition in this country of upholding other states’ laws [and] allowing them to apply in other states.”

Meanwhile, we noticed the Drudge Report has a helpful tip today, for the gun nuts!