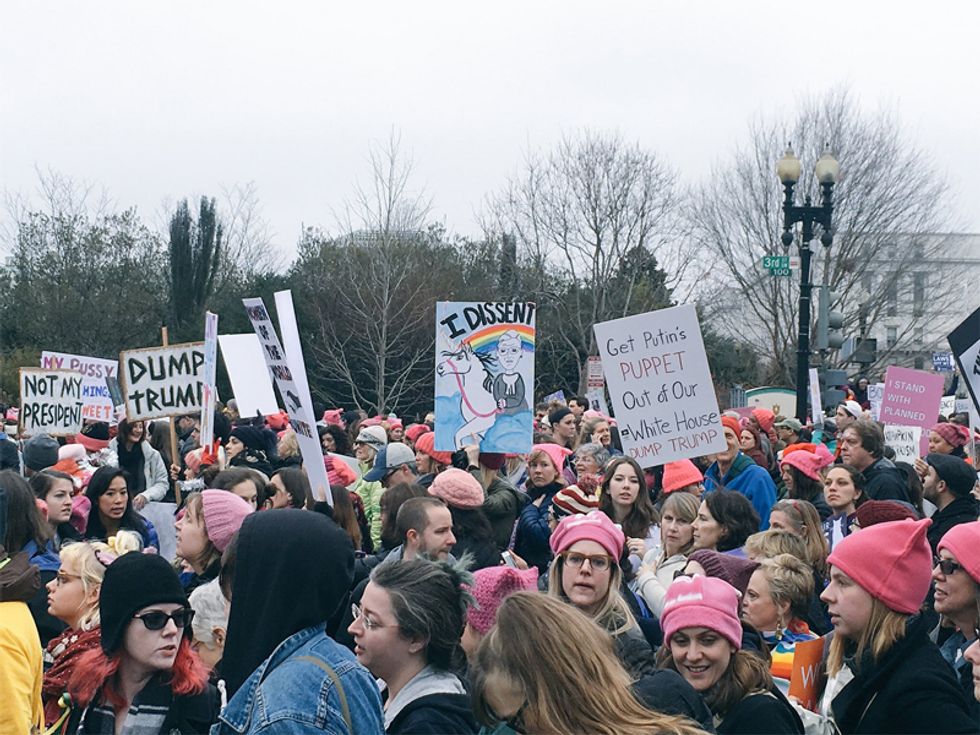 It's the day after the inauguration, the nation is still standing, and women and men are marching all over the country to send a clear message to the Hair Beast in the White House: Down With This Sort Of Thing! We'll be bringing you updates from the media and the Twitter and from our network of Wonkers as they get enough coffee in their system to post photos! And when we're not updating, we'll be here for you to chat, as you will.

10:27 There definitely seems to be a running theme in some of these signs.

10:35 Love this one from Berlin, via Human Rights Watch and the Guardian:

10:49 Well that's some fine timing: Gloria Steinem speaking at the women's march (livestream at Vox, not embeddable, sorry!). Networks all covering the interfaith prayer service at the National Cathedral, of course.

10:55 Did we say not embeddable? We found the embed over at the Facebook page!

11:12 There is something to be said for understatement.

We should note this was posted by an InfoWars editor who is displeased himself: "It's great to see these #WomensMarch protesters know exactly what they're demonstrating against." Haw haw, stupid ladies.

11:20 A snippet from Gloria Steinem's speech:

Gloria Steinem at #WomensMarch: "If you force Muslims to register, we will all register as Muslims." https://t.co/uxbbk30Fzv