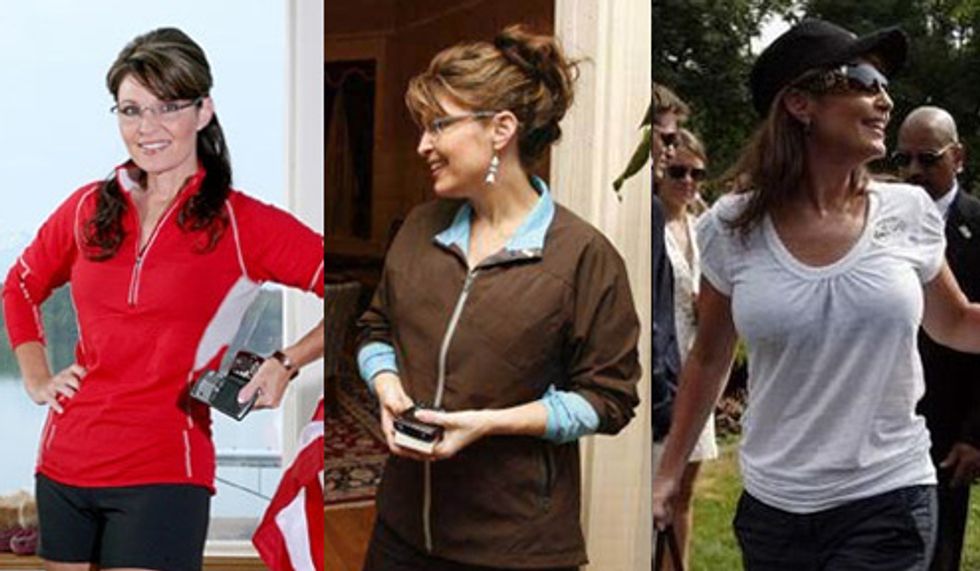 Wonkette has never broken a more Important News Story than that one about Sarah Palin maybe or maybe notgetting new boobs from the doctor. It has been repeated and reposted around the world, even on Howard Stern's show. And, for the first time in HISTORY, Sarah Palin is actually keeping her mouth shut. No Twitters denying it, no petulant Facebook grade-school essays on the topic, really no defense of The Troops at all. Google News is currently showing 486 articles matching "Sarah Palin + breasts," all because of Wonkette's dumb pasted-together compare/contrast pictures of Sarah Palin with and without her suspected body modification nihilism. Everybody seems to think this story is super important!

Or not. But it will generate many, many page views! And that's like the Internet version of "teevee ratings" or "the Nobel Prize for Literature," so it's a major concern for any serious news organization, to pick up and repeat a speculative item on the "notorious political blog Wonkette."

So, we've finally got something Sarah Palin won't talk about, which is awesome.

And we've got so many gazillion Lame Stream Media newspapers and radio shows and blogs all jabbering about Sarah Palin's breats -- which, you will note, were never an issue before, not even to Andrew Sullivan during his decade-long Trig Investigation. But do we have any information? No, of course not.

We do, however, have a bunch of hilarious new speculation by women who have actually purchased breast implants! And we found this trove of insider data on a little website we like to call "JustBreastImplants.com," because that is the name of the website:

That last bit, in italics, is known as a "forum sig" -- a signature at the bottom of all your contributions to the forum. How does your forum sig compare?