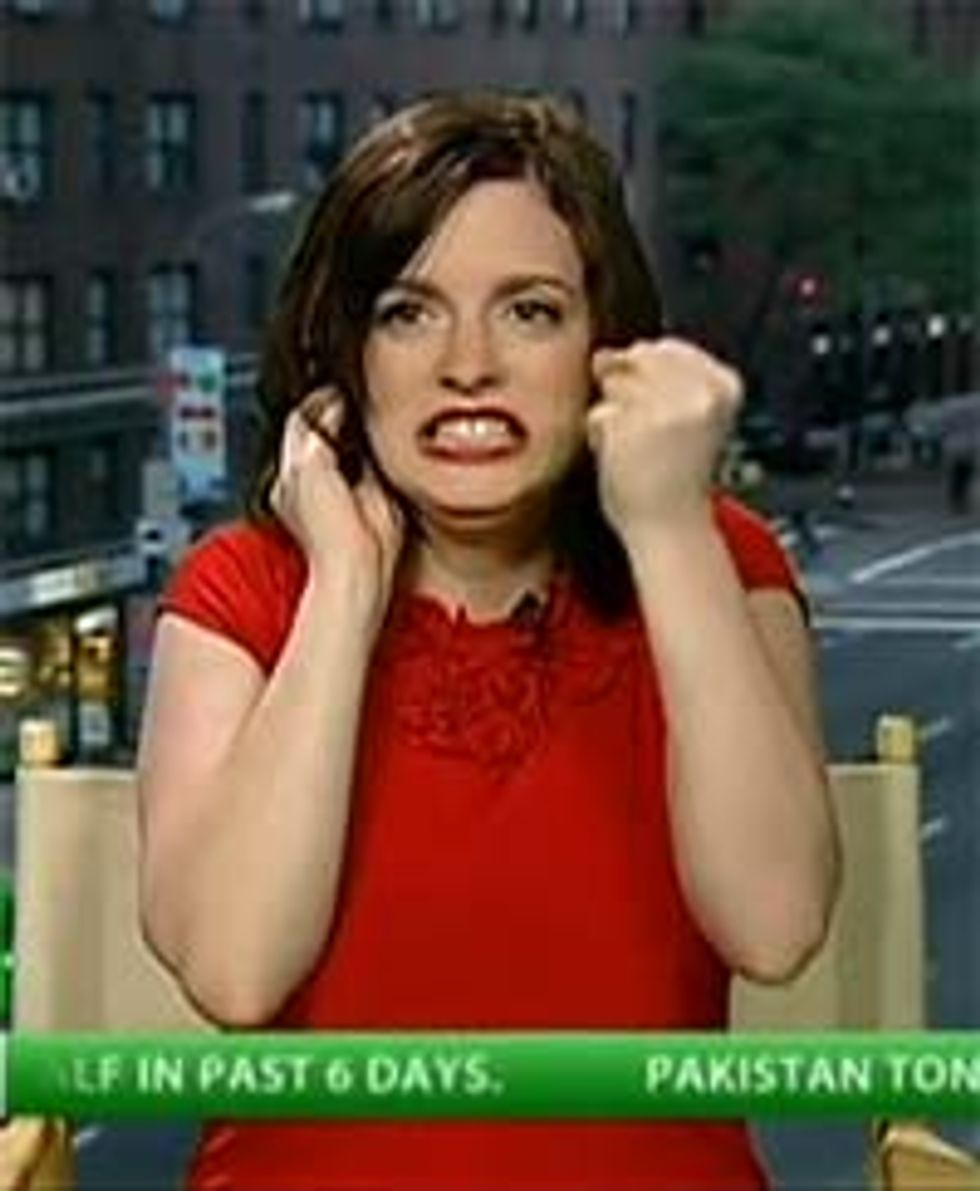 More institutionalized reverse sexism, with Wonketteladies getting involved in exciting video internet projects, while the menfolk just sit around in their underwear at home, eating 100 calorie packs of Cheetos and scratching themselves. (This is because Communist Woodrow Wilson gave them the right to vote, probably.) Sara Benincasa got invited back by Alyona Minkovski, who is mad that we called her a Russian spy (to which we say, once you stop spying for Russia, Alyona, we'll talk). Why is Sara so angry? Is it because of how the babushkas tarted up her hair and makeup? Is it because the right wing is "invading [her] earpiece?" Find out, after the jump.

It's because everyone hates the Muslims, actually. Watch her shake her fist at Islamophobia!

Also, the hipsters at Vice Magazine have hired Wonkette's Liz Glover to produce some political Internet video television show. Disappointingly, she's not even in this video, in front of the camera at least, but watch it anyway if you want to see a hip dude in a hat interview a hip dude from Reason magazine in an extremely well-appointed office, which was paid for with food stamps and farm subsidies.