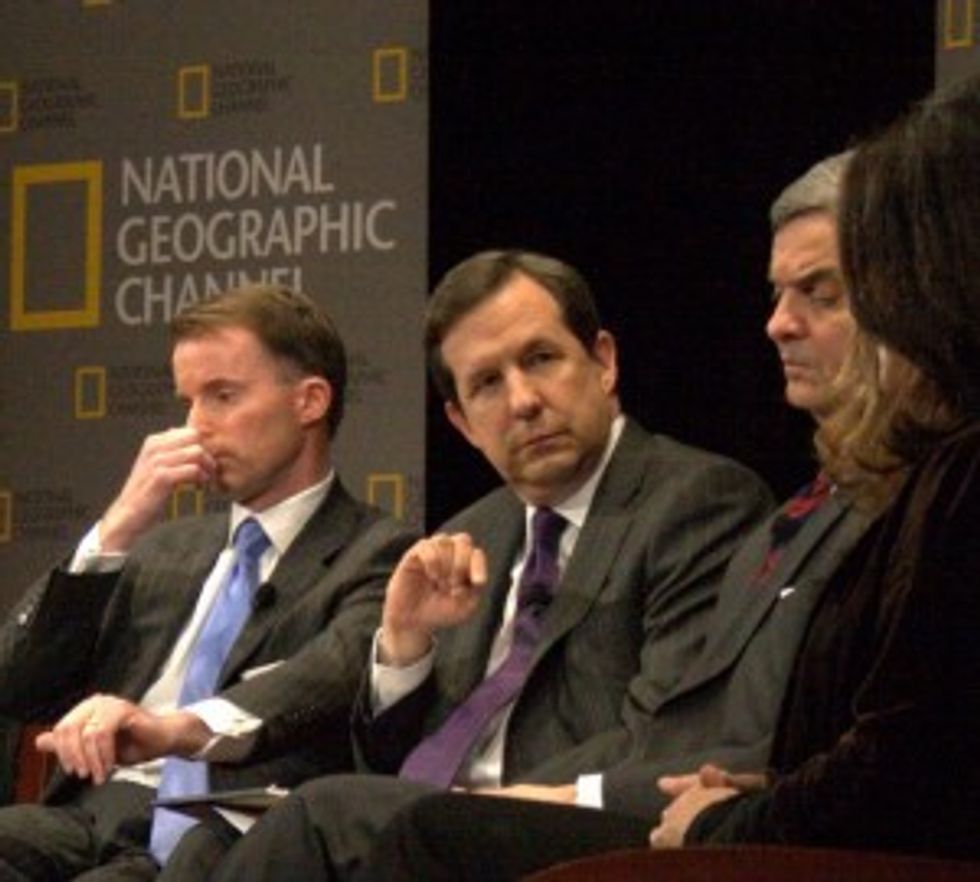 Remember Guantanamo Bay, that rascally little island paradise which sorta robbed America of any remaining moral superiority it had been frittering away since World War II? Well, Obama FAILED in his promise to personally release and hump every prisoner within, so it's still housing terrible foreigners. But after seven years, National Geographic somehow managed to sneak in and make a documentary about it, and your Wonkette was invited to preview the horror.

The screening of Explorer: Inside Guantanamo was preceded by a lovely little reception, notable in that all the people mingling around the meat carving station were also standing under a stream of creepy Gitmo images projected on the wall.

The film itself provides a nice little window into a day in the life of Gitmo -- the guards censoring sexy things like Viagra ads from prisoners' magazines, prisoners hurling feces (alluded to, not actually pictured), the guards and prisoners quibbling over plastic bags and toilet paper. Of course, it being National Geographic, the film also tries to get you to Think about the moral issues surrounding the continued imprisonment of people never formally charged with a crime.

The most interesting part of the film was actually the discussion that came after it. There was a panel of six "experts," all of whom were present at some time or another in Gitmo. Despite provocation from news hobbit Chris Wallace, each and every one of them settled on a different opinion of what torture is and to what extent it was committed there.

They couldn't even agree on whether Obama will have the cojones to close the camp within a year. Basically, still, no one has any idea what is going on there and how it's going to end, not that anyone should be terribly surprised by this outcome. So yay, briefly suspend your viewing of Rock of Love VI, turn it to the National Geographic Channel at 9PM on Sunday, and prepare to lose some sleep.