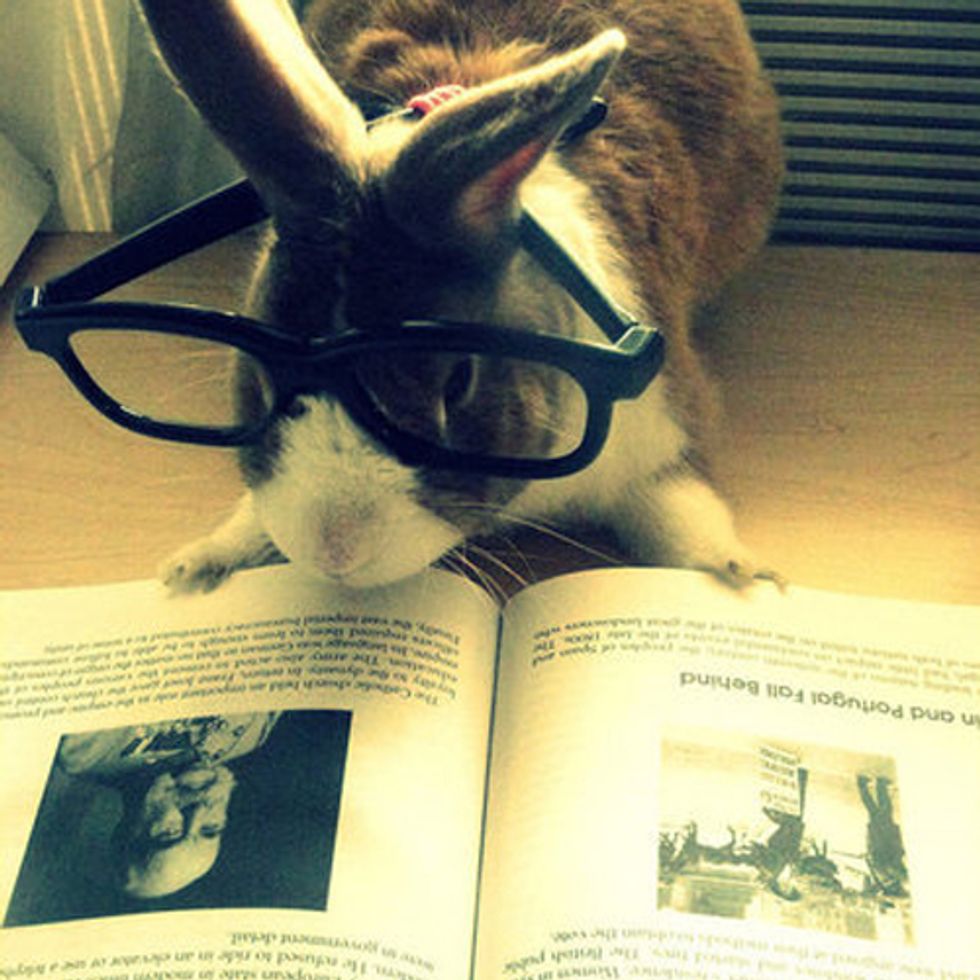 If there's anything nicer than catching up with some good reading on a Saturday, we don't know what it is. Here, take a gander at the top stories of the week, as chosen by You The Readers, or at least by You The People What Shared Stories On Facebook. Don't see a favorite story here? You need to make sure to share those suckers and get 'em all viral and stuff! And so, we proudly bring you our Top Ten stories of the week past:

10: Barack Obama unveiled a plan to provide 2 years of community college for free to all qualified students. What a snob!

9: Mike Huckabee just can't understand why the President lets his children listen to that common prostitute Beyoncé. Look, buddy, if somebody's accented é has made it to autocorrect, you don't get to complain.

8: Marco Rubio and Ted Cruz both got appointed to subcommittees that oversee science and climate change. Go visit coastal cities while they're still there!

7: A nice lady in Memphis is pretty sure that the Devil Himself is making school bus taillights. And a TV station figured that news needed to be shared.

6: A rich techie jerkball renounced his U.S. citizenship to escape paying taxes. Now the libertarian ubermensch is unable to get a visa to visit the nation that he bailed on. Poor sweet baby.

5: A Federal court held that parents have to vaccinate their kids if they want them to attend school -- even if they think diseases come from the Devil and so vaccines are unnecessary. Yay, science!

4: A study found that the richest people in America are pretty sure that being poor is easy, since they get all that government money without working. We invite them to give it a try.

3: A meeting of NYPD union members descended into a shouting match when a vocal faction of cops decided they'd rather do cop stuff than support union president Patrick Lynch's pissing match with Mayor Bill de Blasio. No one was choked to death, so, progress!

2: Rightwing hero Ben Carson isn't just a famous neurosurgeon; he also shilled for a fake cure-all snake oil nutritional supplement that does not actually cure cancer, AIDS, asthma or the heartbreak of psoriasis.

1: The Worst Parents in the World made a cellphone video of their one-year-old baby holding an actual real gun. Thankfully, nobody was shot, and CPS has taken the baby somewhere more sane. Being raised by wolves might be an improvement.