Wonkette's Pet College Newspaper Asks: If You're On Food Stamps, Why Are You Even In College? 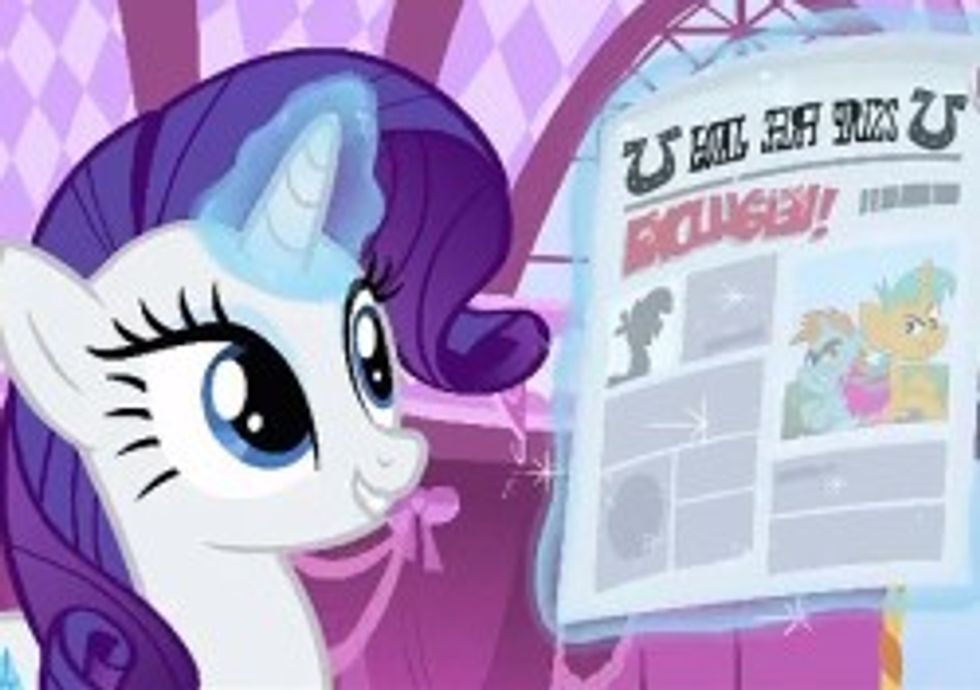 It's been a while since we've checked in with the student journamalists of theIowa State Daily, that fine press organ (*snckkk, "organ!"*) which gave us an inspired anti-chalk editorial and some very earnest tsk-tsking about Bruce Springsteen using the rock and the roll to campaign for that Obama fellow. This week, the young fogeys of the ISD editorial board turn their attention to the timely issue of food stamps, and they manage a pretty neat trick: In an editorial titled "Food stamp abuse necessitates restriction," they transform "qualifying for food stamps" into "abusing food stamps." And to their shock and horror, the editorial board discovers that there are a lot of scummy people out there abusing food stamps through the sneaky tactic of being poor enough to get food stamps.

We are sad to report, however, that our favorite feature of ISD editorials, the writing style so reminiscent of kids on 4chan trying to sound like Fancy Gentlemen, is a thing of the past. That guy must have graduated. What's left is a more straightforward style, plus the same convoluted logic that led the editors to condemn political messages written in sidewalk chalk, because... well they just didn't like all that chalk. Stripped of their trademark verbosity, the editorials have to rely on their reasoning, which is just sort of sad, like that tragic period when KISS went without makeup. Still, what they lack in pomposity, they make up for in over the top assertion.

For instance, did you know that a lot of people use food stamps to buy inexpensive food that is less expensive than fresh fruit and vegetables? The conservative darlings at the ISD seem shocked that someone with limited funds would prefer "mass-produced, prepackaged junk" simply because it is "less expensive." For anyone else, choosing the least expensive option is a logical, market based decision. For poors trying to stretch their budget, it's "abuse."

What's even more shocking is "the staggering number of people eligible for food stamps or SNAP cards who don’t need them." (Kids, they are the same thing. Physical food stamps don't exist anymore.) Where are all these Cadillac-driving moochers? Well, they are a single person making less than $1,211 a month, or a family of four making no more than $2,498. Yes, yes, the editorial sniffs,

These numbers are undeniably low. But, for those who effectively know how to live frugally, they hardly necessitate federal food assistance.

The evidence that "staggering numbers" of people don't need food assistance: "We think they could live a little more frugally." For instance, maybe they could buy inexpensive ramen noodles instead of pricey broccoli?

Next, the editorial turns its eye to the abuse perpetrated by "students who attempt to get food assistance while attending college." Again, they don't bother with any actual evidence that anyone is cheating, but they figure that there just has to be abuse, because

If someone is spending money on tuition each semester yet unable to afford healthy food, the answer is not federal aid but rather reprioritization

A quick glance at Iowa State's own estimates of college costs estimates an annual pricetag (including "room and board") of $16,490, which should be pretty easy for a single person making the maximum qualifying income of $14,532. Maybe they could stop trying to get an education, which would only make them want nice things they don't deserve anyway.

After railing for several paragraphs about all this "abuse," the editorial allows that maybe there might be some "deserving families" who "truly rely" on food assistance, but these hypothetical worthy poor people must be separated from the "exploiters," who, again, appear to be anyone that actually qualifies for that whopping $95 a month in SNAP benefits. Having given no actual examples of abuse, the editorial closes with a condemnation of people who are "finding loopholes through which to exploit the system," and offers this Very Definite Plan for reform:

In order to make food stamps an efficient government expense, eligibility needs to be restricted. Monthly income guidelines should be tighter, and also shouldn't be the deciding factor in eligibility.

They don't bother say what should be the deciding factor in eligibility. Sincerity? Having a pure heart? Promising to be really grateful to their benefactors? A promise to stop being so poor and icky, and not show up at a nice school where decent people have to see them?