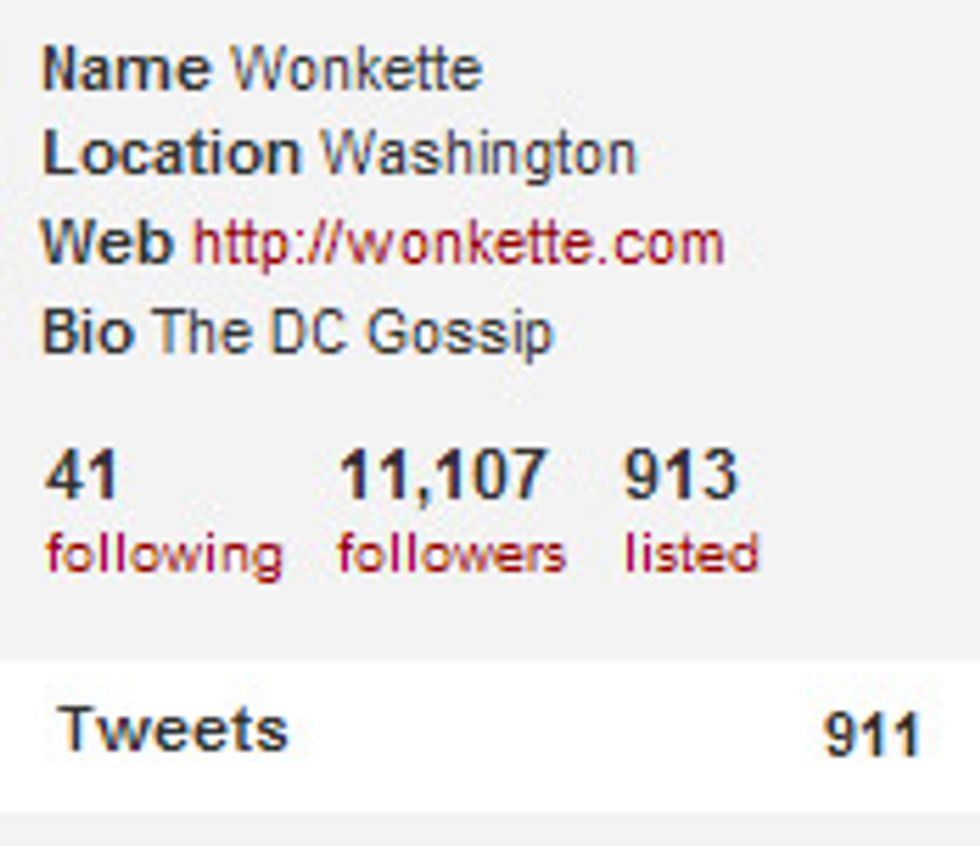 The other day we hit 911 posts on Twitter, which is a magickal number used to call the police when your neighbors are on the crack again at 4 o'clock in the morning andalso the infamous/dreadful day when America officially began its self-fulfilling prophecy to topple like a stupid bloated giant full of ass-cancer and institutional paranoia. In other words, "Follow us on Twitter!"

True, much of what we post on the Twitter are just headlines to the posts you're already reading here, but maybe you like Twitter for some reason, and like to click on that to end up where you might go anyway? Who knows what drives people, these days! ALSO: We do other stuff on Twitter, because sometimes there are jokes and comments even too trivial for a political-humor blog. We pointlessly recycle the bleats of Wonkette comrades and former editors, too, because why not. [Wonkette Twitter]