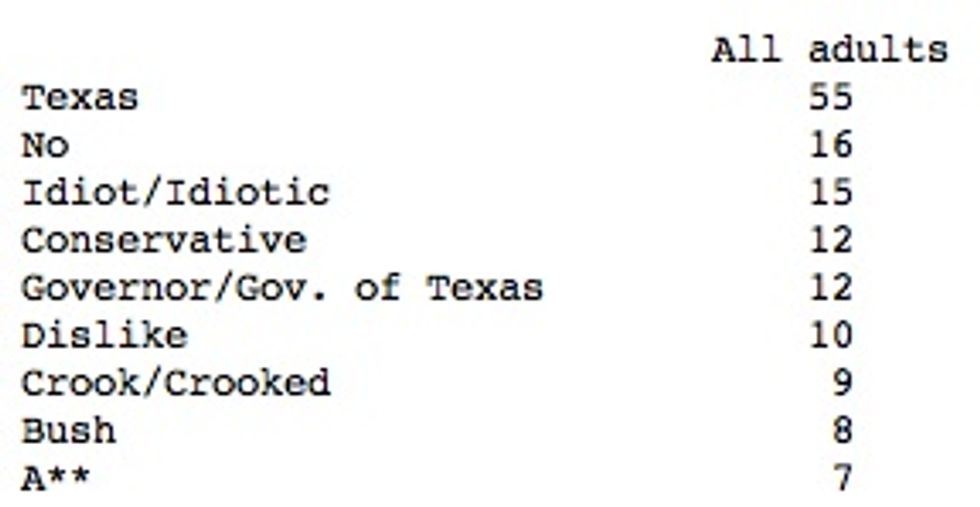 The Washington Post and the Pew Research Center ran some kind of verbal Rorschach test on American voters for comedy -- we can't see how it has much other value -- and asked what was the absolute first word that came to mind for each of the leading three GOP candidates. Predictably and in spite of nearly a million hours of nationally televised GOP debates with surprisingly high ratings in just the last month, Americans overwhelmingly still can't name anything about Mitt Romney besides his weird religion or much about Herman Cain besides his devil-worshipper "999/666" tax plan and of course "pizza." But the results for Rick Perry were a little more fun. Cowboy? Gunslinger? Christian? Nope! The top three words America has for Perry, in order: "Texas," "No," "Idiot." And how about a few of the runner-ups?

The top 9 results for Perry by number of mentions:

Ha ha, is that last one is "Apt," we are guessing?

And as usual, the sad "winner" of this bizarre exercise is still by a wide margin just, "No opinion."