Would This Guy Lie To You About Trump's Super Awesome Tax Plan? YES, YES HE WOULD! 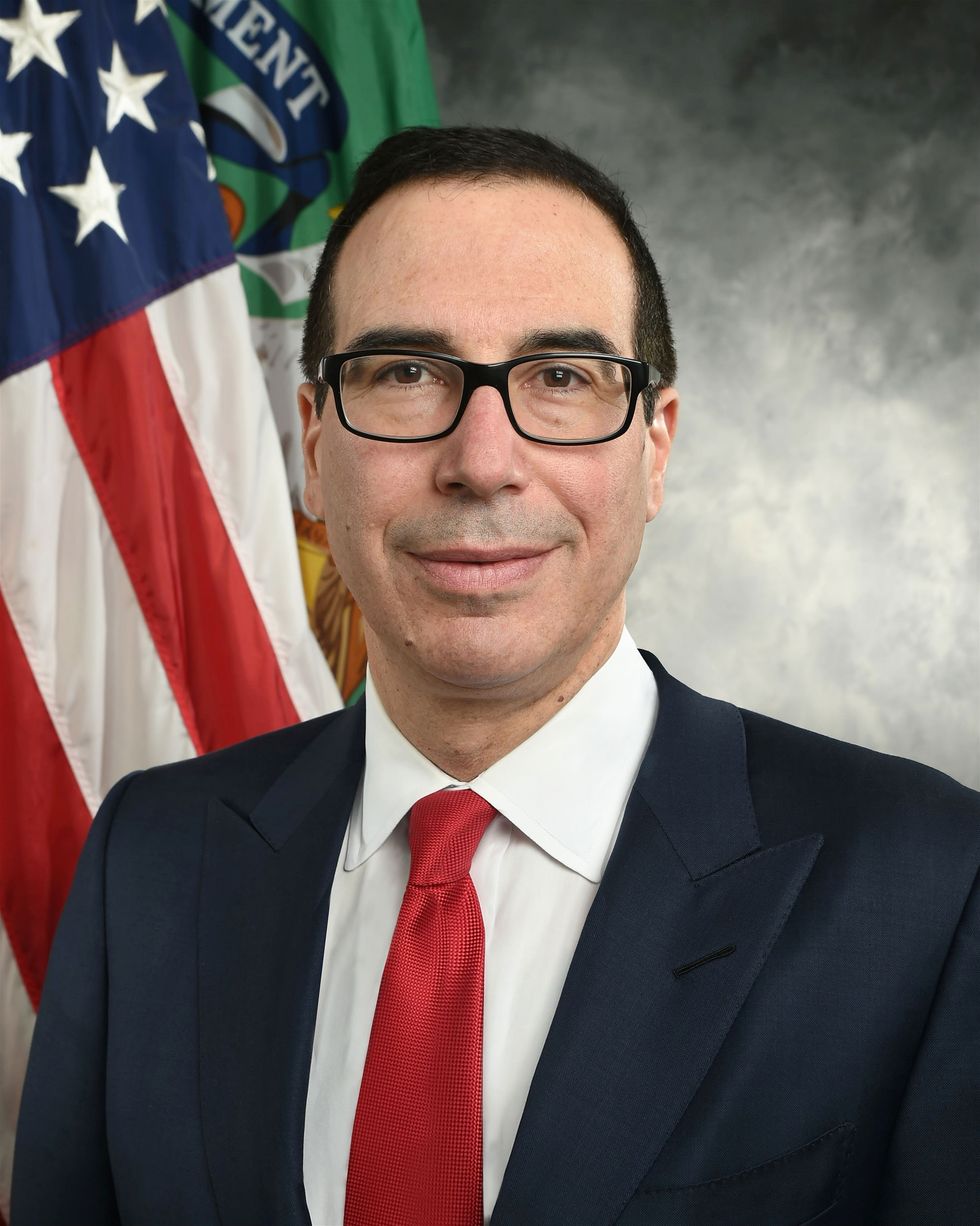 Don't you hate it when you're forced to tell a great whopping lie, like for example that your ridiculous tax plan will supercharge the economy and produce 2.2% annual GDP growth? But then all those pencil-pushing economists are like, Even if it were 2.2%, it would still blow a giant hole in the deficit! And you have to come back and be like TWO POINT NINE PERCENT! I MEANT 2.9% ALL ALONG!! NO DEFICIT! NO DEFICIT! YOU'RE THE DEFICIT!

Treasury Secretary Steven Mnuchin spent the summer promising that the Trump Tax Boondoggle would pay for itself and not increase the deficit by one red cent. This time, trickle down economics will totally work! Except that no credible economist agrees with him, and there is no model which predicts anything less than $1 trillion added to the deficit if the Republicans pass this tax abomination. Sad!

Never fear, Republicans! Secretary Mnuchin is here to rescue you from the twin scourges of math and expertise with A PAPER! But not just any paper, this is a magical paper that increases annual GDP projections by 0.7%. No, there's no modeling to support this. That would spoil the trick! Instead, The Great Mnuchin will conjure this growth out of future bills that haven't yet been drafted or voted on.

Treasury expects approximately half of this 0.7% increase in growth to come from changes to corporate taxation. We expect the other half to come from changes to pass-through taxation and individual tax reform, as well as from a combination of regulatory reform, infrastructure development, and welfare reform as proposed in the Administration’s Fiscal Year 2018 budget.

Wait, what? So the tax cut will blow up the deficit, but it's okay because Congress will just pass more tax cuts and then cut welfare in 2018? And America should take your word for it that these cuts will pass Congress and increase GDP growth by 30% over projections?

By this logic, we will lose ten pounds by New Years by swigging a quart of egg nog every day and then deducting twenty pounds from the scale to account for our plan to subsist on kale for the entire month of January. Sounds legit!

The Republican tax plan is based on magical thinking in the first place: Instead of banking their tax deductions, rich people will plow every penny back into the economy. Every rich person will take every $40,000 tax cut and use it to hire another housekeeper. Every housekeeper will pay $9,000 in taxes, and SOMEHOW this will increase tax revenues. It's true if you believe it.

Never mind the fact that Gary Cohn asked a roomful of CEOs how many of them were going to use all the money they weren't paying in taxes to hire someone and they were like, NOPE! BUT SHAREHOLDERS GONNA SEE SOME NICE DIVIDEND CHECKS!

VIDEO: CEOs asked if they plan to increase their company's capital investments if the GOP's tax bill passes.

A few hands go up.

"Why aren't the other hands up?" Gary Cohn asks.#WSJCEOCouncil pic.twitter.com/TD2oAlN27S