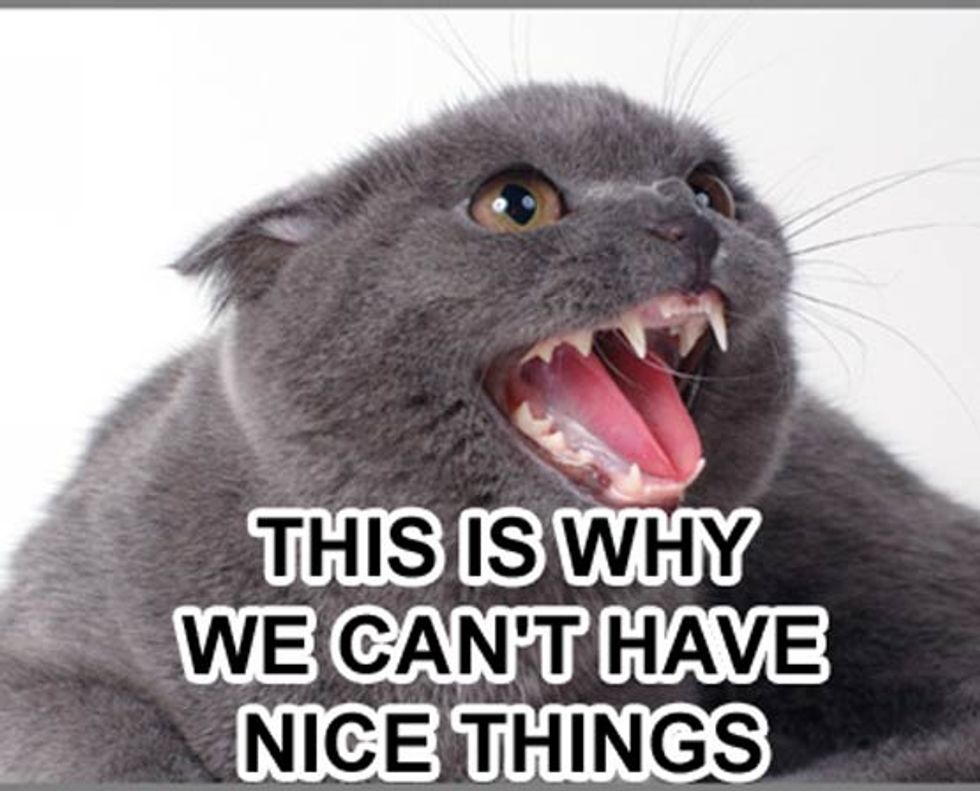 Yale, you seem like a lovely little college, with your charming brick buildings and all that ivy, and a student body filled with young eager minds who use "summer" as a verb and have collectively donated dozens of extracurricular hours teaching inner city youth how to yacht. Oh, and of course your ever-so-sensitive and tolerant policy toward rapists:

The word "rape" does not factor into Yale's new report on how the university is handling sexual misconduct; instead, the act is described as "nonconsensual sex," and it's usually punishable by "written reprimand." [...]

It is admirable that Yale -- one of the most prestigious institutions of higher learning in the whole nation, a school that has matriculated such fine minds as George Dubya Bush -- would refrain from using such a prejudicial and pedestrian word as "rape" to describe a violent sexual act that is done to a woman when she does not want it. These are complex situations, after all, and mere words cannot "fully capture the diversity and complexity of the circumstances associated with the complaints." And we all know that violent assaults on women are never simple.

These are challenging situations that have no clear answer, and that is why we are so very impressed, Yale, that you have taken such a hard stance against rapists by making it quite clear that anyone who practices "nonconsensual sex" might possibly, under certain circumstances, face extremely harsh consequences, like a sternly worded letter. As one young Yale student noted, obviously without even a hint of sarcasm, "What lovely Yale traditions: the Game, Mory's Cups, administrative tolerance for rape." This kind of tolerance is definitely not what unshaven man-hating feminazis mean when they talk about "rape culture" and a general ho-humness about the way rape victims are treated while their assailants get off with little more than a slap on the wrist. Like a brief suspension. Or a written reprimand. Oh no. That is why it is so refreshing to see Yale implement this zero tolerance policy. Not against rape, of course. Er, sorry. Nonconsensual sex. But against actually doing something about it. Way to go, Yale. Lux et veritas 'n stuff.