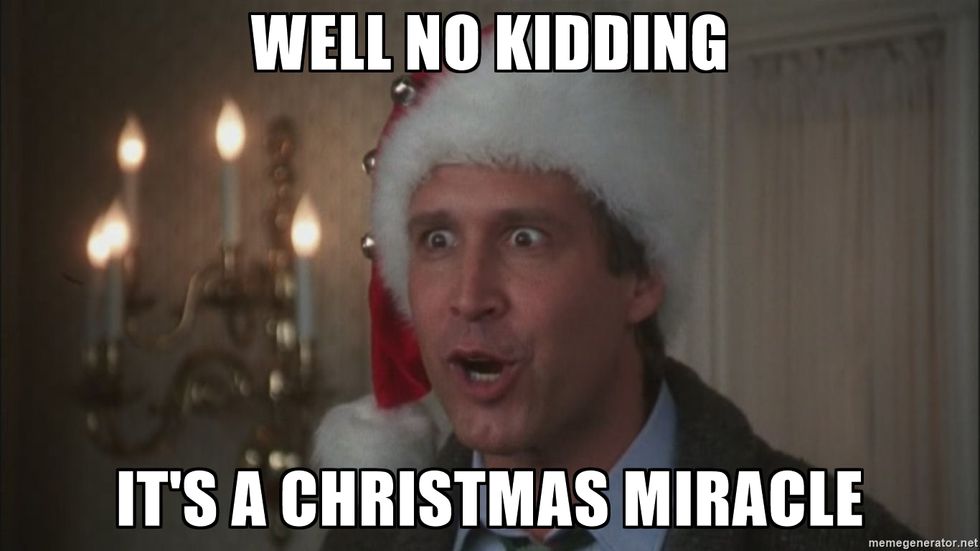 Hi, it is the day after Christmas, which means we need happy stories about Christmas miracles, and that thing about two of the most annoying and gross Trump spokesgoons finding extramarital sexual boning on the campaign trail is NOT a Christmas miracle. But the New York Times ran a lovely story on Christmas Eve about a town in the middle of Trump Country, the part of Pennsylvania that feels never-ending and is appropriately nicknamed "Pennsyltucky," that is extremely loving and happy and accepting when it comes to Syrian refugees. It is Lancaster, PA!

According to the Times, Lancaster, because of its deep Amish and Mennonite roots, has been uniquely accepting of refugees, not just from Syria, but all over the place:

Decades of resettlement work have transformed the Lancaster area into a medley of cultures so rich that Amer Alfayadh, 34, a senior case manager, struggles to name them all: “Syrians, Iraqis, Somalis, Congolese, Ukrainians, Belorussians, people from Kazakhstan. Then, of course, Lebanese, Palestinians. Bhutanese, Nepalese, Burmese, Sri Lankans …” [...]

New clients are often at their breaking point, uncertain what to make of this exotic land called Pennsylvania.

It's OK, we are a Southern American from the South, and we don't know what to make of the Pennsyltucky part of Pennsylvania either.

But the story explains that, while Trump was out there talking about building walls around Muslims, the level of support for refugees in Lancaster, many of whom are helped by a refugee nonprofit called the Church World Service, is much stronger. Sheila Mastropietro, who runs the operation in Lancaster, described a little anti-immigrant rally at the organization's office that was drowned out by more than 200 people who showed up to defend new arrivals in this diverse community. Mastropietro also told the Times that last year, the group resettled 407 refugees, that they're hoping to grow that to 550 total this year, and that when it comes to what might happen in Donald Trump's America, "We are acting as if the numbers are going to be the same — until we hear something different." We sure do hope they keep it up for as long as Emma Lazarus's poem at the Statue Of Liberty is still vaguely operative.

This holiday season, the group was preparing for new arrivals from Syria, and after having shopped for the food and furniture needed to make the family's new home welcoming, the Times tells us, a young Church World Service worker named Gaby Garver made a stop at the home of ANOTHER family that came from Syria seven months prior. She was there to pick up a home-cooked meal for the new family:

Inside, where five young children zip and waddle about, the prepared meal sits in expectation on the dining­ room table: a large aluminum tray bountiful with chicken and rice and a huge bowl of salad.

The oldest child, Mohamad, 14, helps Ms. Garver carry the food out to her vehicle, and she thanks him. He responds with the formality given to a new language being tried on for size.

See, we told you it was a Christmas miracle. Now go read the whole story at the Times and be happy that stories like this still exist in America, at least until Donald Trump makes them illegal.